Project Runway Through the Years 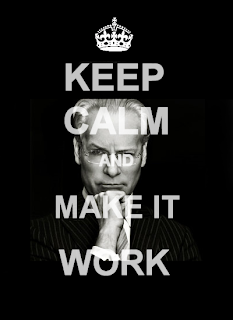 I've been blogging Project Runway almost as long as I've been blogging. The first season I covered was, perhaps, the best selection of designers ever. Everyone remembers the "fierce" winner Christian Siriano and his team challenge with Chris that resulted in the Organza Extravaganza!

Flash forward to the first time a villain took the prize in season six when Mean-a Irina won during Lifetime's rather rocky first season after a long Runway hiatus. But the network quickly redeemed itself by providing the wonderful Seth Aaron as season seven's well-loved winner. I'm still trying to find a black and white striped jacket like the one he made during the season. In fact, I wouldn't mind owning most of his winning collection.

While the last complete season of Runway resulted in so-so fashion and an OK winner, season eight introduced us to the wonderful Mondo only to let Wretched Gretchen win. Of course, Lifetime made it up to us by staging an entire season of Project Runway All-Stars with crazy huge prizes just so Mondo could grab so more screen time and secure the win he deserved. We were appeased.

There is no telling what the future of Runway will hold. We can be assured that great more designers will be kicked off before their time (like McKell) while terrible ones advance to higher rounds. I keep holding out hope that they'll amp up the challenges to the level of the olden days--or take on some of my dream challenges. At least we know that most everything should be well and good as long as the producers allow Tim Gunn to abide by his Golden Rules and keep making it work.
Project Runway

Jael Paris said…
I keep forgetting to tell you, there's a new guy at work who looks like Christian Siriano. Turns out he's the bassist in my boss's band, which is even funnier.
September 13, 2012 at 10:58 PM