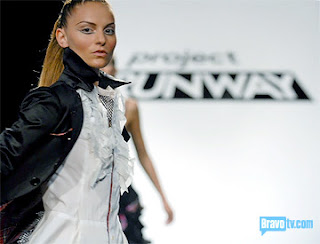 This week the designers had to create an avant garde look based on the models' unique hairstyles. However, they had to do it in teams. Team challenges are not my favorite because it becomes more about bickering than about the garment. I wanted to see what everyone would have done on their own.

As an added surprise, Tim announced that the designers would have to create a second, ready to wear look. This look would embody the essence of the avant garde outfit, but it be realistic enough to wear on the street. But wait, there's more. With yet another surprise, Tim informed them that the winning team's looks will be featured in a TRESSemme ad in Elle magazine.

The teams were randomly assigned. The team most likely to be fabulous was Christian and Chris. The last minute team was Jillian and Victorya who both struggle with time management, but they had a great avant garde design. 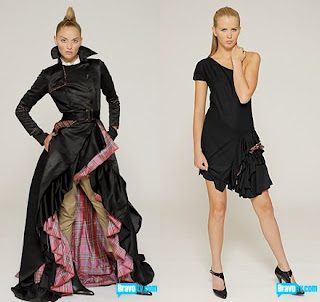 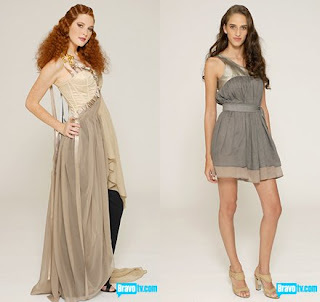 In the end, Kit went home. The design looked cheap and unimaginative. I wish it had been Ricky, but Kit was the team leader so she took the hit.
Sad to see Kit go: 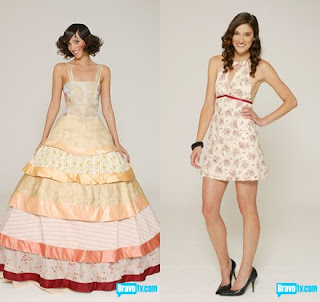 Christian and Chris proved fabulous enough win. Their over the top, truly avant garde look complete with 45 yards of fabric and a well matched corresponding look won them an ad in Elle magazine.

Could there have been a better team for this challenge: 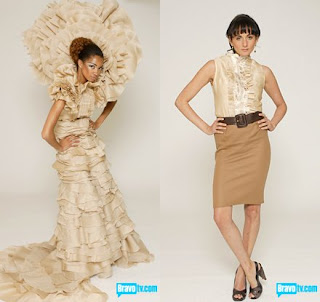 Unknown said…
These pictures are beautiful. Way better than on television.
January 17, 2008 at 1:19 AM

Jael Paris said…
Not having cable, I haven't seen this show, but I love Christian based solely on working for McQueen.
January 17, 2008 at 12:10 PM