By becca - July 27, 2010
My biggest complaint about the last season of Project Runway was the unimaginative challenges. The contestants dressed Heidi twice! It's not that challenging to dress Heidi Klum. These are some of my dream challenge ideas for Project Runway. We can only cross our fingers and hope they read my mind for these to show up in season 8, but there's always season 9. 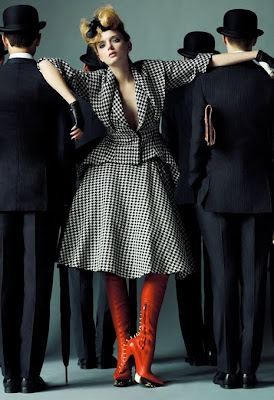 Create Job Interview Looks on a Budget
We're in a recession. Getting an interview is a big deal, but many people interviewing are unemployed so expensive interview looks cannot be purchased. This challenge is timely, and it forces designers to tackle tailoring, classic pieces and maybe even the dreaded dress pants. They would also have to be innovative enough not to make it look like a suit from Target. It might be more interesting if recent college grads were brought in for this challenge and the designers had to work on a each college grad's budget for fabric and accessories.

Dress Fashion Bloggers
OK. I will admit this idea mostly stems from my desire to meet Tim Gunn, so I'd like them to dress fashion bloggers and pick me. This would be an interesting challenge though. The designers would be dressing some of their toughest critics and biggest fans. Bloggers have pretty loyal readers so they would have to work hard to impress a blogger to avoid bad press. Also, bloggers come is many shapes and sizes so they'd have to accommodate some non-model body types. 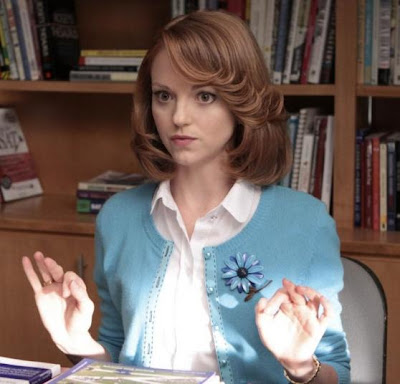 look good and fashionable and comfortable on the runway. The designers should also be docked points for all fat jokes.

Dress a TV Character
Any character with distinct style would do. It could be Blair Waldorf of Gossip Girl or Emma Pillsbury of Glee. Designers would have to step into a very specific, established aesthetic without losing their point of view as a designer. Either the actor playing the character or the costume designer for the show could be the guest judge. The winning designer would get their outfit on the show.

Convenience Store Challenge
We've been to the grocery store, hardware store, restaurants, and even the Hershey's stores for odd materials. Most of these 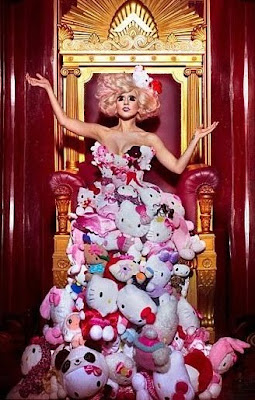 stores have at least some fabric in them. The convenience store may have some garbage bags, but this will force designers to use magazines, newspapers, Slurpee cups, coffee stirs, napkins, candy wrappers, chip bags and such to make garments. It would be difficult and colorful.

Dress Lady Gaga
This is my favorite idea. It would stretch the imagination of even the most avant-garde designers. How exactly does one come up with the next step after cigarette sunglasses and machine gun bras? I want to see what these contestants can do. I also want to see the pop star herself as a guest judge. Ideally the designers would have a $500 budget and be allowed to shop at one store in addition to Mood for crazy materials. This could also serve as a L'Oreal hair and makeup challenge since dressing Lady Gaga is about more than the outfit.

Sarah Dee said…
Ooh love the bloggers, lady gaga, and plus size women idea!! hmmm I think they should create a vintage inspired outfit with modern wearability, something to showcase their favorite era ;)

the horror is my favorite section, there is some pretty weird stuff there :D

pamjg said…
I would love for the designer to go into a second hand clothing store to purchase items to create an outfit.
I watch the show faithfully and would love to see what they would come up with
December 11, 2010 at 12:46 PM

Bespoke Tailor said…
i ove a amazing premium quality shirts
December 1, 2022 at 7:41 AM