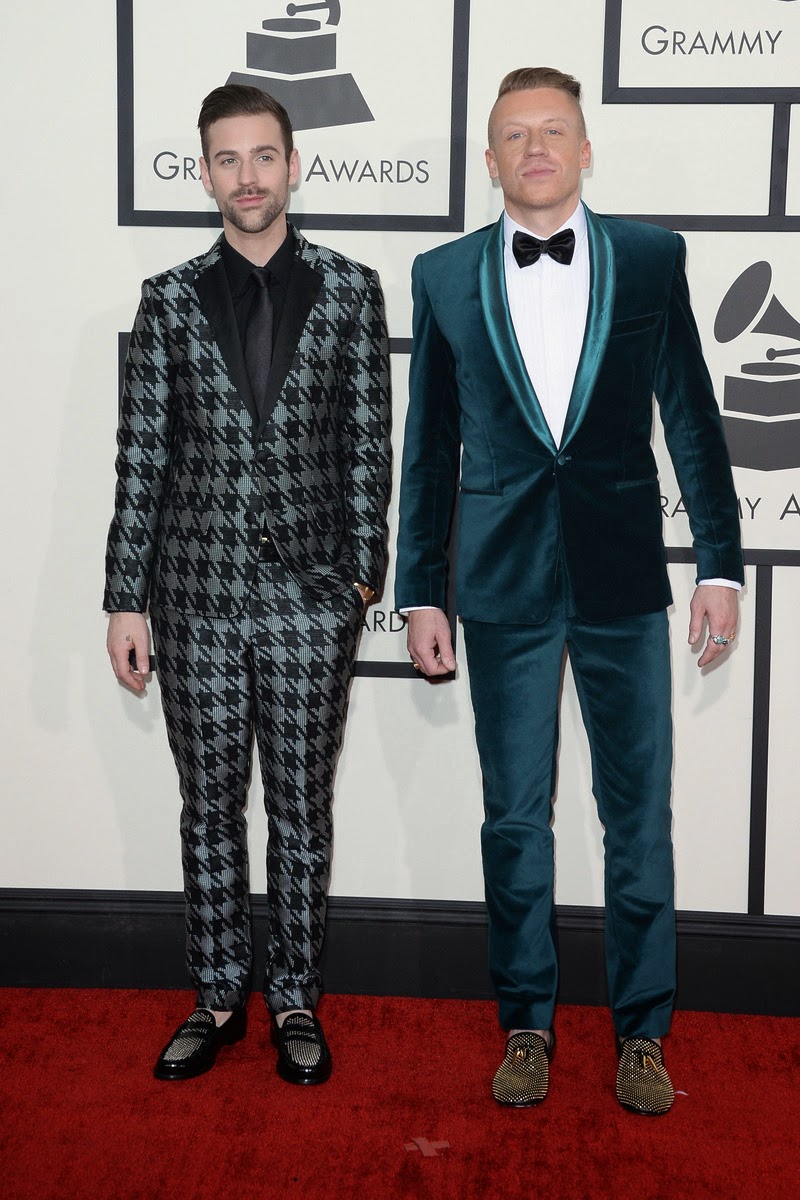 The Grammys should be a place where people are expressive with their clothing. After all, musicians don't need to fade into a role the way actors do. Few of these people are fashion house faces. They are their brand. So why with the quiet? Are these people shy? (Is the wonderful Kacey Musgraves trying to disappear? You beat Taylor "Award Machine" Swift, girl! You were so cute at the CMAs!)

Macklemore and Ryan Lewis are not shy. Macklemore went dressed all in green 'cept his slipper shoes, those are gold. Ryan Lewis swapped a leopard mink for houndstooth suit. Who else thinks it's cute when friends coordinate their outfits?

Katy Perry was one of the few artists who tried something fun. Most people seem to not like her dress because it's too literal, but my issue is more that the parchment color is too close her skin tone. (I also think the dress would be better with a full, opaque skirt.) In contrast, the burgundy ballerina dress with snake detail she wore during the show was more suited to her coloring and figure. They are both from Valentino's recent couture show and use similar construction. Color is so important. 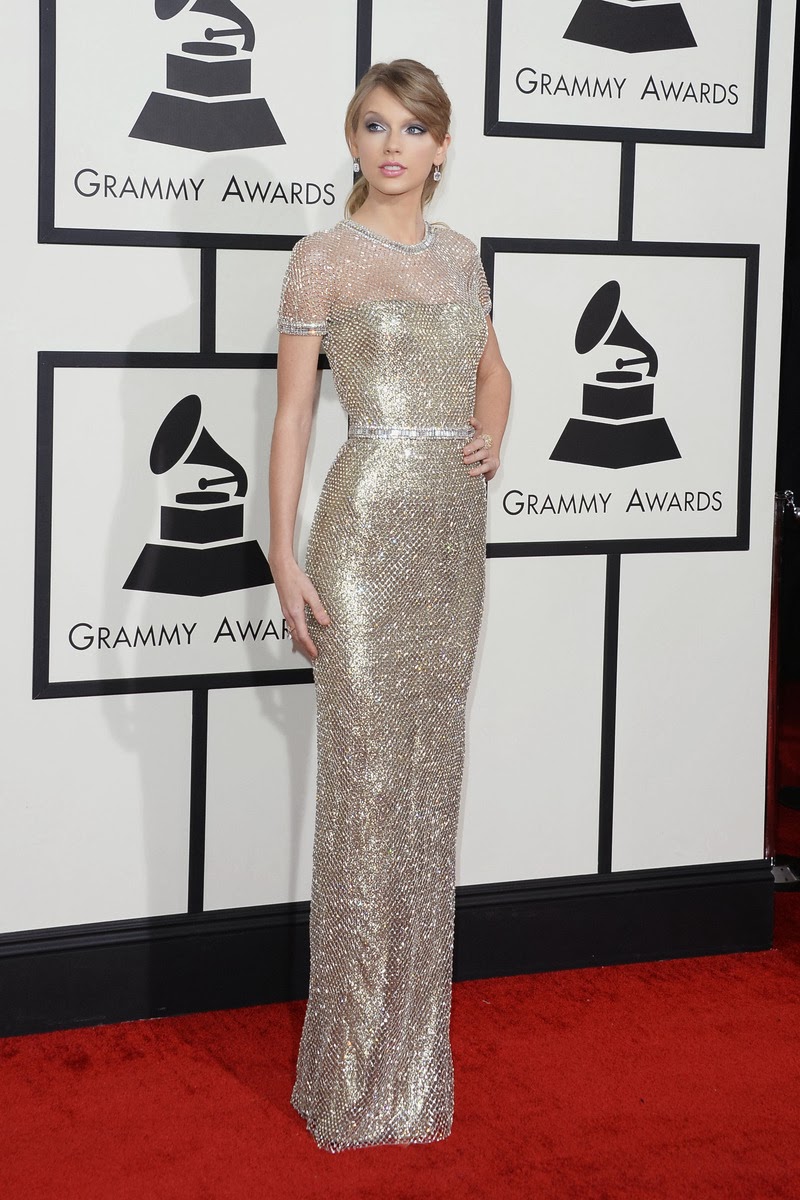 Taylor Swift was typically sparkly. Yes, she looks amazing. However, it made me immediately think of similar dresses on Carey Mulligan, Anne Hathaway, and Michelle Williams. Still, don't mess with what works; that goes for Taylor and the designers of silvery-white sparkle dresses.

While Taylor is topping most best dressed lists (Look, Taylor, you did win something), my favorite of the night was the legendary Cyndi Lauper. Cape, giant bedazzled neck detail, and blazing red hair? Bring it! (Note to Madonna, it helps that Cyndi was being herself instead of trying to connect with a younger generation via props.) 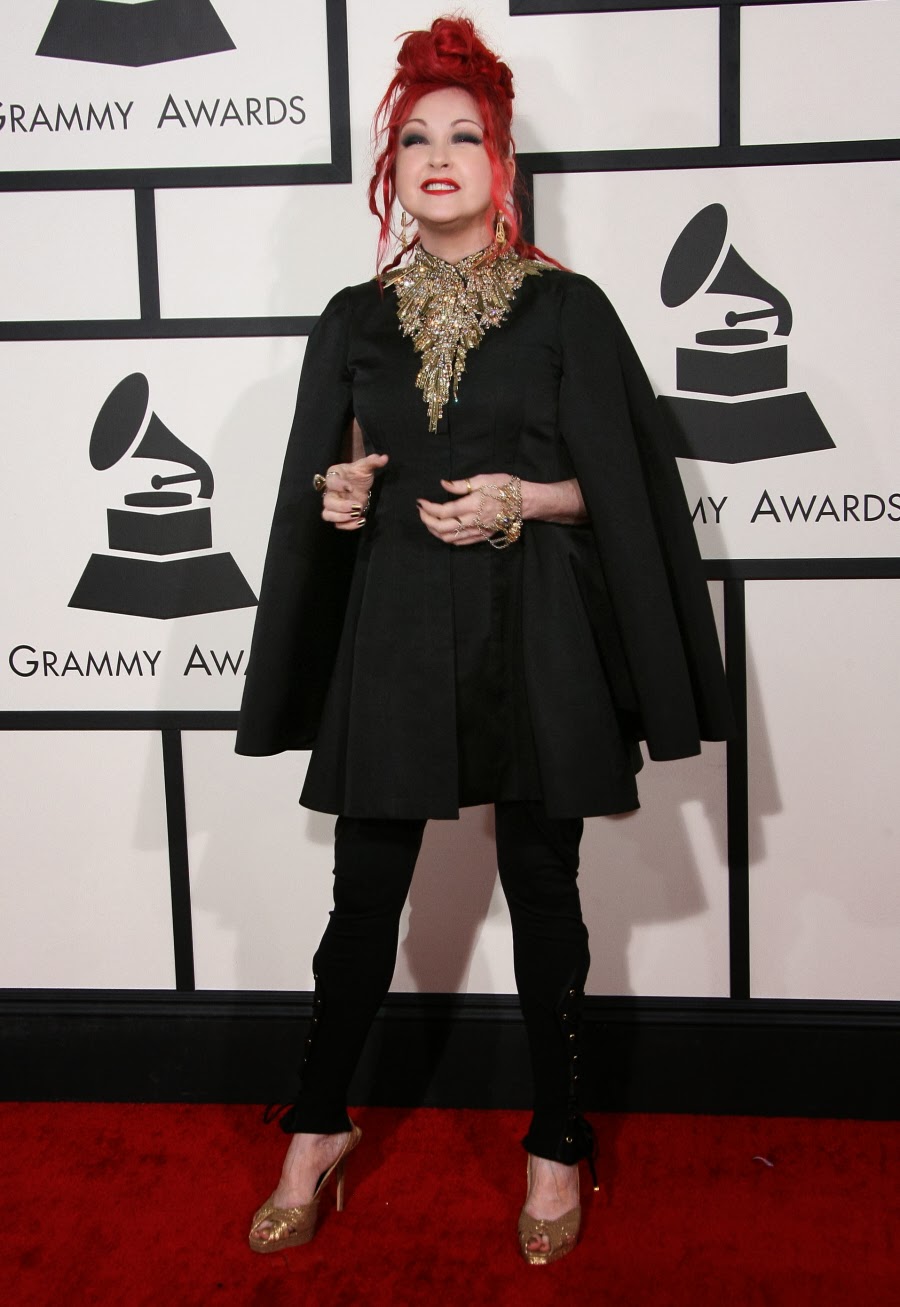