By becca - January 18, 2010
Last week, Jael Paris dressed several Golden Globe nominees in theory. Now, we get to look at their actual choices and compare them to Jael's choices.

Tina Fey wore something other than a black draped gown! It wasn't quite a color, but I'll take it. I thought her choice was playful and unexpected. I also loved that it was raining because we got some adorable umbrella pictures. It's not dramatic like our choices, but I like a comedienne in a playful dress. 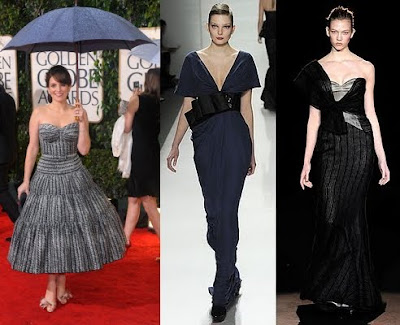 Drew Barrymore took home a Golden Globe last night, and she got her hair right doing it. I'm not so sure about the dress, though. I love the dramatic shoulder, but I'm not a fan of the hip. I also don't love the color, and the shape of the rest of the dress is pretty blah. I would have liked either of our choices much better. 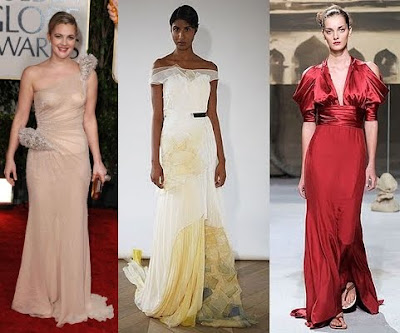 Zooey Deschanel was a no-show so we can't rate her choice (sad face). Please, accept this picture of Joseph Gordon-Levitt instead (happy face). 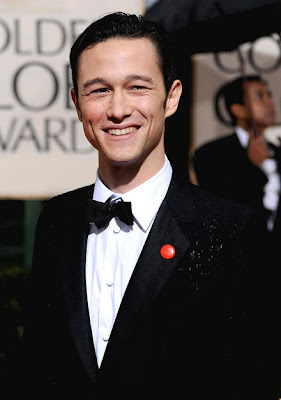 I love, love, love the color of Sandra Bullock's dress. However, I'm not crazy about the dress itself. It's fine as a dress, except for the see-through bottom. Thoughts? 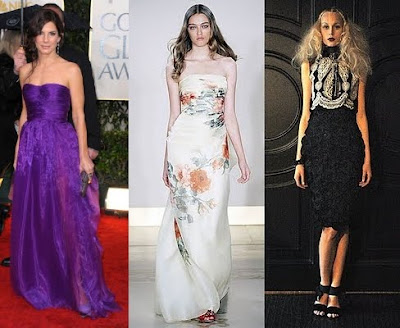 I heart Jane Lynch, but I don't know that I feel the same way about this dress. I would have liked to see her in something more fierce like the other choices here. 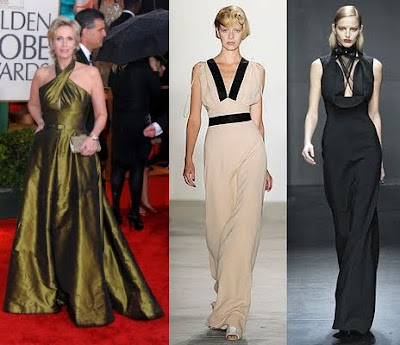 Marion Cotillard didn't fail to serve up an interesting choice. I like the pretty folds and drapes, but I don't like the "my bra and slip are showing" look. Not my favorite choice from her. 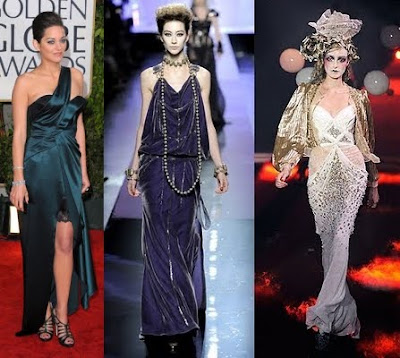 January Jones looked nice. I just expect more from her. The dress was basic and pretty with a cool collar/shoulder detail. Again, nice umbrella shot, but I would have like to see her in one of our choices. 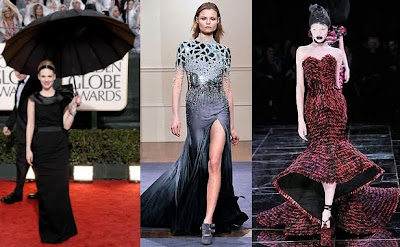 Jael Paris said…
I love Jane Lynch's color choice. Last night was awash in jewel tones and neutrals, so the metallic green is bold.
January 18, 2010 at 10:44 AM

Sam said…
I actually thought that Tina Fey's dress was completely awful- one of the worst of the night for me. And also I LOVED what Drew Barrymore was wearing, I thought it was pretty much perfect. But I agree about Marion Cotillard, I was expecting more from her, esp as her Oscar dress was so amazing. x
January 18, 2010 at 10:58 AM