By becca - August 07, 2014
Project Runway is back! And guys, I totally missed it. I don't know how. I haven't missed a premiere since season two started. How did I miss it?!
Anyway, I apologize for the slightly behind schedule recaps, but I will catch up! Here we go, head first into season 13. Lucky 13, as Tim put it. 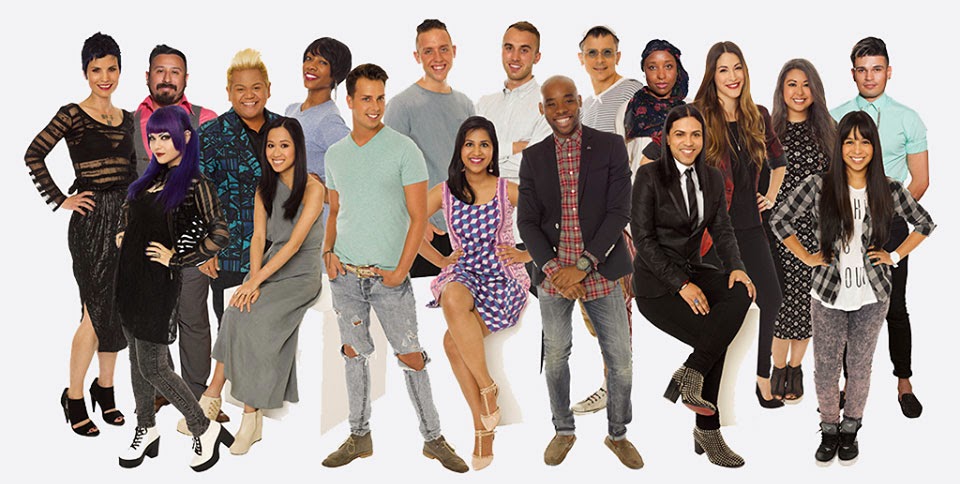 The season decides to open by showing us 18 designers and making them audition for the 15 spots. Honestly, they could just introduce us to them quickly in a straightforward way and cut to the challenge, but why be simple when you can be a show on Lifetime?

The first challenge follows traditional "get to know the designers' point of view" style. They were challenged to create a look from what there finale collection would be if they were to make it today. The catch? (Because there is always a catch). They had to make these looks from the fabrics enclosed in a trunk of five fabrics. Not all the trunks were the same so designers had to trade and bargain. They also had access to dye, which I think only one designer used.

The best part of Tim's critique time came during his talk with the very timid Angela. Tim tried to delicately explain that her model might need some waxing. Her pants were meant show skin around the hipbone and Tim said, "You may have to give your model some grooming assignments tonight." She didn't understand, and Tim had to explain that such a cut out was close to some other "anatomical parts."


On to the runway:
Click through the slideshow below to read some brief thoughts on the designers who were safe:

The top three:
Amanda rounded out the top 16 after the audition process. She is from season 11. I vaguely remember her. From what I recall, she seems much more certain this time around. She said to Tim that last time she was afraid to grab at time and attention, but not this time. I'm glad she's choosing to take up a little more space, because her first look featured some cool, well-made pants and draped top. The judges liked it quite a bit too earning her a top spot right out of the gate--a good comeback. 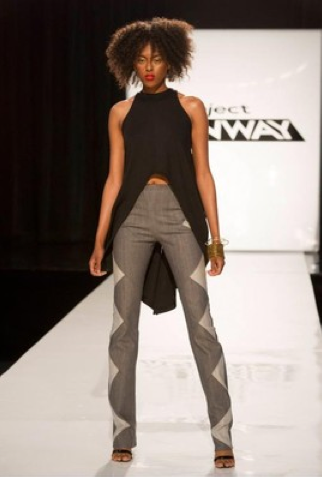 Char is an early favorite. She's from Detroit! (I'm from the burbs, but still. We're both from here-ish). I loved her look. I would wear it (with a cami under it because no crop tops). I was cheering for her to win, but I'm fine with her as a runner-up. I hope she keeps making cute stuff. Go Detroit! 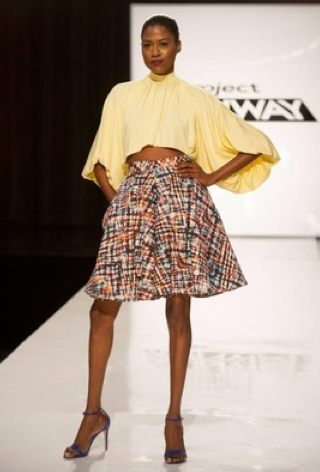 Sandyha was the most gossiped about by the other designers. No one could get their minds around her look. The judges, however, loved it. Per usual, they are started the season by celebrating interesting design (they will forget about his soon). They liked her point of view and saw the passion in the look. The other two top designers had better finishing, but they thought Sandyha has more vision and risk. I'm glad they chose to celebrate that and also confuse everyone else a whole lot. 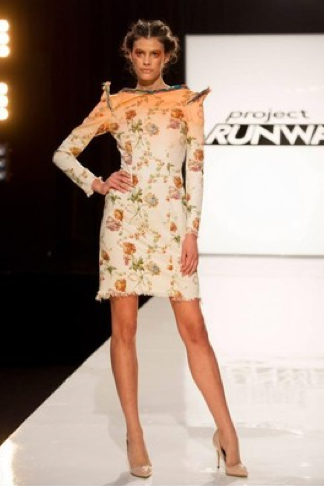 The bottom three:
Angela makes me nervous because she is so incredibly nervous! She needs to chill. The judges told her during auditions to up the volume. She tried to do that by making her looks show more skin. The judges corrected her saying they wanted to hear her voice not seem more skin. Ultimately, she was safe. 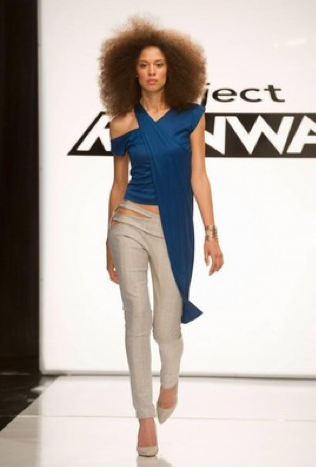 Mitchell is annoying. His super basic shorts and top (that may or may not be permanently connected--I can't tell) were boring. I can buy them at any juniors shop in the mall. See? This was my pick to go home. I guess he was kept for his outrageous personality rather than his talent. 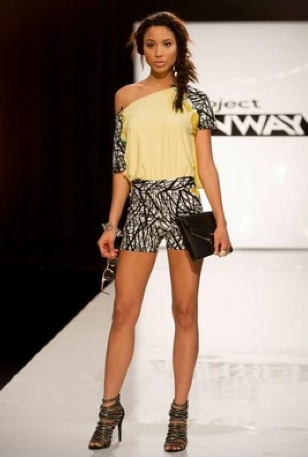 Jefferson was the first to go home, and I'm sad. Yes, his proportions were terribly off, and one designer did say "side butt is the new side boob" when his look went down the runway. However, he was trying to create something interesting here, and it was far more interesting than Michell's look. 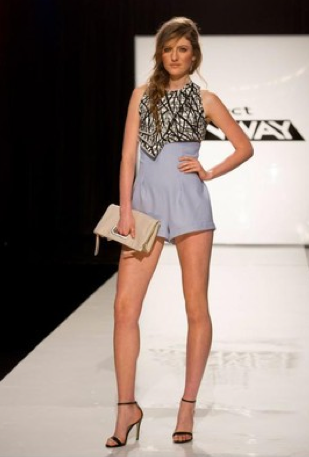