Under the Gunn Episode 12 Recap

Not a whole lot happened in the last episode before the finale, which is a little odd. In fact, nobody won and nobody went home, However, this was the challenge with the best theme I've seen in this or Project Runway (and All Stars).  The designers did a good job of making everyday looks with some cool interpretation of the superhero inspiration, but none of them really wowed me. In fact, I'm struggling to remember a lot of it.

Shan always makes his girl look cool. From a distance this almost looks like metal or armor. It's not crazy awesome, but it's cool. 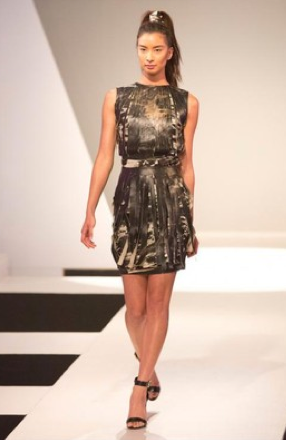 Oscar can make anything. He did this in a day. He wasn't rushing. Also, he continues to be the nicest, happiest person ever. It's hard to see detail in this photo, but she looked cool. 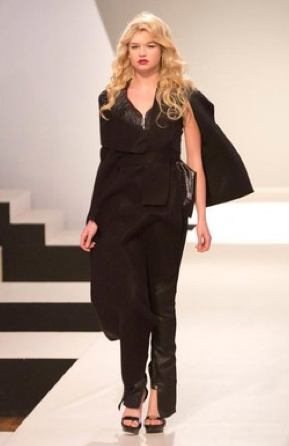 Asha had a cool mix of hard and soft. I'm sure most people saving the world would like to keep their knees from getting skinned, but other than that I like the pants. The top is pretty too. The construction is still lacking. I hope she does better with more time. (They will get more time for the finale, right?) 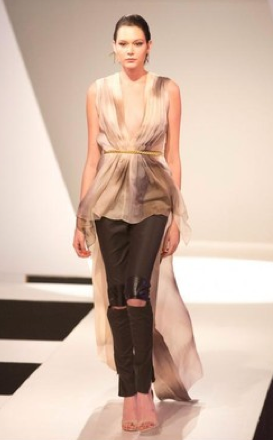 Sam was actually the most daring because he stayed really true to his style and went a very different direction than was expected. I don't love this look from the front, but I love the back. She felt swooshy and powerful, but she still had Sam's laid back, slubby vibe. 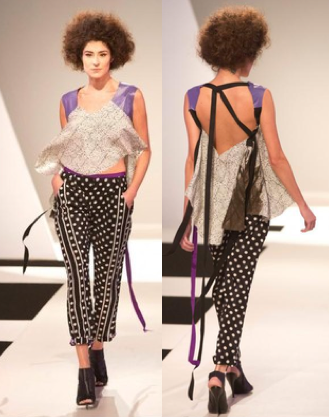 What did you think of the non-elimination? I'm glad to see more from all of them. Whoa re you cheering for?
Project Runway TV + Film