Under the Gunn Episode 11 Recap

By becca - April 03, 2014
Oh the client challenge. This should be a more frequent challenge in design school. The designers actually did pretty good with the varying body types for the most part. They struggled, however, in advising their clients on what was best for them. The designers all seem to know how to make clothes, but they don't seem very good at relating those clothes to people who might not be their ideal customer.
Team Anya lost Blake. His look was not good. I think I could have bought that dress almost anywhere. On the flip side, Shan shone last week. His first look was a stunner, but the client was allergic to the material (I hear ya, girl. I have to take the cutest dress back because I realized I'm allergic to the material. So bummed). He made it work though and pulled together a cute polka dot dress that ended up winning the whole week. 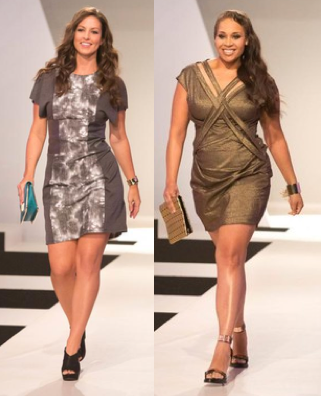 Team Nick only has Oscar left. The judges didn't love that Oscars look aged his model, but they did love the contruction. It's totally Oscar's style and everything the client wanted. She does pagents and had a hard time finding dresses that don't overwhelm her. I can't believe this was made in a day. Oscar is a wizard. (He just needs to cast a "think younger" spell. Or when he is done with the show he can just dress older wealthy women, which is probably a great career choice for him). Also, Oscar continues to be just the nicest guy. 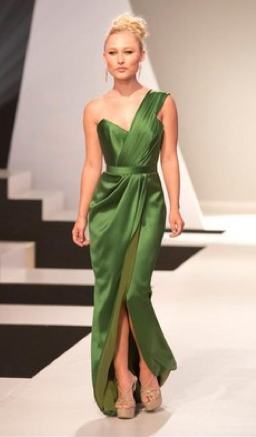 Team Mondo made it through the week with two designers still standing. Sam earned a low spot. His model loved the dress and it was a good compromise between what she wanted and what Sam does. It just didn't fit great. The judges didn't bring it up, but it did the fold over fabric by the boobs that I just hate. Everything does that on me so I would scream if a custom made dress did it. (Side note: I would be the worst client on Under the Gunn or Project Runway ever. Or maybe I would be the best...) Asha's client loved the look. The judges loved the concept, but wanted better finishing. 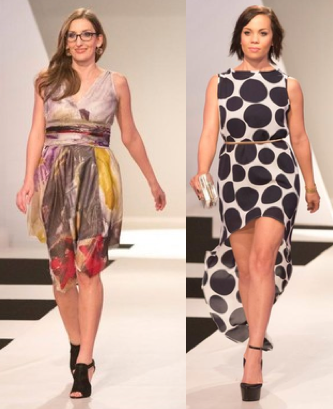 What did you think of the challenge and the outcome?
Project Runway TV + Film