By Jael Paris - March 18, 2014
Ashish was a hot mess ode to girly tom boys. However, the fails here were a thousand times more interesting than the boring slop Tom Ford put out. I would rather see a designer experiment with something that may not be marketable than see someone "design" a $1000 skirt that looks like it came from Penney's. Ashish is at least trying to push fashion in a direction, a laughable and horrible direction, but a direction nonetheless. 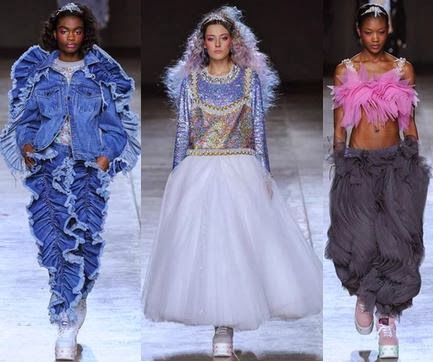 The colors, the shape, everything is just wrong about this Jonathan Saunders ensemble. 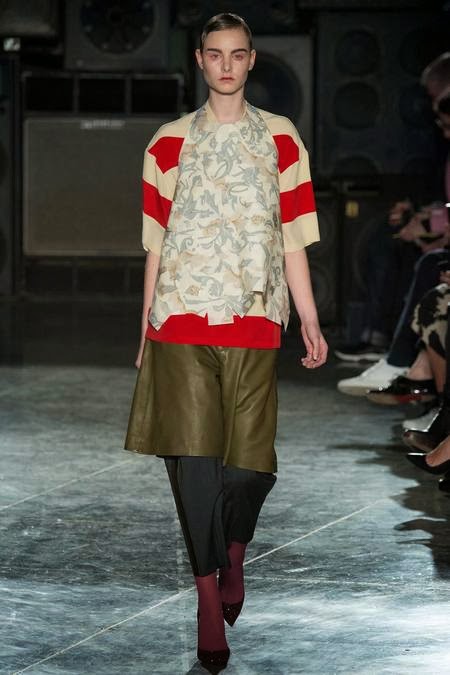 Christopher Kane spent so much money on his show, they he had to cobble together trash bags as shoes. 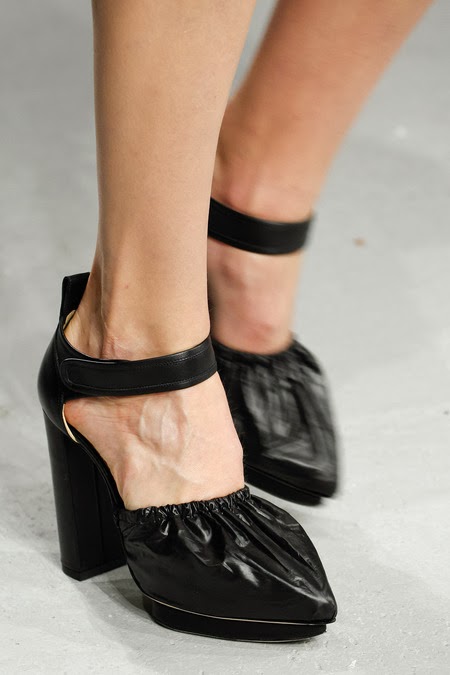 Felder Felder's jumpsuit is so bad, even the 90s aren't interested. 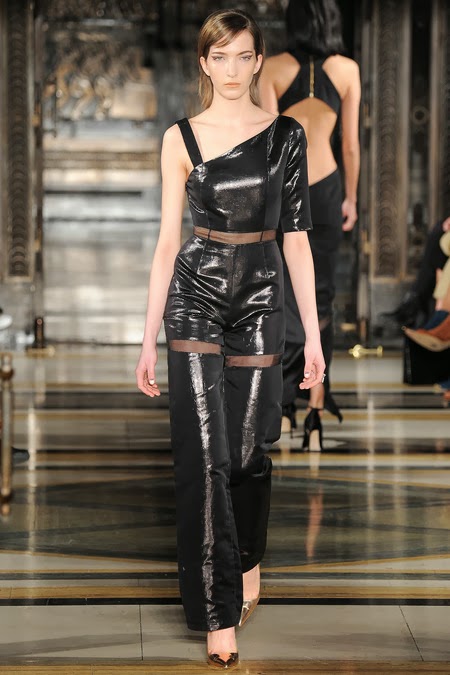 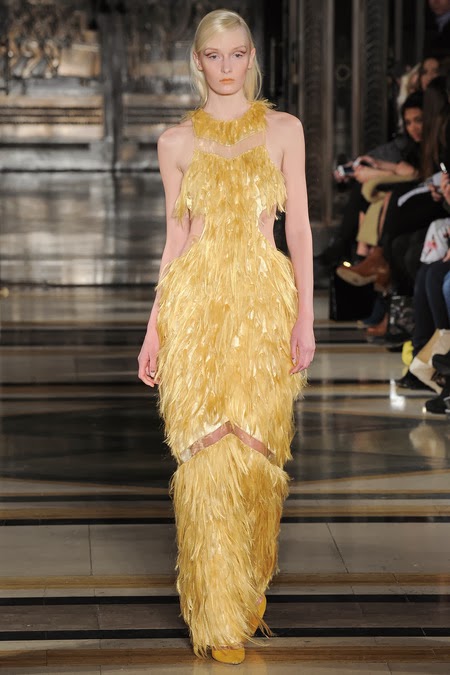 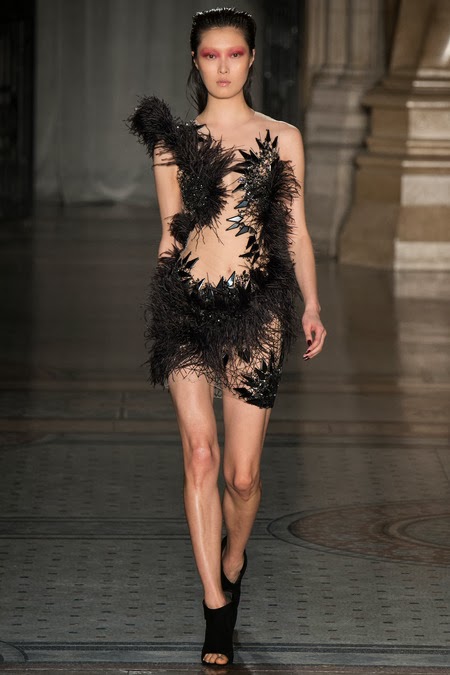 How do you sit without being arrested for indecent exposure? (Julien MacDonald) 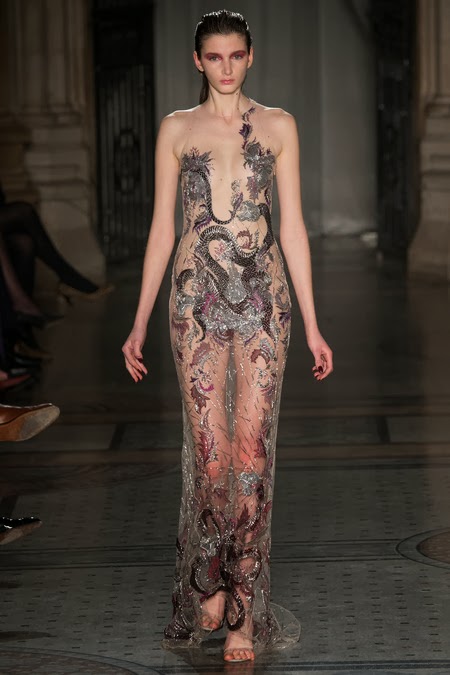 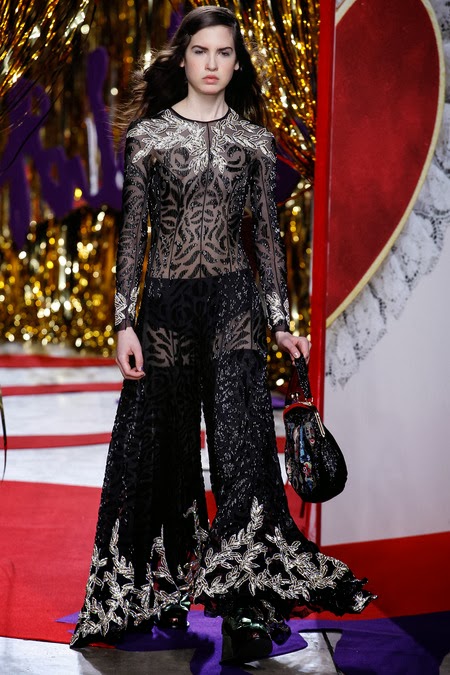 The matchy-matchy (that doesn't quite match), the high-waisted pant, the top's agenda to drag down the models boobs, the bad ruching, the fit in the crotch... (Matthew Williamson) 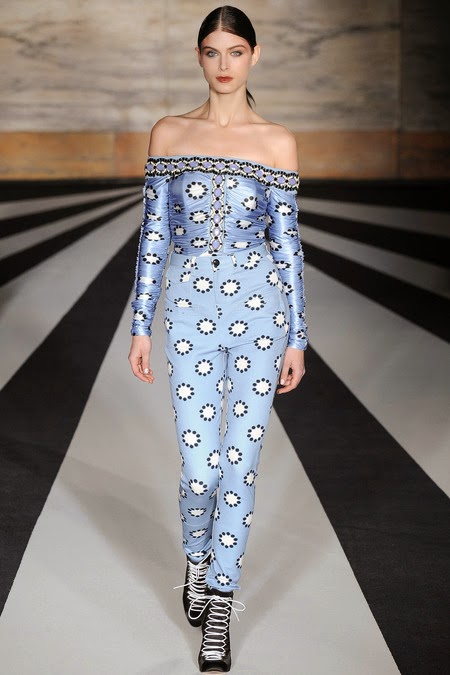 That might be a kind of cute sweatshirt hiding under there, but this dead Muppet coat (and the many like it) from Matthew Williamson is nothing close to cute. 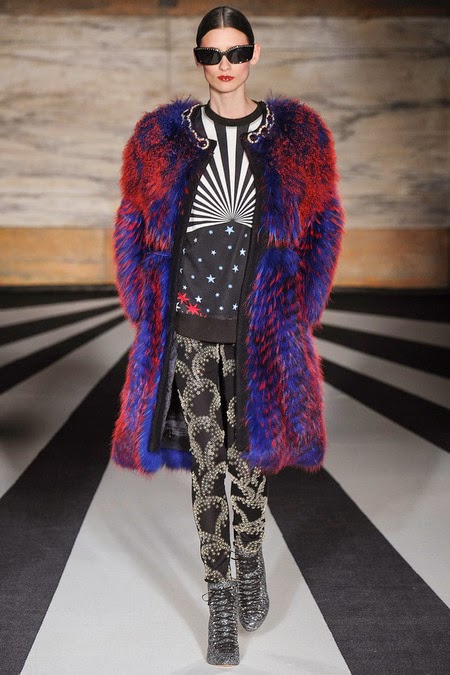 Firework boobs! Firework crotch! Her lady parts must be exciting. 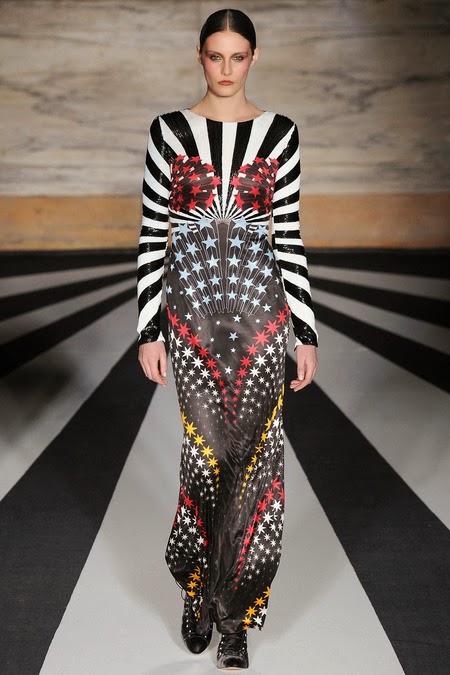 Individually, each of these prints might be, well, only somewhat overwhelming. All together, I think they are giving me motion sickness. 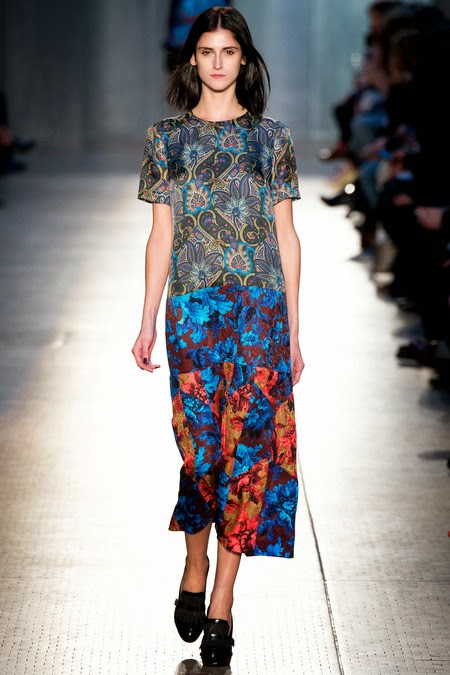