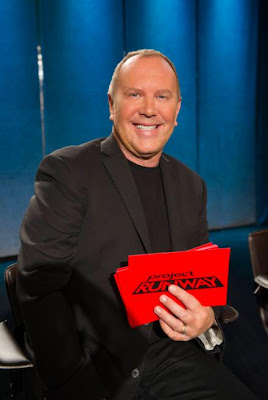 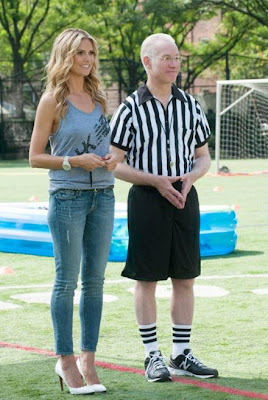 3. Ken called Karen "grandma" she may have a slightly frumpy sense of style, but she's 29. Seriously, Ken is awful.

4. The designers had to create a look to fit in with Heidi's sportswear collection with New Balance. It wasn't the most interesting challenge to look at, but it was kind of cool to see with the designers could do when they couldn't embellish a ton or go crazy with shapes.

5. Helen won again. She is really surprising me. I liked the jacket she made a lot. 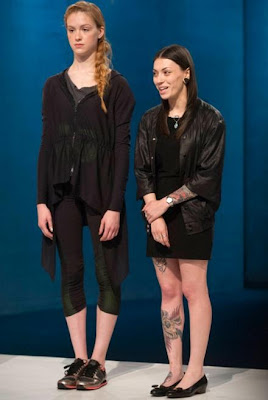 6. Michael Kors called these pockets "pleasure me pockets." Seriously, no one comes up with quips like Kors. Also, Heidi liked this, which I don't get. It's one thing to have a drop crotch for style, but how are you supposed to work out in this? No bikes, no yoga, no long steps, nothing to keep your thighs from chaffing. 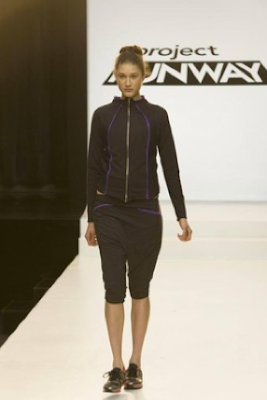 7. On the other hand Michael called Karen's losing look a fat girl about to get a cookie. That one wasn't cool Kors. However, I do thing this look deserved to be in the bottom. I wish Ken was out (his look was just boring), but I don't think she was much longer for the competition. 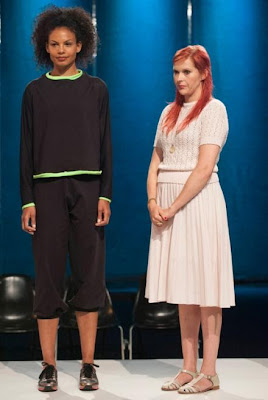 8. I really liked what Kate did. Had Helen's jacket not worked out so well, I think Kate would have won this challenge. 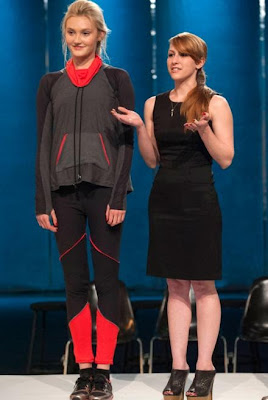 9. I was surprised Bradon wasn't in the top. They sort of had Alexander in the top, but they also sort of hated his. I really liked Bradon's look. I would wear this to the gym. 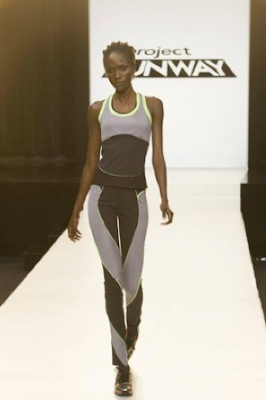 10.  I'm loveing Kate, Bradon, Helen and Dom at the moment. I feel like everyone else is starting to fall far behind them.

11. I'm really ready for Ken to go. His look was fine, but I also bought it at Wal-mart for a total of $10 recently (I'm serious. Mine is teal instead of purple, but it is the same). While I'm not sad that Karen left because she would have left soon, I think Ken should have lost points for not even trying to be original. At least Karen tried something. Ken is just dull and annoying. 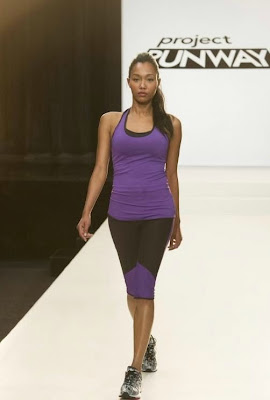 12. Who are your favorites? Did you like who won and lost?
Project Runway

I'm satisfied with the losing and winning designs. I agree with your top 4. I'm surprised how much I consistently like Kate...
September 18, 2013 at 12:34 PM