By becca - August 06, 2013
The Women is a rather strange film. There are no men seen in the entire thing, yet it doesn't quite pass the Bechdel Test for a film that really represents women. Still, it's packed with tons of witty dialogue (even if the outdated ideas and back-stabbing women make me lose my ability to speak), and over the top fashion.
The plot unfolds at the hands of a manicurist peddling Jungle Red nail polish, and in this film, it's a jungle out there for women who want to keep or get a man. 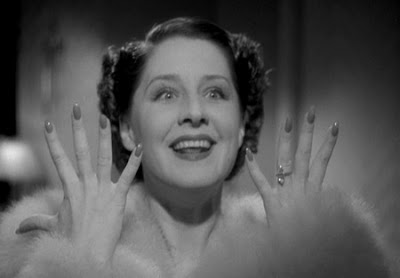 Its not just the polish name thats appropriate, the town gossip (played by Rosalind Russell) gets a dress covered in eyes (as if she had trouble seeing everyone else's business). 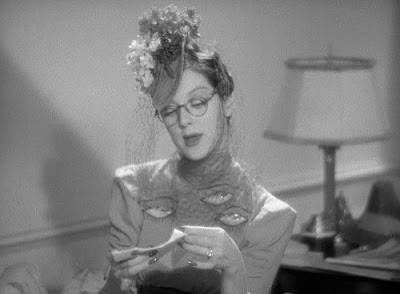 The fashion treat in the film is a technicolor fashion show. The rest of the film is in black and white, but the novelty of technicolor made the plot-dragging fashion sequence a big deal to audiences of the day. While film critics find fault with it and the movie's director wanted it cut, I love the zany fashions and the costumers' attempts to squeeze all the colors, all the styles and all the shapes possible into this scene. 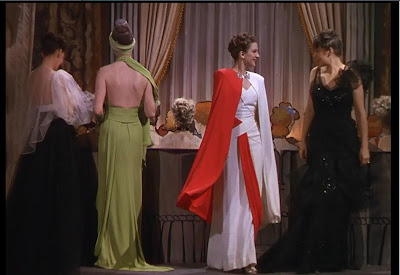 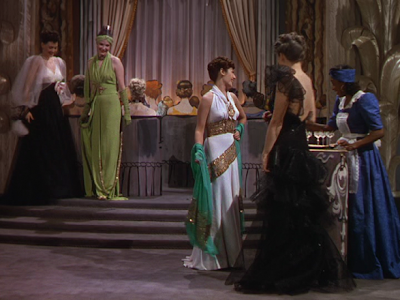 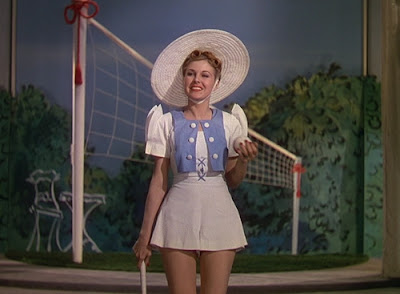 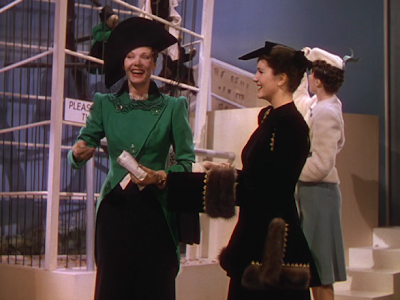 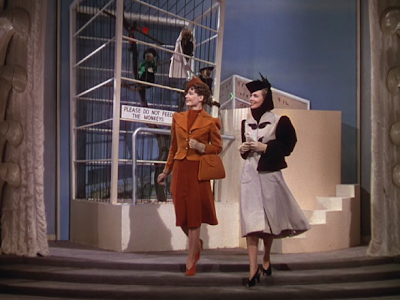 The most outstanding look is this hand closure cape. I have no idea what is going on here. 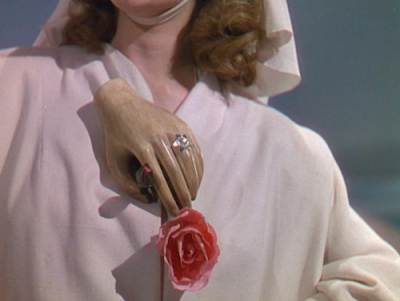 If you want a fancy up-do that won't be spoiled by the wind, order one of these clear hats to cage it in. Speaking of hats, this little gold cone never fails to remind me of the fanciest Conehead look. 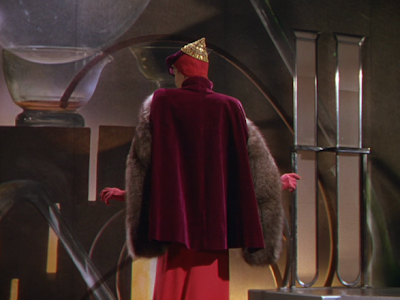 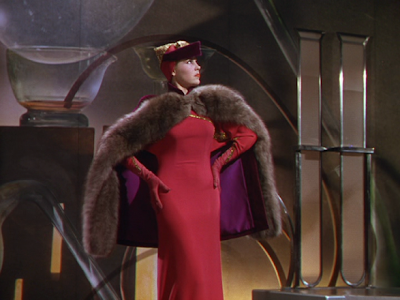 More headwear. . . (and check out those jackets and shoulders). 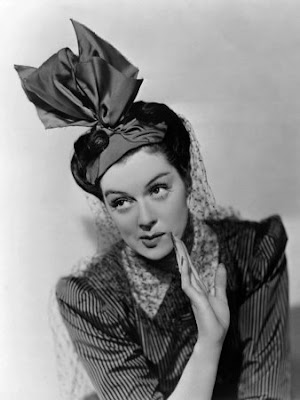 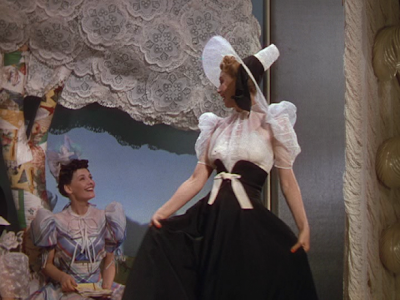 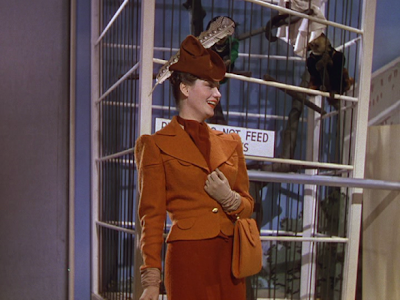 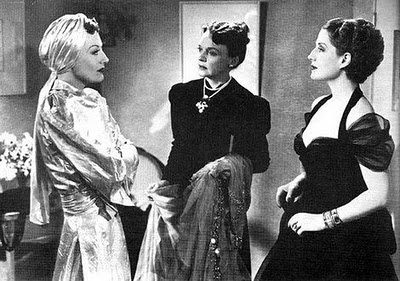 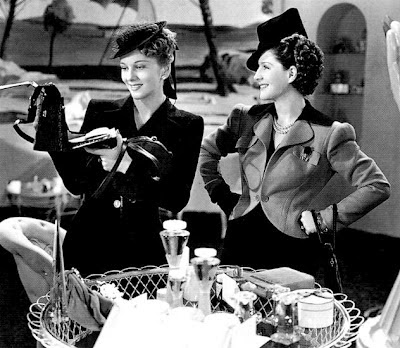 It's a bit drab compared to the rest of the technicolor sequence, but this dress screams old Hollywood drama to me. 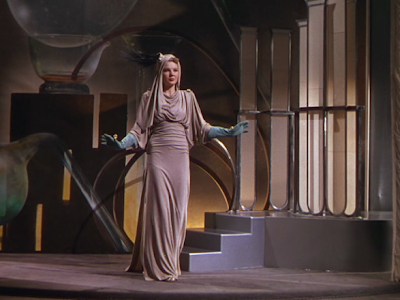 My favorite dress from the fashion show, is this one. I would love to have that jacket and the shorter part of the dress would be fun as well. 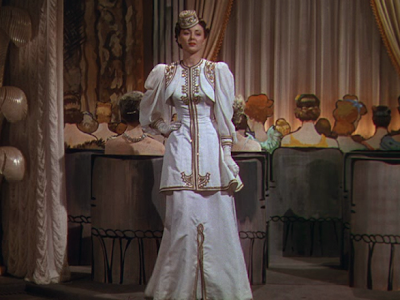 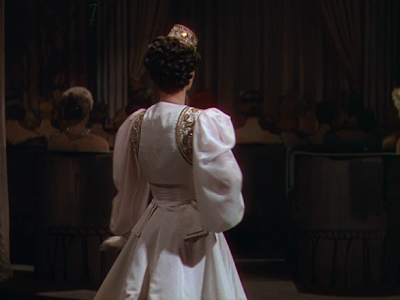 When time for a climactic showdown, Crystal Allen (played by Joan Crawford) certainly comes in with the winning gown, which I would love to see in color. 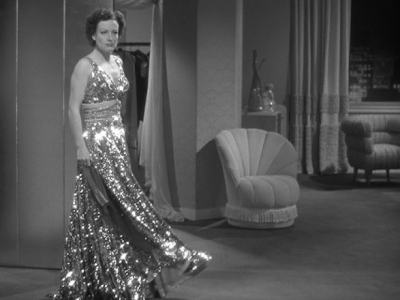 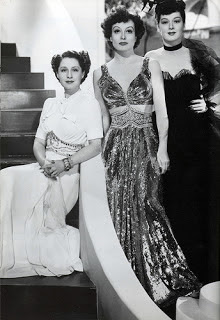 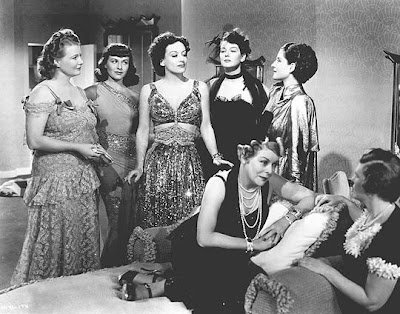 Jennifer Wells said…
I have seen this movie before, and you're right, it is just...strange. The behavior and some of the speeches given by the characters (I remember one seemed to be all about how the good-girl wife was at fault for her husband leaving her because she didn't stand her ground against his mistress...what?)were just really odd.

That being said, the clothes are most intriguing. I like seeing what was in vogue at the end of one decade, and if the next decade's fashions were hinted at. "Gone with the Wind," was released in 1939, but I can see in some parts, little bits of 1940s style.
August 6, 2013 at 9:35 AM

Storm131 said…
I'm watching The Women now, and it is indeed strange. Like a lot of movies of the era, it has that "Broadway play on film" feel. Fun in some ways but about as far removed from reality as you can get without delving into fantasy or science fiction.

I loved the fashion show sequence with the over the top creations by Adrian, and I too noticed the weird clear plastic pot on the head of the model wearing the green gown, and the severed hand holding a rose closure on the cape was very creepy.
January 29, 2016 at 10:37 AM

Heidi said…
Who is the lovely barmaid in the beautiful royal blue frock and headdress in that fashion show scene??
January 19, 2021 at 4:49 PM