By becca - August 01, 2013
1. This year the designers get an overall budget of $4,000 for all of their challenges. They are given a recommended budget for each challenge, but they get to decide if they want to be under or over it. I love this because it lets them go over for big ideas and benefit from ending up spending less when they didn't need to spend the given amount. Also, I want to see someone run out of money!

2.  Kate's winning dress was very pretty even if it was too similar to her perfume ad dress from last season. 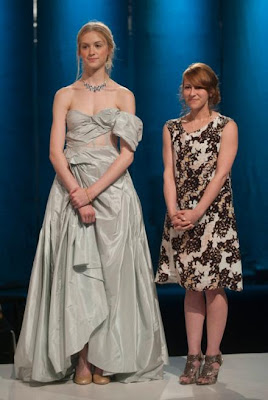 3. The velvet from Timothy's dress was actually from Zac Posen's studio. They ordered it and ended up on using it. Timothy's look was better than last week, but still pretty bad. 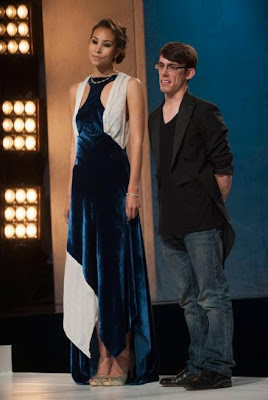 4. Do you guys know the sponsor store, Belk? I've never heard of it. What part of the country is it in?

5. Brandon had immunity. His dress was really lovely, but I wish he would have gone over the top. I always wish that when designers have immunity. 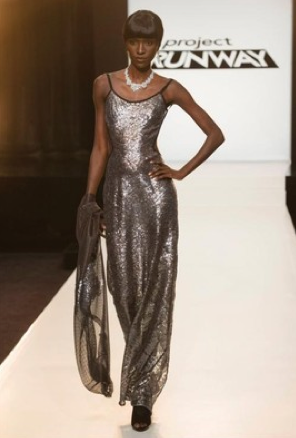 6. As far as challenges go, "design for diamonds" was kind of fun without being redundant. (It's not as great as "design for hats" though. Do you guys remember the Philip Treacy challenge?)

7. Sandro's personality is grating on me. His design had some good elements, but his overall taste isn't winning him a lot of points with me. Did you guys like this? 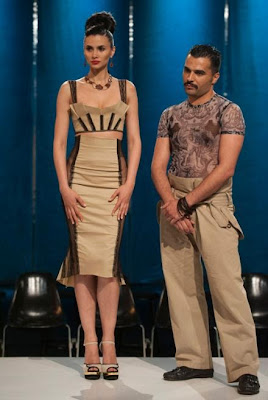 8. The judges always eliminate safe and boring over something that tried hard in the beginning of the season. I don't mind Kahindo's elimination on those grounds. I just wish that they kept that up through the whole season so the designers felt free to try more interesting things. 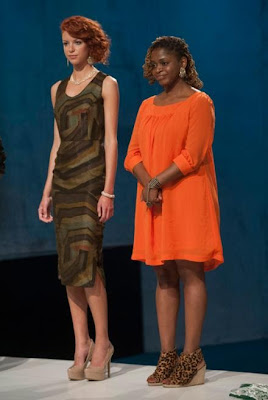 9. Alexandria seems really mean. Is this just editing? A misreading of her personality?

10. I liked that Dom went for a softer look with these emeralds. Things could have gong very stiff and old-fashioned, but she made it look young and vibrant. 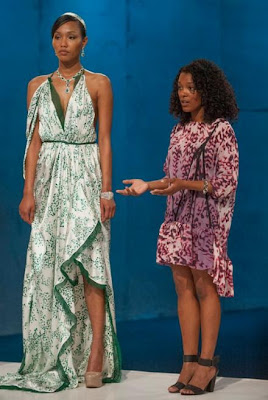 11. Never do this to boobs when Heidi is around. She hates sad boobs. However, I think the ambition in the rest of Helen's dress saved her. 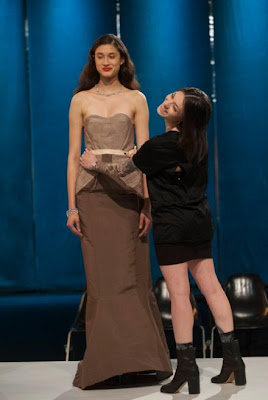 12. Is Swatch OK? Did you guys just see him whimpering on the floor of Mood when Tim Gunn said goodbye? Was he simply devastated by their fabric choices? Can someone go check on him?
Project Runway

Unknown said…
I think Belk is mostly south-eastish; we have one here in Tallahassee, FL. It's a pretty standard store like JCPenney or Kohls.
August 1, 2013 at 10:50 AM