By becca - March 02, 2013
So far, Project Runway Teams has been a much better experiment than I expected. The teams have helped each other and produced some good work. The talent level has been much higher this season and we've already had some great looks come down the runway.

This week, however, showed the problem with the teams concept. The designers were challenged to create client looks for some older women.The two top looks for the week didn't end up in the top four, and one of worst looks was safe.

Michelle never wanted to work with Patricia, and it seems she had a valid point. Michelle and Layana created amazing looks, but their teammate, Patricia wouldn't listen to their advice so she ended up with a terrible outfit that ruined her teams chances. Michelle looked like she was going to kill Patricia. Even sweet Layana was too sad about being sent off the runway without a win to respond to Patricia's apology. If this team has to stay together next week, the drama might be a bit hard to handle. 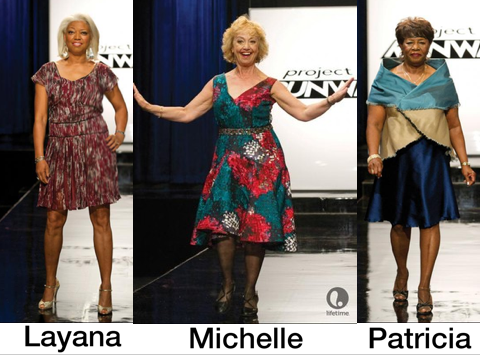 Top Looks
Daniel recovered from his near elimination last week. He made a great little black suit, which was just what his client wanted. The judges said it didn't really make a statement, but they appreciated his tailoring, the detail work and the fact that he was able to showcase himself as a designer while pleasing a client. 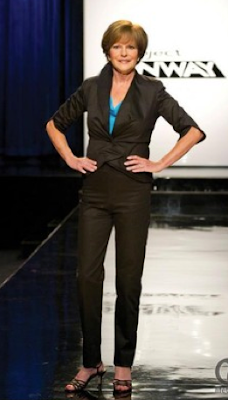 Samantha, Daniel's teammate, created an other the top look that polarized the judging panel. Most of them thought it was too cartoonish and age-inappropriate. Guest judge, Joan Rivers thought it was great. Surprisingly, I have to side with Joan. The client loved it. This is what she wanted to wear, and I think she rocked it on the runway. I don't really care if it's not how the judges think she should dress. It's far from my favorite design, but Samantha went bold. I appreciate that. 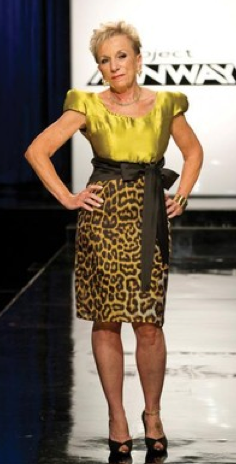 Richard made an easy everyday dress. The world needs easy, everyday dresses. Most of the judges liked it. They actually argued more about the styling than the dress. I think it needed some adjustments to the shape and perhaps the black should have wrapped a bit around the front instead of the color wrapping slightly around the back. A good effort, though hardly worthy of the top four. 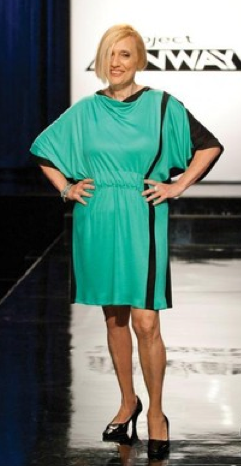 Stanley, Richard's teammate won the challenge with his little jumpsuit and jacket. Mostly, I'm impressed he could make this in so little time. The client loved it. She looked great. A few things needed some tweaking, but because my favorite looks could only be safe, I was happy with this winner.

Bottom Looks
Kate didn't really belong in the bottom. She just ended up there because of her teammate. The judges liked her look and said she did a good job working for her client. It was cute, and I felt bad she had to stand there with the worst designs. 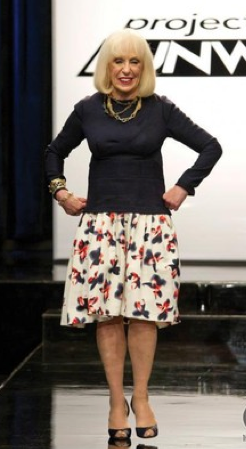 Tu, Kate's teammate, was the reason for her plight. Kate tried to make suggestions, but she had a lot of work to do on her own look. In the end, she was the one who made his look capable of going down the runway. She helped him belt and tuck the dress so he could at least show something. The judges liked the idea behind it, but not the execution. Also, Tu has never dressed anyone but a model, which I don't find promising for his career. 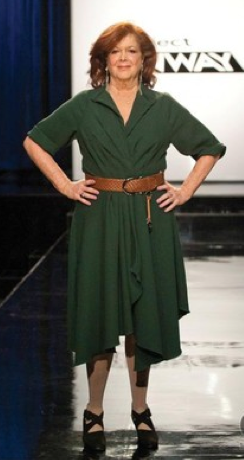 Amanda found herself in the bottom again with a confused, poorly designed look that didn't flatter her client at all. I'm not sure what was going on with the weird gather in the back or why there was a strange keyhole, but this has clearance rack tragedy written all over it). 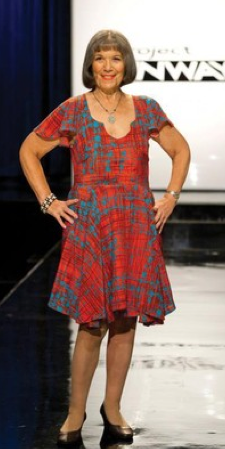 It was, Benjamin, Amanda's teammate, that went home. I am sad to see him go because I really liked what he did when he did a good job. However, this dress was not a good one even if his client liked it. 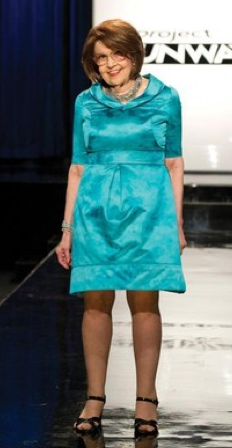 Had there not been teams, I would have order the designers like this:
Top Four: Michelle, Layana and Daniel, Stanley
Safe: Richard, Kate, Samantha
Bottom Four: Benjamin, Amanda, Patricia, Tu
(If I had to do top three and bottom three, Tu and Stanley would have been safe).

What did you think of this week's winner and loser? Were you disappointed that the best of looks and the worst of looks ended up safe?