By becca - February 17, 2013
This week's episodes is perhaps one of the best in recent memory as far as the fashion it produced. First, I worried how this episode would work. The teams were getting terribly uneven. They fixed this by letting the losing team select two members to join their team and the winning team take one for their team (but not a designer who had just been stolen). I'm not sure how I feel about this. On one hand, the teams need to be evened out or the losing team will just keep losing putting a few good designers in jeopardy. On the other, these people have been learning to work together so switching things up will just create drama.
The challenge, however, had a nice effect on the runway. Instead of a typical unconventional challenge, Tim and Heidi teamed up to pick two. This week the designers had to create looks that came from the hardware store and the florist. Each team had to create six looks. Each look didn't have to include items from both places, but the cohesive collection had to contain elements from the florist and the hardware store


The Dream Team
The Dream Team took Stanley and Layana for their own during the swap. They chose wisely by picking creative, productive members who knew how to lead. It paid off. They took the winning spot with their whimsical and cohesive collection.

Stanley was one of the designers the Dream Team brought over from Team Keeping It Real. He is a good leader and kept the group on theme. Best of all, they listened to him. The dress he created was a lovely layered leaf look. I can see a wood nymph in a fairy tale wearing this. 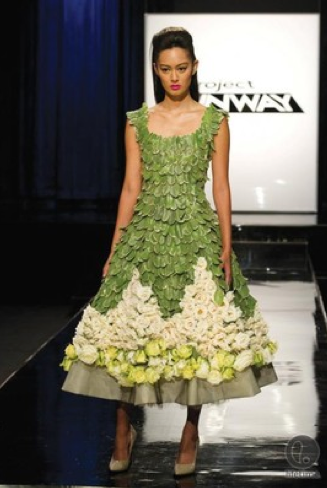 Tu crafted a very chic look that didn't look like unconventional materials form a distance at all. 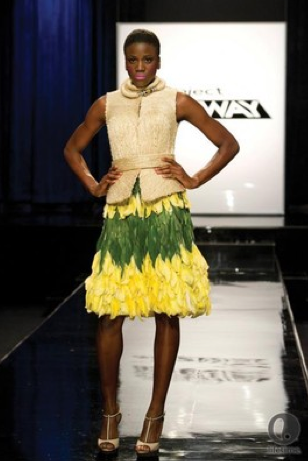 Benjamin's dress wasn't my favorite of the team, but it was still very good. He created his own loom to weave the top part, which was pretty impressive considering how little time they had. 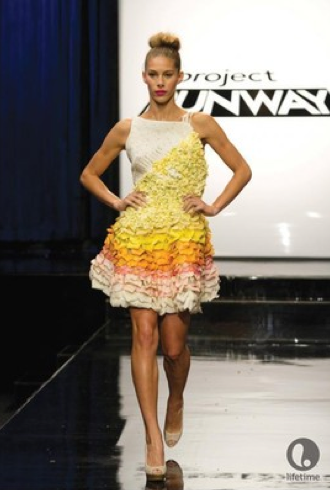 Matthew got a top nod from the judges for creating this look out of black rope and a mop. He created a very cool look that didn't at all look like it was made from a mop. 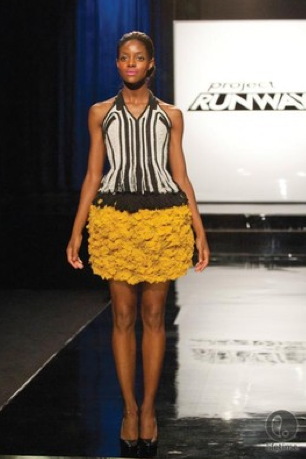 Layana's cage dress was so lovely and light. The judges gave her another top spot for her excellent use of the materials. I love this. I want it to be a real dress. 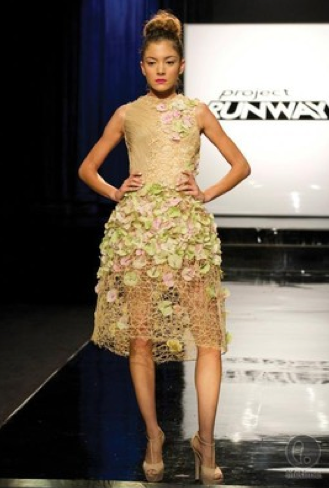 Samantha got the win this week. Her dress was not coming along at all, but after a lot of work, she pulled it off. The effect of caging the flowers inside the mesh was very cool. I wish I could have seen it in person. 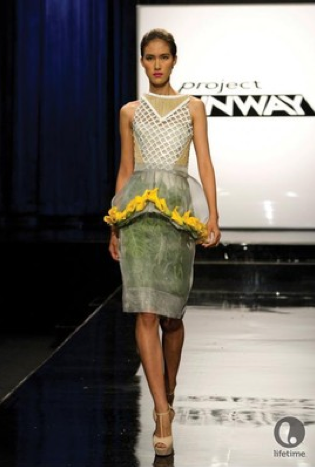 Team Keeping It Real
This week our repeatedly winning team took it's first non-win, but the judges were reluctant to call it a loss. Even if they didn't call it that, one of these designers had to go home.

Kate had immunity this week so she wanted to go out on a limb. I appreciate the thought and all the effort. This dress was fun and so pretty. However, I didn't think it was a risk. The design is pretty safe. It's just big. It was fun though. 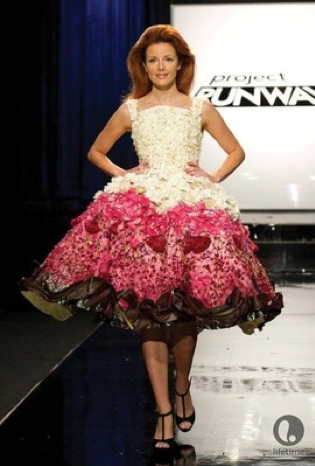 Daniel really took a risk though. He created this sort of surreal shape. I'm not sure I loved it, but I loved what he was trying to do. I loved that he wants to create and take risks. It tells of good things to come. 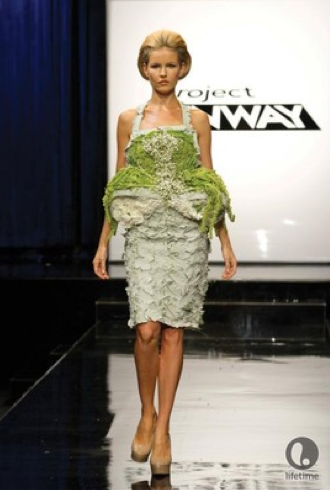 Michelle and Richard worked together to create this look. It wasn't at all what they envisioned. I think it came together pretty well, but the blinds didn't work they way they thought. It was a good effort and they managed to work together without extreme drama. 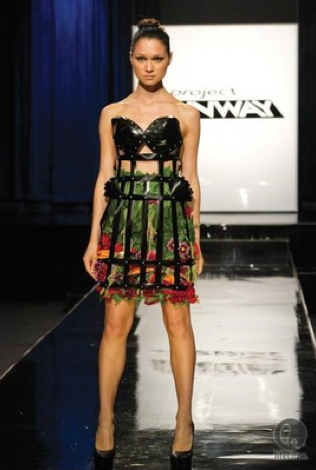 Patricia's look was very messy. I think it kind of worked when it was moving, but the judges weren't so sure about her. What do you think? 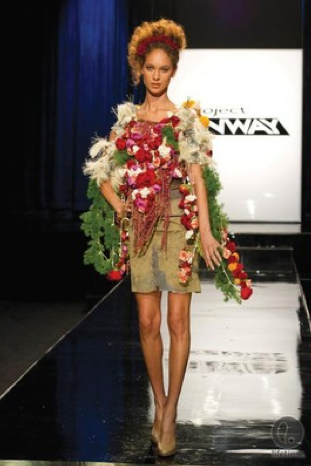 Amanda struggled with her look, which led her team to throw her under the bus saying she should go home.  The judges just didn't think it was that bad though. 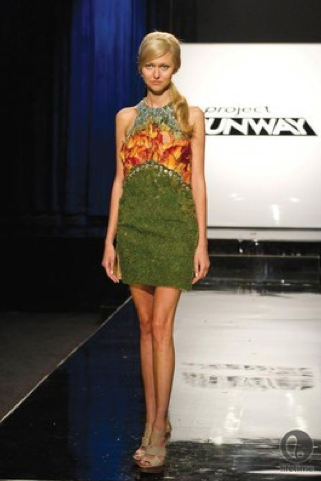 Joseph was under fire for making a boxy shape. The judges didn't mind the idea of going against sexy standard, but they didn't think the went far enough. The cut looked like an accident and the judges thought it was enough to send him home. 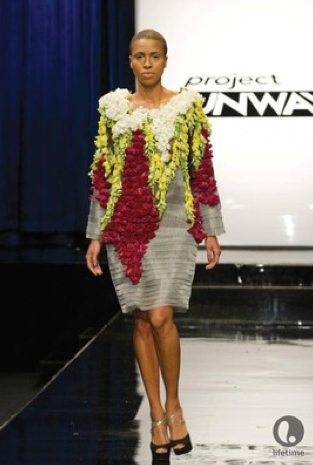 Traci Marie Wolf said…
I loved this challenge and I agreed with the winners and although I love what Joseph does, I felt like they chose the right one to auf.
February 19, 2013 at 12:23 AM