By becca - February 09, 2013
This week the designers were challenged to create a commercial look and press tour look for Heidi while she promotes her new fragrance, Surprise. Heidi asked for a play of hard and soft with colors that matched the bottle. This was a fine enough challenge, but this week's episodes really dragged on for me. The hour and a half format just feels tedious right after coming from an all star season, which is only an hour. I think this could really go back to an hour. I got bored.


Safe Designers
(click through the slide show below to read about each safe look)
Project Runway S11 E3: Safe Designs by fashionbeccafabulous on polyvore.com


The Top Team: Team Keeping It Real
Team Keeping It Real was the top team again, and deservedly so. Patricia landed in the top three with her leather work. She cut all of this out to create the effect over the little shift. It was a cool treatment, but the resulting garment was a bit underwhelming. This was something she just needed more time to refine. It we're going to watch a hour and a half show, I feel like they can have longer to make the clothes. We've got time. 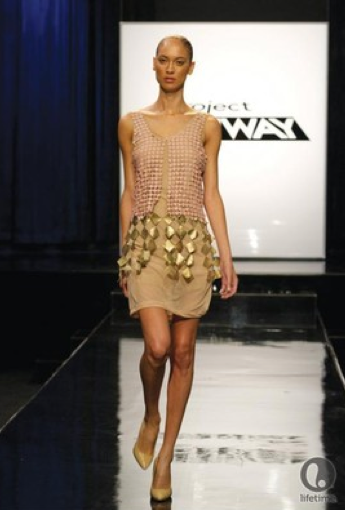 Daniel designed for the commercial, but Heidi picked his dress for the press event. It was very lovely and simple. The leather made the dress pop, and as a sign of true team work, Patricia gave it to him because she wasn't using it. This team knows how to stay in the top. 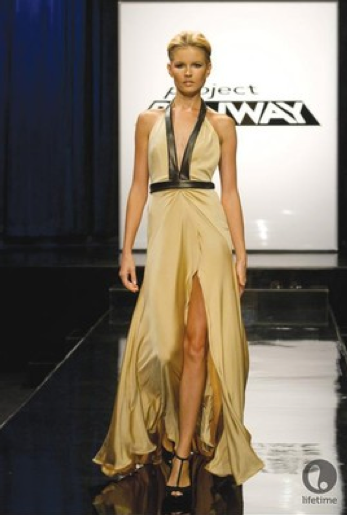 Kate & Layana teams up to create the winning commercial look. The dress was lovely. Kate made the corset, which is probably why she earned the actual win. Both are winners though because Heidi will be wearing it in a national ad. The hard and soft came through beautifully. I stunning win. 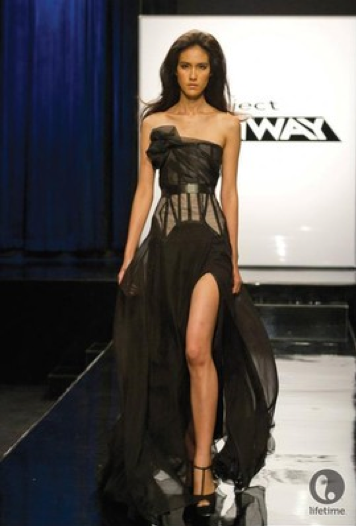 The Bottom Team: The Dream Team
The Dream team can't seem to get it together, and the move team members they lose the harder it will be. Matthew created a dress that was all hard with no soft. It was also too simple, too over done and too ill fitting, but thanks to his teammates being worse, he was safe. 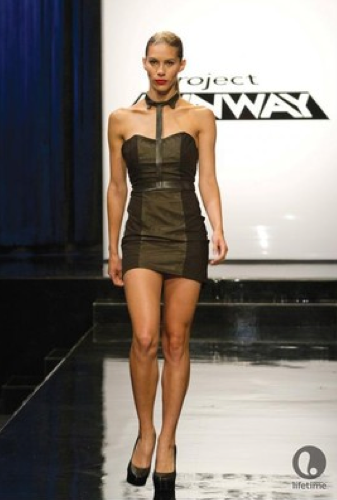 Benjamin gave me a real scare--we got to hear some of his back story this week, which often means it's time to say goodbye. I like something about his style so I didn't want to see him out yet. He had a really good idea, but the worse execution ever. He also bothered me by making so many excuses on the runway. It was terrible, but he will stay to try to redeem himself in the next challenge. 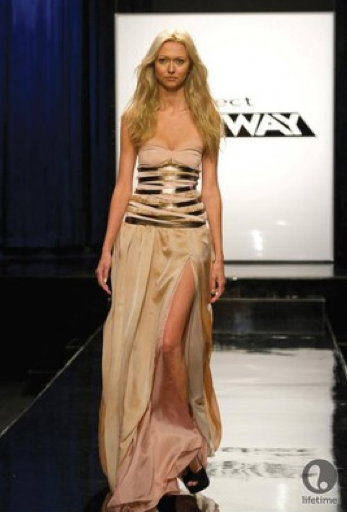 Cindy's iridescent dress was her attempt to be current and sexy. It achieved neither. The judges hated her fabric choice. They said the fit was off. The shape still felt dated. It was Cindy's third time in the bottom three in so many weeks. It seems three strikes means you're out. I think it was time. She had a lot more growing to do. 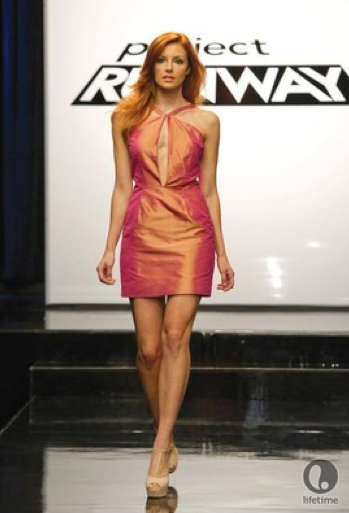 What did you think of the challenge? Did you get bored during the episode or was that just me? What is going to happen when the dream team runs out of designers?

Rachel said…
I keep thinking Benjamin is going home because they've focused on him in the last two episodes! I hope he can pull it together!

I loved the winning black/pink dress. Gorgeous. The other winner was very pretty too, but I was sure he'd get some flack from the puckers on the hips. Not even a comment!

I wasn't too bored or anything. I am wondering if they're eventually going to mix the teams up or something- this format can only work so long if the same team keeps losing members.
February 12, 2013 at 10:26 AM