By becca - January 05, 2013
This week's episode of Project Runway had the designers creating looks for real women. These women, were all either veterans or active in the military. Each designer had a create a look for an upcoming special event in each woman's life.

Uli's woman had an upcoming wedding to go to. She didn't seem very sure of her style only that she liked purple and the dress Uli was wearing. Uli couldn't find the right fabric in purple, but she was able to create a lovely dress with a nice black and white fabric, which actually might turn out to be more versatile in the future. The judges only ciriticism was Uli's use of embellishment at the empire waistline. It was hard to see on TV, but apparently it was really fighting with the print. Either way, the woman loved her dress and Uli earned a top spot. 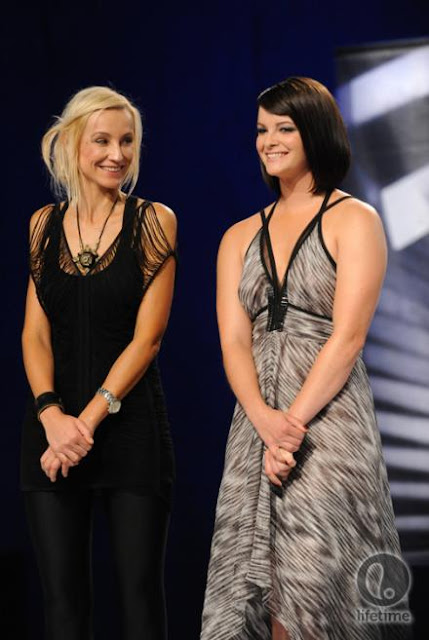 Joshua had the woman with the most inspiring story. She lost her leg and nearly her life as the result of a blood clot she had while overseas in combat. Her first question to the doctors has been "Am I going to be able to wear high heels." Joshua finally found his inspiration this season. He created a fun flirty dress for her to wear to military events. She wanted something girly, something with leopard print, something she could wear a lot and something that showed off her prosthetic leg because she is proud of surviving. Joshua gave her all that plus a matching accessory for her service dog, Isaac. The judges really liked it. In fact, he earned his first win. 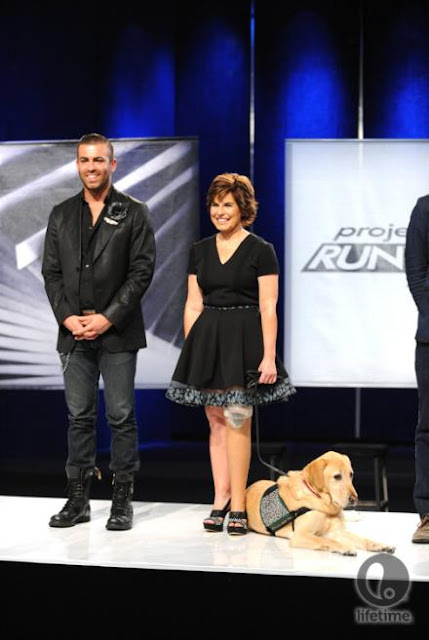 Emilio was charged with creating a fun, flirty dress for a bachelorette party. Thankfully, his client loved yellow. Since Emilio has a yellow addiction, he did a good job with the color. The judges weren't sure about it, and they thought it looked rather homemade, but his client loved it so they decided not to elimiate him. 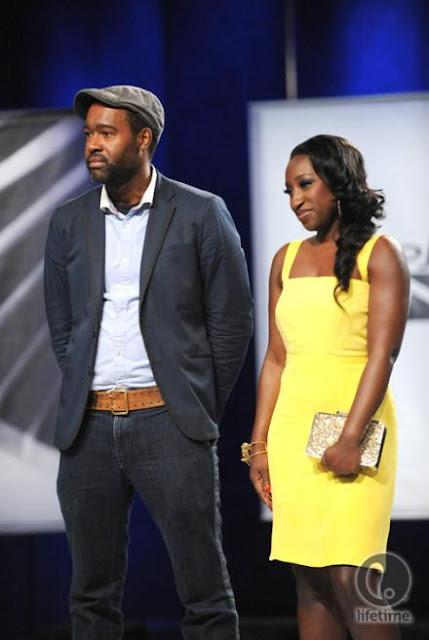 Anthony Ryan really disappointed me this week. He probably had the most difficult client. This wasn't because of her body type, but because she wanted it all covered up. I really didn't like his dress, but she loved it. It was everything she wanted. Isaac really liked it too. In fact, when Georgina tried to say it was a designer's job to show off a woman's shape, Isaac harshly corrected her saying it was the job of some designers to do that. I actually liked how Isaac defended the dress because he was right that not every woman wants to show off her curves. I still don't like the dress though. I think Anthony Ryan could have done much better. I thought for sure he was going home. Thankfully the judges decided not to eliminate anyone this week. 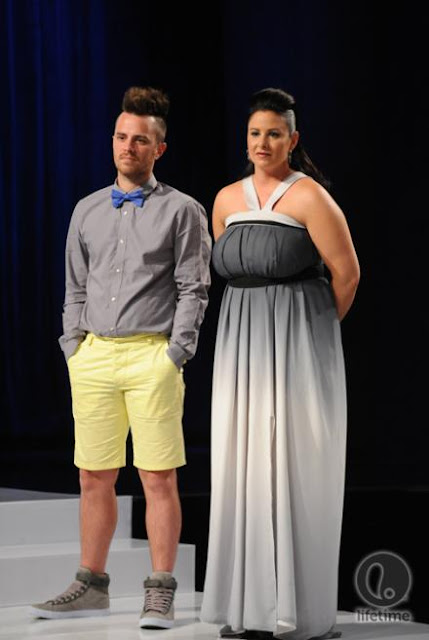 This happens every season now so I don't know why anyone pretends there is a final three. I feel like we should just all admit there is supposed to be a final four and go on with it. Regardless, I'm glad we didn't lose Anthony Ryan. I'm even glad we didn't lose Emilio. He's done a lot of good looks this season and I'm curious to see how he does the final challenges.

What do you think of this week's winner and lack of elimination? Who do you think will win it all?
Project Runway