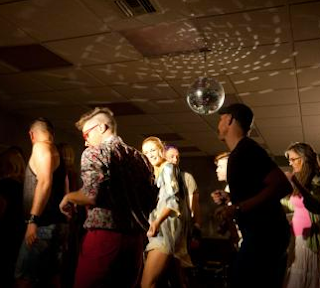 This week's episode had a kind of good challenge. The designers were tasked with creating looks inspired by Nine West shoes. Unfortunately, those clothes had to be ready to go to a 70s disco. (Why not do the 70s without the disco requirement?)

The resulting clothes were mostly OK with only a couple bright spots. And the overall episode felt off and a little flat. I know the All Star season are a little more about personalities than the regular season--especially at this early stage of competition, but I still want to see some interesting fashion and more of the fashion process. Besides, most of these personalities just aren't as interesting as the one offered up last season. At least, they haven't been so far.

Cassanova's look was mostly well-liked by the judges, but they wished it was longer. Georgina also said it was nice, but it wasn't anything new. 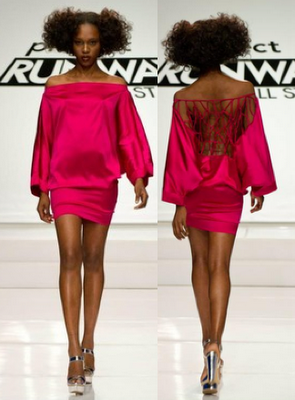 Ivy's look also received it's share of problem comments. While the judges like the gold on the shoulder with the gold shoes, but they didn't like that the jewels were only on the front of the shoulders and not the back. That's a telltale sign of cheaper clothing. They also wished the sheer dress part was shorter, but they liked the idea and this retro romper enough to put the look in the top three. 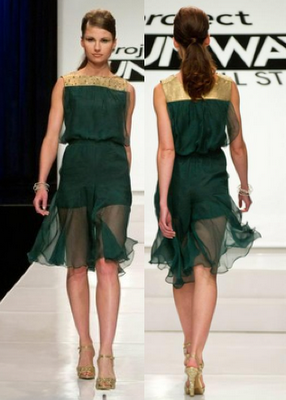 Uli took the only top three spot that didn't come with a list of problems. The judges really liked her fun and free spirited look. They liked it so much she took the win. I also liked it. The "New Uli," as she keeps referring to herself, is really stepping up her game. 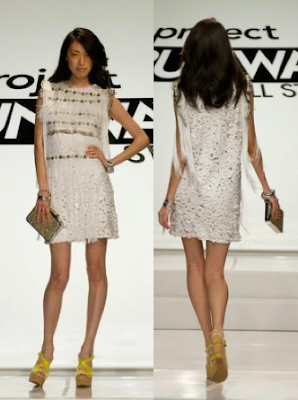 Bottom Three
Kayne's look very much fit the challenge, but I worried that it verged a bit too much on costume. The judges actually thought the look belonged to J. Lo rather than the 70s. They also thought the print pants were hard to pull off, and he didn't quite do it. I thought it was an OK look, but not a great one. I was happy to see it be the first safe look of the bottom group. 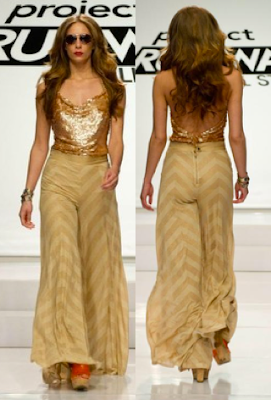 Andrae made the same mistake as last week with his confusing jacket. His outfit was also more day than disco. I was sure this repeat offense would send him home, but it didn't. Once I saw the look in pictures, I realized that his jacket was actually quite detailed and his look was well constructed. I think these are the things that saved him even if the design didn't live up to the judges expectations for the challenges. 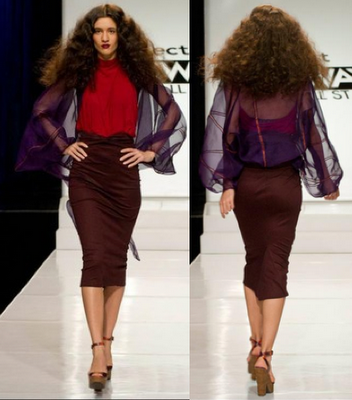 Wendy Pepper is the second eliminated designer. Wendy and Andrae are both a bit of a mystery to me because I never watched season one. I can't really speak about how capable either seem. Wendy created a look that was both too junior and too street walker--not a good combination. I thought hers was the worst of the night, but the judges actually praised her "ideas." I'm not sure why, but their talk had me thinking she was safe. What did you think of her elimination? 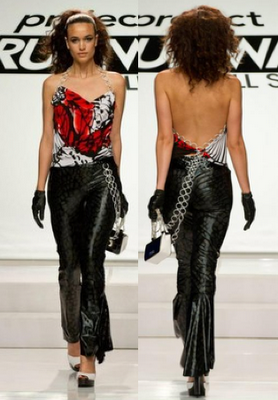 Safe Designers
Click through the slideshow below to see the same designs and read our comments about them.

What did you think of this episode? Did you think the right designers won and lost?
Project Runway

Unknown said…
I really did not see 70’s or Disco in any of the designers’ looks. I love the new Uli or “Newli” but she did not meet the challenge at all. I was talking about this episode with my co-worker from DISH and we were both surprised at Wendy’s elimination. Wendy’s look was definitely more 80’s than 70’s, but I didn’t think her look deserved an elimination. I’m going to miss next week but I’ve already set my Hopper to record it; there is a ton of DVR recording space so I can record the rest of the season. I think this show will take awhile to get interesting and hopefully they will give the designers less clichéd challenges.
November 2, 2012 at 9:15 PM