By Jael Paris - March 19, 2012
In four seasons, Sarah Burton has used prairie fauna, ice queens, the ocean, and flowers as her inspirations. Each show has been lovely. The fabric caressed, stitched and decorated with the greatest care. This season is no different from the snowy schoolgirls 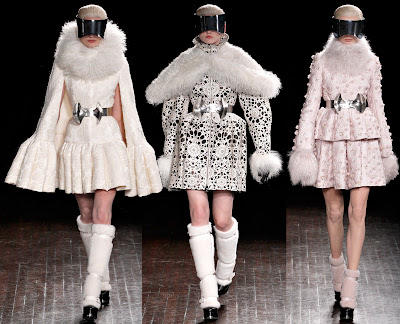 to the elaborate petal dresses made of mongolian fur, ostrich feathers and pleated silk. 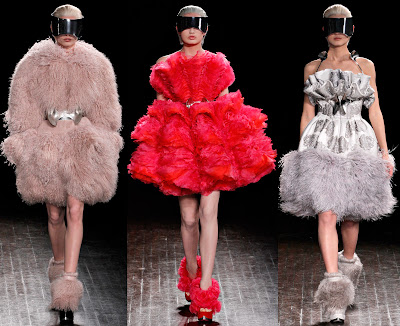 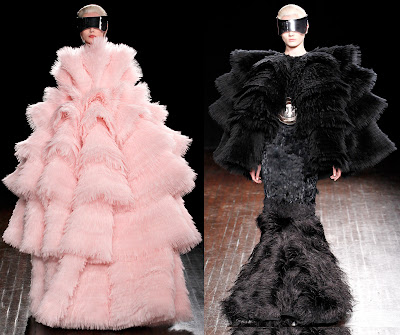 When it was announced Kate Middleton was wearing Alexander McQueen to marry Prince William, I feared the label was heading for a softer, more romantic image. Not that there's anything wrong with romance and frothy dreams. That's why I always looked forward to John Galliano's confections for Christian Dior. 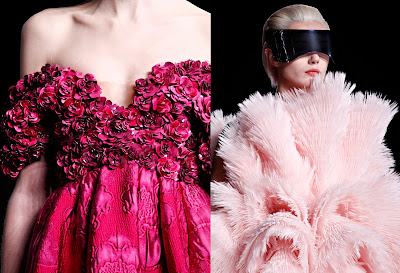 While I appreciate that Burton decided to have a show of skill instead of a show for sale (before Alexander McQueen's death, Sarah Burton's job was to translate his runway show into the more wearable clothing they would sell the upcoming season), I feel she's channeling Galliano, not McQueen. McQueen's shows had tension, an off-centerness. One could argue that the gleaming visors and horse-shoe trimmed shoes provide that contrast to this flower extravaganza, but I disagree. No doubt, these clothes are beautiful and finely made, but I have no story review for you this year because these are Dior clothes to drool over, not McQueen characters breathed to life. 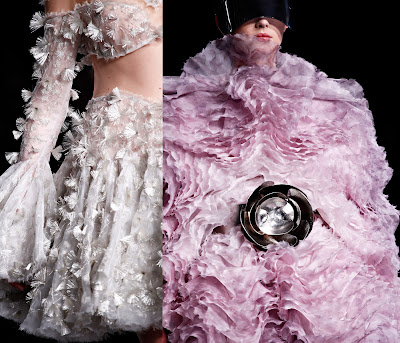