by Andrew Bolton and Susannah Frankel, photography by Solve Sundsbo, published 2011 $28. This book includes beautiful photographs of every piece in the Met exhibit plus a few extras. It's packed with quotes pulled from old interviews and has bookends of a critical break down of McQueen's work as well as an interview with Sarah Burton. It's a must-have for the lover of high fashion, but it's also a great coffee table book for any art enthusiast. 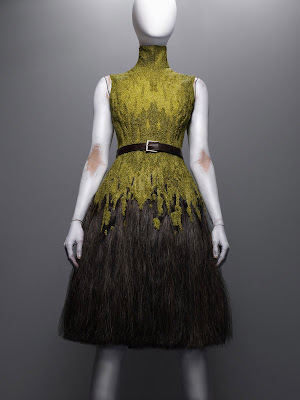 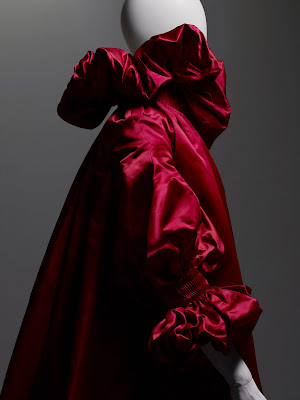 The emotional story: When I found out Alexander McQueen had killed himself, I shouted and cried. Until then, I never understood why people got worked up over the death of someone they never met and never would. Like a good little blogger, I trudged on through fashion week, though spring shopping, through wedding season and back to school, until the year cycled back 'round. My heart was barely in it. 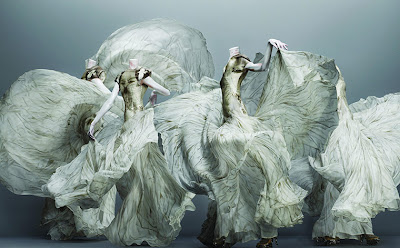 Clothing was important to me long before I knew it. Brought up in a Southern-tinged, Christian home, sent to a stringent conservative private school, the lessons of what to wear and not wear were ground into my skull. And I was always on the wrong side of things. My shirts were too tight. My dresses too alluring. My makeup too macabre. 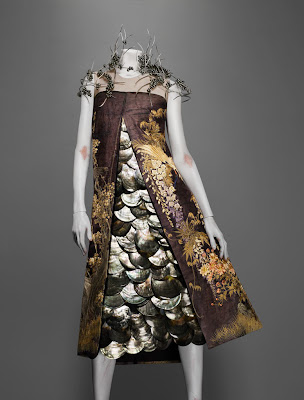 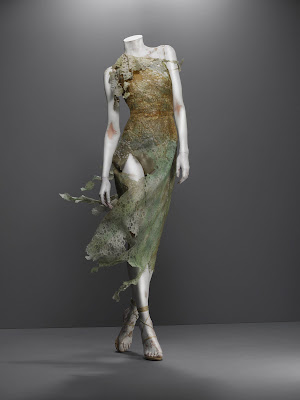 I always knew I was an outsider. A Christian, feminist, fashion-blogging libertarian poet doesn't meet many of her ilk (save for glorious becca). I walk strange, uncomfortable lines in my life. I don't do this to stand out or make a statement. I do this because I believe these things with intense, burning conviction. This is all I know to be because it's me. 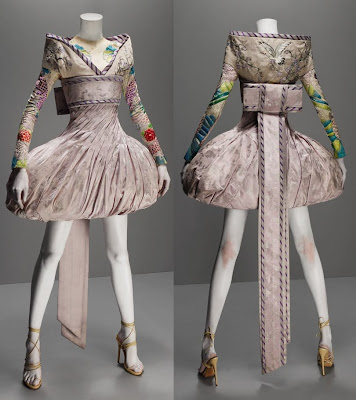 That dichotomy has always been present in my clothing. The soft pink dress with puky green beads. Feminine lace with men's oxfords. 50s silhouettes with snake spine earrings. Nail polish that ruins the entire look. 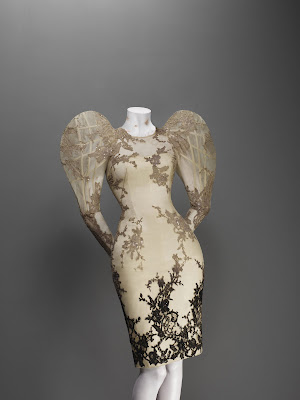 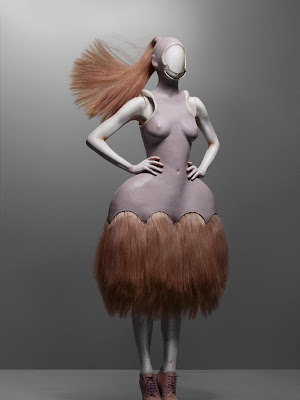 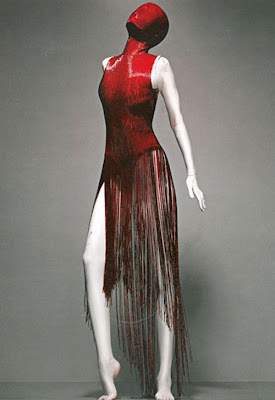 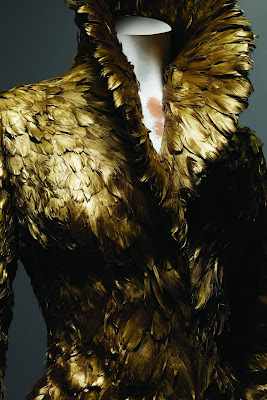 Then he burned out. The collaborators of Savage Beauty did an excellent job, but it can't overcome that cut-off feeling. The dream that there was more and now there isn't. The many McQueen quotes in the book include: "I oscillate between life and death, happiness and sadness, good and evil." and "It's important to look at death because it is a part of life. It is a sad thing, melancholic but romantic at the same time. It is the end of a cycle -- everything has to end." But I don't want it to. I want to dance this beautifully morbid dance each season until I collapse from exhaustion, because for a brief time, my spastic steps are in rhythm with someone else's.