By becca - January 17, 2012
Last week, Jael Paris suggested interesting and fabulous fashion choices for several Golden Globes nominees. As we said earlier today, we were actually quite please with Sunday night's clothing choices. However, a few of our nominees might have done a bit better if they'd let Jael style them.

Rooney Mara was the person to look for last night. She's been showing up in awesome, edgy dresses lately to match her dramatic movie hair. I wonder if Rooney was trying to mesh her former girly look with everyone's edgy expectations since this dress isn't quite as cool as what she's been wearing. I didn't love it. I would have much preferred either of our picks, especially the velvet and feather dress since it's both girly and dramatic. What did you think? 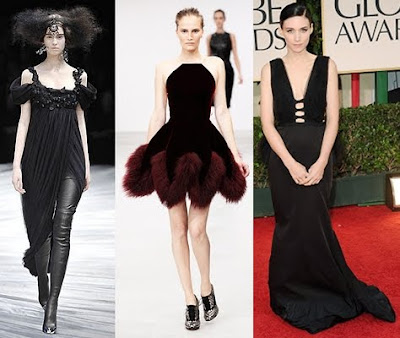 poll by twiigs.com
We love Kate Winslet for her strong anti-plastic surgery stance and general awesomeness, but we've been bored by her red carpet choices. She did go for a slightly more interesting dress with some sparkly details. However, the seems were visibly wrinkled and something about the whole thing looked off. I wish Kate would have been more daring. What's your take on her look? 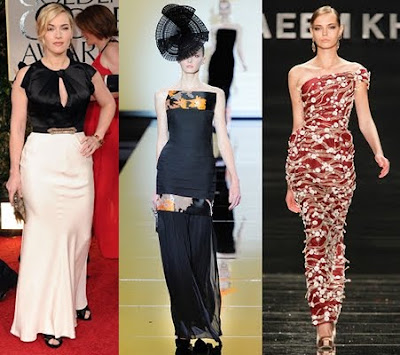 poll by twiigs.com
Viola Davis is stunning. Her dress, is boring. Also, Viola, don't stand like that. You can point out a slit without standing like that. (Even though you have great legs, so I guess I can't totally blame you for showing them off). I want do see her rocking something more interesting. What say you? Should she drop the Grecian gown and go for it? 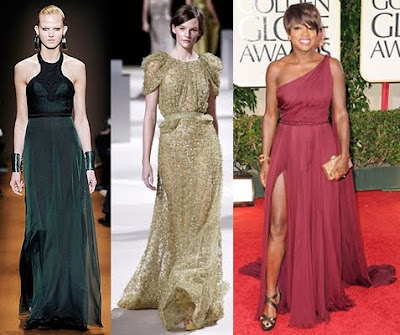 poll by twiigs.com
Shailene Woodley wore a very pretty dress. Since she's 20 and routinely stars as a teenager, I can't totally blame her for wanting to grow up her red carpet look so casting directors know she isn't a kid. I wanted to pull up her dress though. It looks like it was sitting too low or about to fall off or something. She slouched a bit in it like she might have felt the same way. What did you think of her dress? Did you wish she went a bit more fun and youthful while she still can? 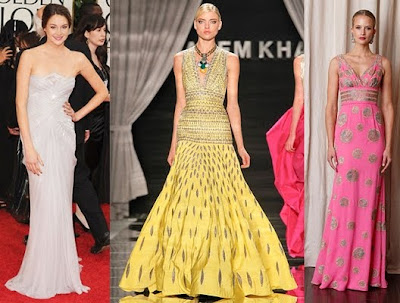 poll by twiigs.com
Evan Rachel Wood knocked it out of the park. Her dress had it all--feathers, green, sparkles, FEATHERS. She even had great hair and makeup. I know we covered this all in our post earlier today, but she really did a great job. She didn't need our help (although, our picks were cool too). What did you think of her feathered fantasy dress? 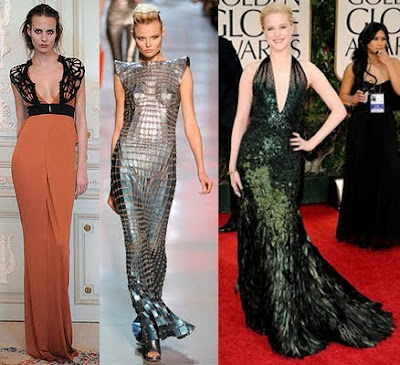