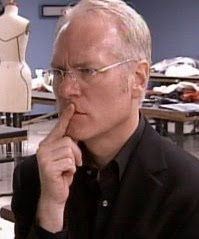 Last night Tim Gunn hosted his post-Runway special, Behind the Seams. He laughed; he cried; he pretty much avoided talking about the judges. He also awarded the designers with "Tim Gunn Awards," discussed his pet peeves with the show and gave his take on the decoy collections.

I love hearing what Tim thinks should take place on the show, and I wish the producers listened to him more. He is currently campaigning to take glue guns away from the designers, which is his biggest pet peeve about the season. He just couldn't abide all the gluing. He also wants to make a rule against sewing models into their garments. I think these rules would leave to a lot more unfinished garments, but they would push future designers to manage time and take on reasonable amounts of work.

Tim also revealed his favorite and least favorite challenges. He, of course, loved the unconventional materials challenge at the pet store. Tim also loved the bird challenge, though I think that had more to do with the birds than the designs. His least favorite challenges were the one with the Sheep Dogs (he felt so bad for those poor rockers) and the one with the stilts because of how costume-y the looks came out. He also revealed that Raphael and Joshua C, who had been kicked off by then, made a stilt look too since the event was public and they couldn't risk revealing who got kicked off. He added that their look was one of the worst in Runway history.

As for the decoys, he awarded Laura with the Tim Gun award for best decoy collection. She really did create a lovely collection. I liked her crazy bracelets, and I'm glad Tim checked with Nina, Laura's biggest critic, to learn that she liked the collection too. 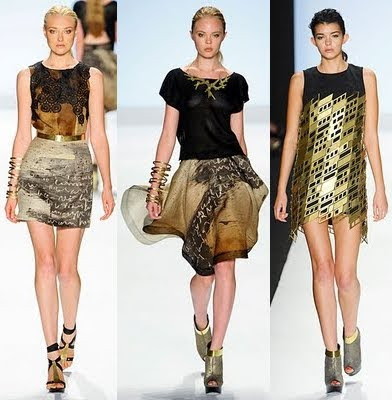 Tim said Bryce's collection was his most ambitious work so far and he was proud of the progress he had made. I agree. I think Bryce still has some polishing to do, but I liked this work a lot better than anything I saw from him during the show. 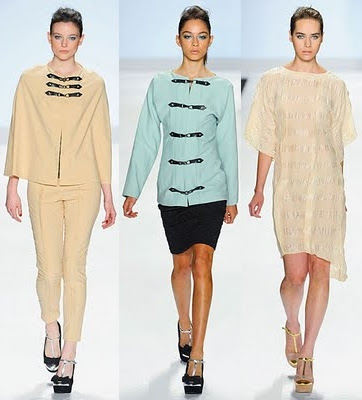 Bert is a classic American designer, which Tim said his collection showcased well. I'm with Tim though when he said he wasn't sure how relevant the collection was. Bert knows how to make clothes, but he needs to catch up on fashion. 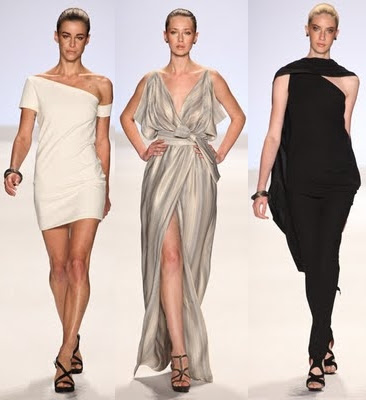 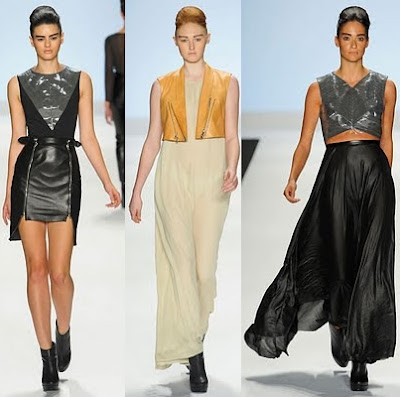 Anthony Ryan had the most fun with his collection. Tim called it "youthful and high spirited with a touch of whimsy." I enjoyed looking at it. Also, I want to know is the blue is some sort of nylon sleeve, an ingenious cuff or makeup. 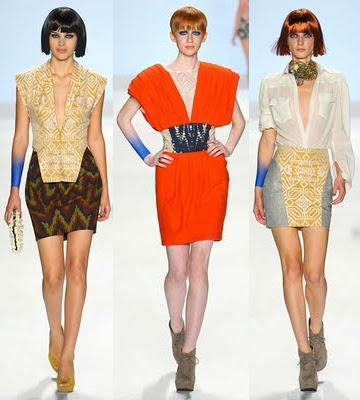 Tim award other designers with fake awards too:
Kimberly won the most likely to be running out of the workroom at the last minute award.
Anthony Ryan most cheated out of a win award (for his birdseed dress).
Bert won most likely to ask the most questions about a challenge award. (I wish they showed us the part where designers get the challenges clarified for them. It would help us understand too).
Anya won the make it work award. Obviously.
Viktor & Olivier were both given time management awards. Viktor for being the best at it. Olivier for being the worst at it. (Did anyone else feel bad for Olivier during this segment. He got a negative award and Tim said his pet shop win wasn't legit. It wasn't, but still...)

What did you think of the Behind the Seams special? Who did the best decoy collection?
Project Runway

kids tops said…
I love the gold collection of Laura. It's very fabulous. Great job to all the designers. They all have a lovely collection of clothings.
November 4, 2011 at 2:54 PM

Unknown said…
If either Laura or Anthony Ryan collections had been in contention then the outcome of the season would have been different. I still think Viktor was robbed, but Laura's looks better than the finalist's entries.
December 4, 2011 at 2:52 AM