By becca - September 19, 2011
Last week Jael Paris did some fantasy styling for four Emmy nominees. Now that we've seen their choices, we're putting them to the test. Who had the better dress choices--the celebs and their styling teams or our fashionable selves here at FMF?

Amy Poehler chose this rich, blue Peter Som number. She looked great with a sort of casual glam vibe with the sleeves and belt. I liked her choice, but would one of our choices have been more intersting? 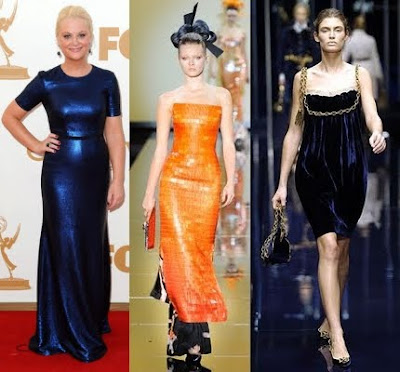 poll by twiigs.com
Jane Krakowski landed on a few best dressed lists with her silver dress, but I think that has more to do with the fact that her gave birth recently and look so good. Also, her hair and makeup worked for her. I'm not sold on her dress. Fit wise, it seems to be pulling it a bit, and it's just not as exciting as Jane herself is. I would have liked to see her have a bit more fun. 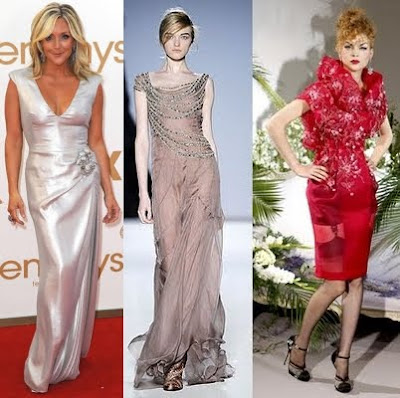 poll by twiigs.com
Elisabeth Moss wore this whimsical Marchesa gown (which is a bit confusing because I heard Marchesa was only dress one person for this event--Lea Michelle. Either they changed their minds or Ms. Moss bought this dress). I thought it looked very pretty, but I would have liked to see the punches of color or print that Jael picked out. She would have stood out more, and standing out is important on the Red Carpet. 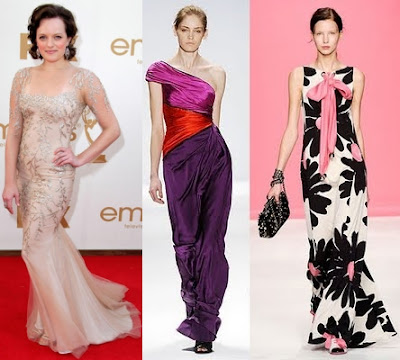 poll by twiigs.com
Christina Hendricks is never shy with her fashion choices or cleavage, and I feel like people are criticizing her just for the sake of it now. (One fashion reviewer wrote that her lipstick clashed with all the red dresses on other actresses. What?!). This crystal-encrusted gown was very pretty, but I like her (and our) bolder choices better. 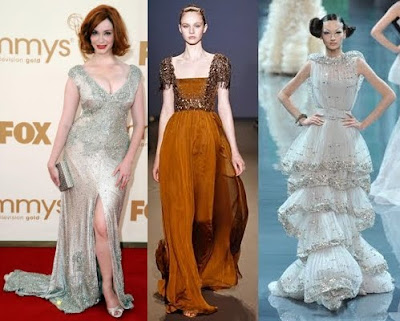 Cait Throop said…
I hated the sleeves and the neckline on Amy Poehler's dress! Your choices would have been more flattering! Love your polls!!
September 19, 2011 at 11:20 AM

Jael Paris said…
Amy's dress looks like formal scuba gear, which would be okay if it had more structure. Without the structure, the fit feels off.