Book Review: Chanel: A Woman of Her Own 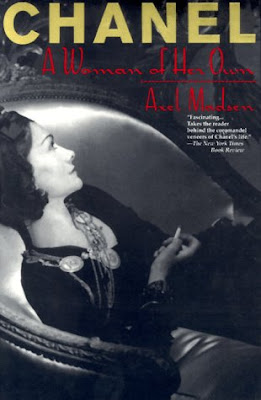 A Woman of Her Own

Gabrielle "Coco" Chanel was a lively figure in fashion who carefully crafted her own mythos. I thought this book would cut through some of that, but I finished it with a distaste for the woman instead of the glam bemusement I expected. Also, the more I learn about Chanel's original vision for her house, the more I think of Alber Elbaz as her style successor rather than Karl Lagerfeld.

Pros: Many fashion books are slavish, drooling love letters, but this one paints Coco with all her warts and failures.

Comprehensive is the word. Chanel starts with how her messes of parents got together and ends after her death. But...

Cons: This is a biography for someone writing a paper on Chanel, not for someone who is casually interested in her life nor is it for a design fan. The endless list of names is too much and often unimportant. 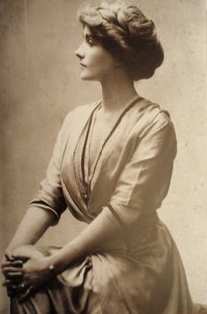 There's not enough examples of her work pictured. Unless you're familiar with other fashions of the time, her importance to the evolution of clothing will be lost in the muddle.

Favorite tidbits: The nickname "Coco" may have come from a song Chanel used sing in a bar.

Chanel No. 5 contains eighty ingredients. That's about seventy-five more than most perfumes made at the time.

Her vast knowledge of the dirty secrets of high society and royalty is most likely what kept her from being tried as a war criminal.

While Chanel is one of the few remaining haute couture houses, Coco actually got her start in hats before moving into casual wear. 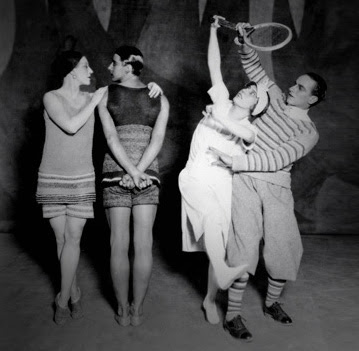 Part of the reason Chanel came out of retirement in the 50s is because she worried that homosexuals were "ruining fashion." She resented that this formally female dominated world was now run by men like Dior, Balenciaga and Balmain.

Winston Churchill and Chanel were in the same social circle. When the king abdicated, Churchill burst into tears at Chanel's home.

While Picasso painted the sets, Coco would construct the costumes for the Ballet Russe (pictured).
books designer reviews

Jennifer Wells said…
As grateful as I may be for the fact that I do not have to wear a corset every day (thank you, Coco) I have not been under the impression that she treated people very well.
July 7, 2011 at 11:35 PM