Yes, Put The Clothes On Tour

By Jael Paris - May 19, 2011
Bergdorf Goodman isn't the only luxury store in Manhattan boasting Alexander McQueen in it's windows. The windows at Barneys are bursting with work from the late designer as well as others such as Gareth Pugh, Commes des Garcons, John Galliano, and milliner Philip Treacy. 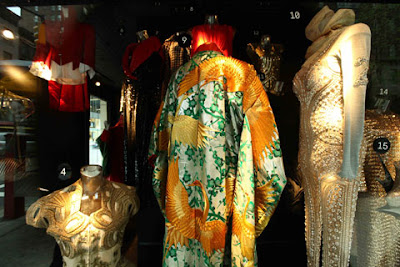 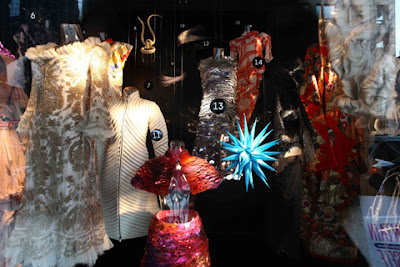 These often outlandish pieces are part of the wardrobe of Daphne Guinness and part that of the late fashion editor Isabella Blow. When Ms. Blow's wardrobe went up for auction her friend swooped in to buy it all. That may sound odd to most of us, but to Daphne Guinness, selling the collection piece-meal would be like selling a diary by page.

Now that she has all these clothes, she's trying to figure out what to do with them. She doesn't want to wear them because they're not her diary, and she doesn't want to shove them in a closet, because that's "awful." She's thinking of creating a website with detailed photographs and descriptions and maybe putting together a traveling couture show. (This belief that clothing shouldn't be elitist and that everyone can appreciate well-made clothing is part of why I adore Daphne Guinness.) 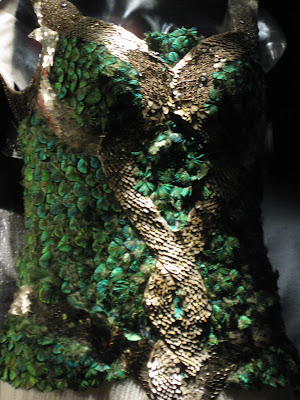 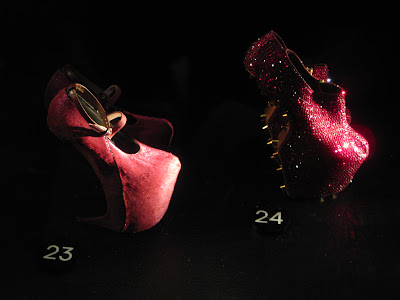 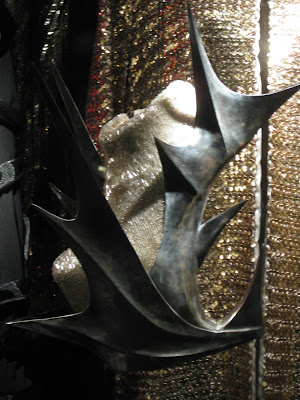 The idea thrills me. I see these amazing clothes in tiny pictures on style.com and then they're gone. Maybe they'll pop up on the red carpet where the only details I'll see are the starlet's face. Because such clothes are always in the context of a show carried out to the designer's specification, they only have that image in my mind. I'd love to see them striped of the additional drama (much like at Savage Beauty) in order to tell their own story in stitches.

Big window pictures from Style.com. Item shots provided by me, but these are the only ones that didn't have phantom DKNY models or Che Guevara in them. Didn't know Che was a couture fan, did you?
art + fashion