By Jael Paris - July 01, 2010
While flipping through a gallery of celebrity shots, my co-worker was startled by a formerly light-skinned actress' orange fake tan. "Real women are pale," she tossed off before moving on. I couldn't help but marvel how, removed from context, insanely racist her comment sounded.
If you too would have been taken aback by her comment, ponder this: why is it okay for "Real women have curves" to be a slogan? 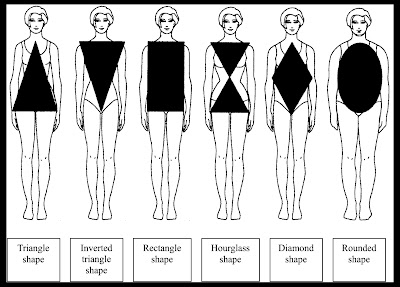 To declare that one thing is real still leaves it's opposite ambiguous. Are other women fake? Unattainable? Imposters? None of those sound like good options when you're not a curvy woman. And let's not forget that gangly teen girls, sensitive about waiting for puberty, hear us make that declaration too.
In our knee-jerk reaction to hyper-skinny models and the heavy hand of photoshop, we may be trying to swing too far in the other direction. Fashion's response to our cry for "real women" won't be Kelly Clarkson on the cover of Vogue. (They could hardly handle the lovely Tina Fey, after all.) Instead of Kate Moss, they'll push Scarlett. The perfect hourglass being the only curves they find acceptable.
Truthfully, we're forgetting real women. Real women are varied in their beauty. We're curvy. We're lumpy. We're short; we're lithe. We're boxy. We're bird-like; we're boyish. We're thick thighed and pocket-sized. We're all real and we're all beautiful.
body + beauty issues

Amber said…
I HATE the whole "real = curvy" thing. I don't have curves, but I'm pretty sure I'm real, and yes, it's offensive to have to repeatedly hear my natural body shape refered to as "freakish" etc. As you point out, we wouldn't accept that kind of comment on anything else, but it seems to be totally acceptable when it comes to weight for some reason!
July 1, 2010 at 1:42 PM

John said…
I would like to share my thought that real women should wear cloth that suit her and should not try to follow fashion that not suits her, recently visited Vitkac and fond decent and simple cloths for women.
March 7, 2017 at 11:55 AM

Haris said…
I'm glad I found t web site, I couldn't find any knowledge on this m prior to.Also operate a site and if you are ever interested in doing some visitor writing for me if possible feel free to let me know, im always look for people to check out my web site. cheap womens dress shop
June 10, 2021 at 6:16 PM