By becca - March 08, 2010
Last night the red carpet sparkled and shimmered Hollywood showed up for its big night. The internet is now plastered with best and worst dressed lists. We want to know your opinion. Last week, Jael Paris dressed several stars in looks she thought would be daring, interesting and beyond the normal Grecian hourglass looks that stars wear to play it safe. Vote below to tell us what you think of our choices and the actual choices the actresses made. 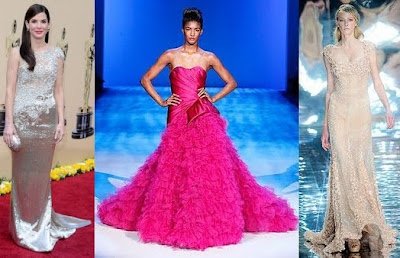 Sandra Bullock sparkled silver for her big moment. Honest, I always wish for bigger dresses when an actress has such a big win, but she did look stunning. It's very similar in idea and shape Elie Saab dress on the far right.
poll by twiigs.com 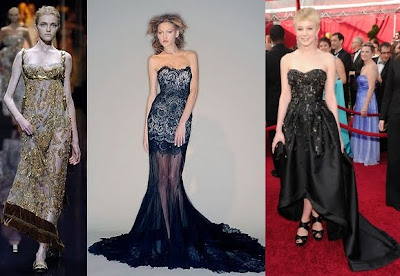 Carey Mulligan has made several interesting choices on the red carpet. I look forward to a long career of interesting dresses from her. She played it a bit safer than our picks, but she will had an interesting choice with her black shoe-showcasing number. Jael wishes the shoes were better, I kind of like them. What is your vote?
poll by twiigs.com 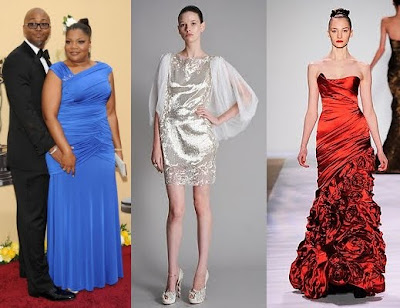 Monique went for a very traditional shape with this dress, but she chose a great color. In a sea of nuetrals her romantic blue dress attracted all the right attention for the Best Supporting Actress. While I'd like to see in her the red dress (or one like) someday, I like her choice.
poll by twiigs.com 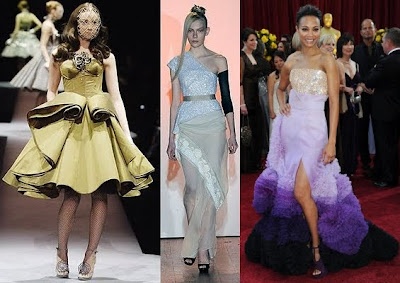 When Zoe Saldana showed up in this poofy purple number Jael, who was sitting next to me, started kicking her self for not featuring this dress since she almost chose it for Zoe. She even showed it to me in the file on her computer. Zoe lived up to and beyond our fashion expectations for her. What did you think?
poll by twiigs.com 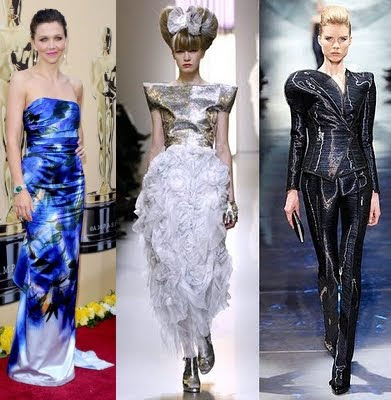 Maggie Gyllenhaal is an actress I adore watching on red carpets because she doesn't mind taking risks, and she doesn't seem to mind when the risks end her up on worst dressed lists. I was disappointed last night. This looks like an inexpensive maxi dress. I love a print, but not this one. I really hope she dares to wear pants to the Oscars someday. If anyone could pull it off, she could.
poll by twiigs.com
celebrities