Why I Cried Over Alexander McQueen's Death

By Jael Paris - February 15, 2010
Fashion is known for being a hyperbolic industry, but it's not a stretch to say Alexander McQueen was the best designer around. He was getting bigger and better, and I could barely contain my excitement for his upcoming Paris show. Even if every other designer produced traditional silhouettes in safe colors, McQueen would thrill me with some beautiful rumination on asylums or bull fighting. 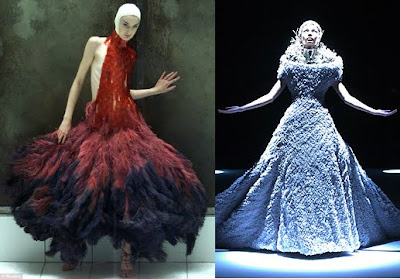 His shows were masterworks of drama everyone in the fashion industry dreamed of scoring a ticket to. From fire to live wolves, carousels of psychotic clowns to human chess boards, from indoor ice rinks to dance marathons, McQueen brought danger, excitement and, most important of all, wonder to a tired and jaded crowd. 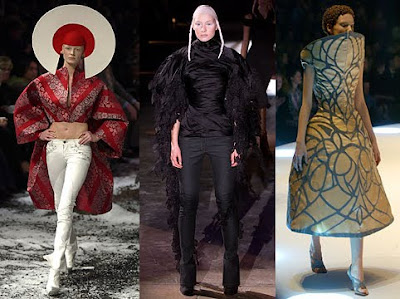 But even when he would strip everything away, his tailoring still moved people to tears. His sharp suits, tight slacks, gothic jackets and romantic frocks moved beyond mere leather and lace into the realm of art few designers can imagine. 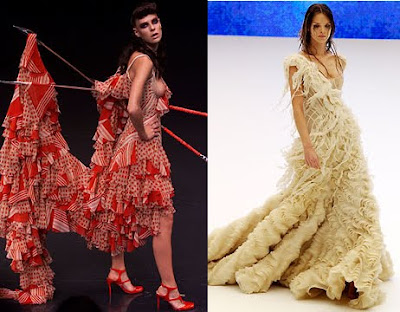 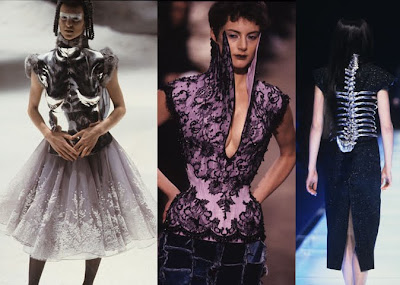 And that is why I cried for hours over his death Thursday. I knew next to nothing about Alexander McQueen the man, but I knew his clothing was the art that fabric can be. He used traditional elements of British style to flip off the It Bag culture and tell a story -- about the false romanticism of 18th century Scotland, about the Salem witch trials, about Origin of Species -- in couture. 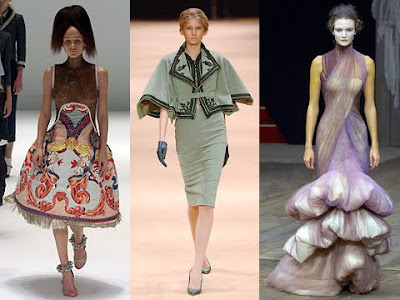 Alexander McQueen's suicide didn't just affect those who knew and purchased from him. His death, in a way, locked the wardrobe door to gothic Narnia.

Videos may not be safe for work.