By Jael Paris - February 02, 2010
Chanel and Armani Prive were promoting what will be one of the biggest trends this spring, pastels in multiple variations. Chanel was certainly the shiner of the two with the metallic shoes and space tights. Armani is generally one of my favorite couture shows, but I found this selection of celestial suits sleep-inducing. (Gaga's Grammy edits were a clear step up.) 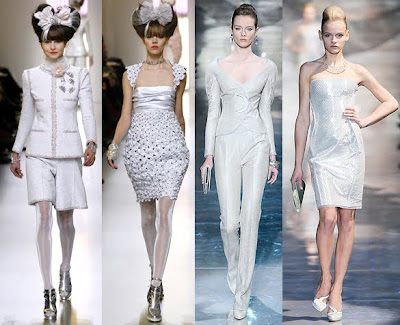 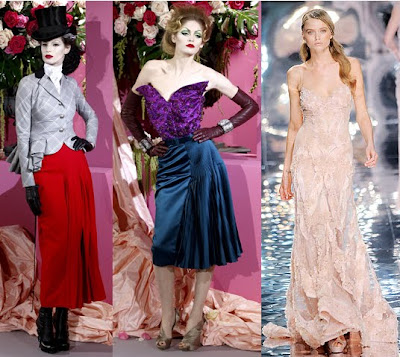 Equestrian Dior and hoochy glam queen Dior. One of many similar Saab gowns.
Red carpet king Elie Saab also dabbled in the trends of pastels and hints of exposed undergarments, but overall it felt mundanely familiar. Those are not words I want from my haute couture. Crazy, whackitude, and that's a lot of dress are much better words.

Now that Valentino has retired from the house that bares his name, I worry about the direction it will go. If the incoherent color block suits with highlighter yellow pops and a faint whiff of Avatar are any hint of the new path, I'm not on board. 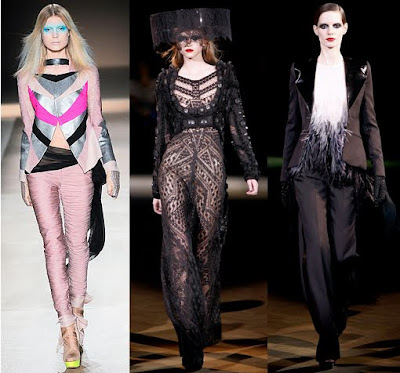 Jean Paul Gaultier took his boob-centric show on the road with clear influences from Mexican cowboys, Acoma, Aztecs, Mayan and even the Central American jungle. 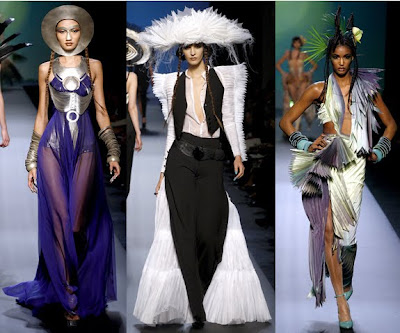 rachel said…
I love when you cover couture shows. And I want some shiny space princess tights.
February 3, 2010 at 7:03 AM