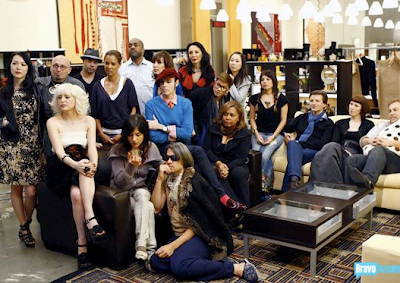 I'm still up in the air about this series. There are things I like, but there are also some rather fatal problems. Since I kept getting bored during the show (fatal problem). I'm going to review the likes and dislikes rather than give a straight up recap.

Likes:
Dislikes
The winning line will be sold through Ruelala. You can sign up for the exclusive shopping service through that link.

What did you think of last night's episode? Will you keep watching?
Photos Source: BravoTV.com
TV + Film