By Jael Paris - February 20, 2009
I've mentioned the economy in almost every Fashion Week post because fashion houses have been closing right and left. (R.I.P. Bill Blass.) While the price point may be $550 for a dress, once they pay production costs, many designers are barely making it. With people cutting out vacations and manicures so they can pay bills, how are designers trying to attract that elusive dollar?

Inexplicably, Derek Lam translated a monetary crash into fur coats. Despite the fact that fur will automatically turn off one customer base, it's not exactly the cheapest way to stay warm in winter. I love the shoes, but they are not what I would buy to protect my feet from December's snow. Fortunately, he shifted to modern chic date looks and nice clothing for the office before the middle of the show. 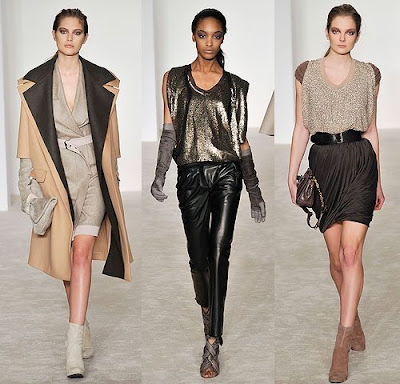 Confession: I love Rodarte's modern, tattered beauty asthetic. For Fall/Winter 2009, their mini dresses looked like hand-made paper, granite, and lichen. Once again, I want the shoes from the show, this time thigh-high boots. Young, trendy celebrities will be snatching these dresses up. 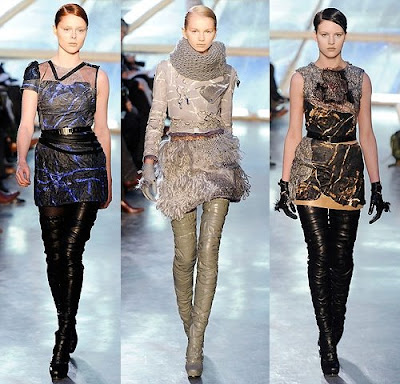 In light of Max Azria's reputation for being feminine and commercial, this show was unexpected. It was heavy on black and sheer with sharp shoulders, but then other looks would be soft and draped. The collection wasn't coherent to me, but some parts were very pretty. I especially loved the use of lace as it added a Victorian element to the more futuristic looks. He's certainly appealing to girly girls who are feeling a little down about losing those manicures. 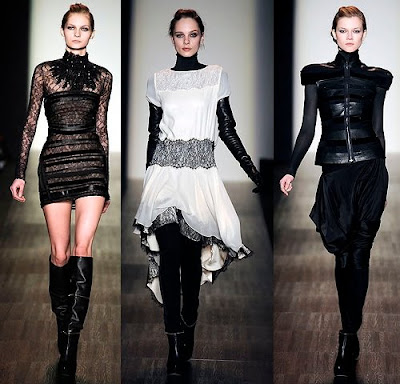 I had to look through the Behnaz Sarafpour show several times, because the ombre pumps were so pretty I forgot to look at the clothes. Aside from the shoes, the collection's strong point was the work wear, which I think is the safest way to attract buyers. (I'd really love one of those wool coats.) 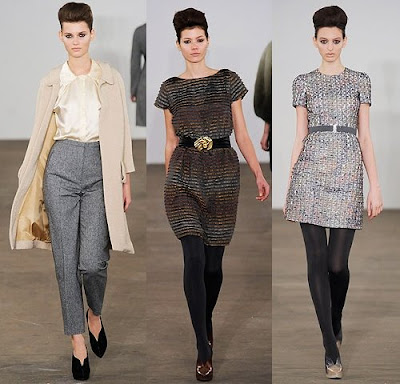