By Jael Paris - February 18, 2009
Much of New York Fashion Week so far has been harsh and dark. Thank you, Temperley London for understanding that economic hardship doesn't mean we want to stop being girly. While Temperley also played tough with plenty of black, leather and zippers, their usual lace and ruffles did not disappear. 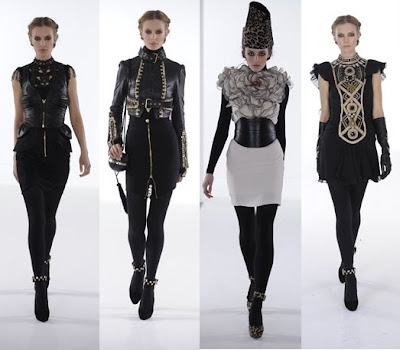 Last season, Henry Holland put out some sheer dresses with black and white prints in strategic places. I wasn't a fan (but it was hilarious on pregnant M.I.A.). Preen presented some dresses this season with a similar vibe but better execution. Aside from dresses clearly meant for the celebrity set, the runway was full of houndstooth, simple shifts, and bulky coats. The show was mostly black with bits of mustard, so I don't know how the sherbet was supposed to work in at the end. Also unclear, how large cut-outs in the coats are supposed to keep you warm. Designers, if you're idea for cut-backs in fashion is to be literal, you're missing the point. 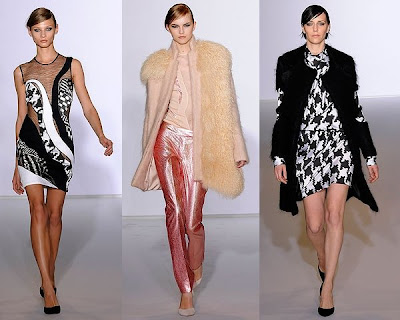 My favorite looks from Vena Cava were the cocktail dresses. I also like the use of flats paired with everything from casual to formal. 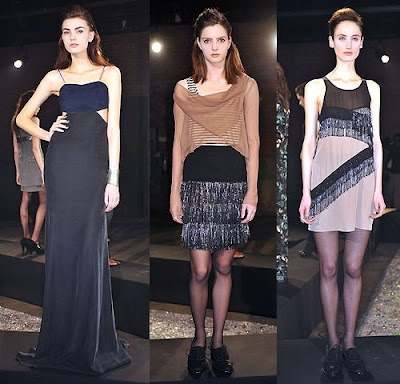 If you would describe your style as city chic, Zero + Maria Cornejo would like to dress you up. The mostly black show was simple with dashes of slick details and included everything from the office to the weekend to a night out. 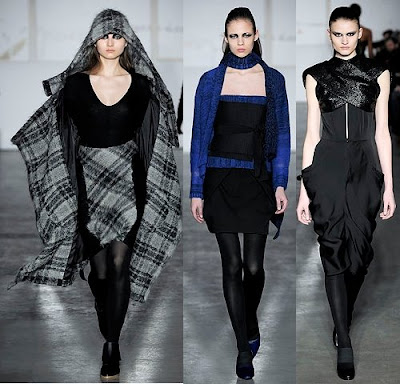