I Continue To Love Alexander McQueen

By Jael Paris - February 17, 2009
McQueen recently did an interview with NY Mag about his forthcoming collaboration with Target. What stuck out the most to me were the questions and comments regarding those of us in the Midwest. 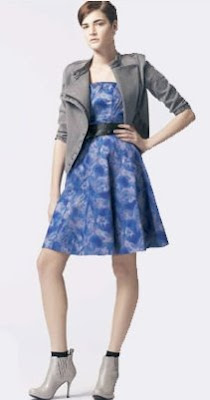 Cut: Why did you decide to do the line? AM: The idea of increasing my visibility in the U.S. for McQ was appealing to me — I liked the idea of someone in the Midwest buying a piece of McQ and taking a bit of London home with them. I like the idea of infiltrating an area that is not really exposed to me or my work.

Cut: Do you think consumers in Middle America are ready for McQueen?
AM: Definitely — it was an exciting challenge to translate my vision into a mass-produced product that is accessible to people who otherwise would have never been exposed to my work. I think there will be some McQueen fans who are excited for the collection, and of course the loyal Target shoppers who will be pleasantly surprised at the edginess and level of style offered.

Is anyone else slightly confused by that second question? Does NY Mag think asymmetrical jackets will shock soccer moms and Indiana University students? What does "ready for McQueen" mean?

I've shared with you before about how obnoxious it can be to shop in the Midwest when the large department stores fail to offer anything interesting. All we have for stylish and in-style clothing is boutiques (which I can't afford to let be my entire wardrobe), discount stores like Marshall's, and Target. (We have stores like Forever 21 as well, but I've found their sizing prevents many adult women from shopping there.)

That said, I'm glad the Midwest was in mind. I get so mad when I hear there is a designer collaboration coming then it's mostly sold in New York before it gets to the stores here.

Final tidbit from the interview:

Cut: Did your decision to do the line have anything to do with the economic downturn?
AM: It is a difficult time with the current economy and we are delighted to be able to offer an affordable line to fashion-savvy shoppers. Fashion and style should not be exclusive to the luxury market or to those who have a certain amount of money.