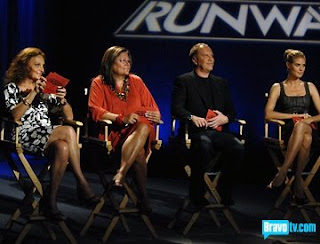 This week the designers had to create a look for Diane Von Furstenberg! The look had to fit with her new line. As a treat for the designers, they were able to choose from Diane Von Furstenberg's fabrics! If I could choose a room full of fabrics to see, that would be the room. This week the winner got more than immunity too because the winning look will be produced and sold (to American Express card holders only, of course).

This week I liked all three of the top looks. Kenley's was very simple, but very well-made. Many of the designers gave her a bit of trouble because they said her look was too simple. The judges liked it. Although, they would have like to see one more piece with it. Korto did not look happy tonight. Once again, she create a stunning look, which this picture doesn't do justice. It was very Diane Von Furstenberg with the great print and pops of yellow. I thought she should have won last week with her seatbelt coat, and she was right up there this week. Yet, she didn't win. She looked frustrated, but I expect to see her at Bryant Park. 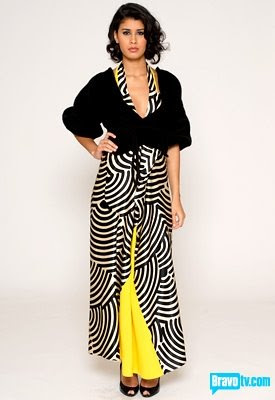 Leanne won, even with immunity from her win last week. Her look was fabulous. The rich color with the structured jacket fit the vibe of Diane Von Furstenberg's line. I wish they had a rear view to show the ruffles down back. It moves beautifully. 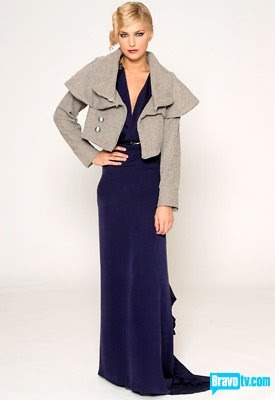 Joe's look did not turn out. His sketch looked awesome, and I got excited about it. Something went terribly wrong when the look went from paper to reality though. His execution was poor, and the back of the outfit didn't even line up. He almost went home. 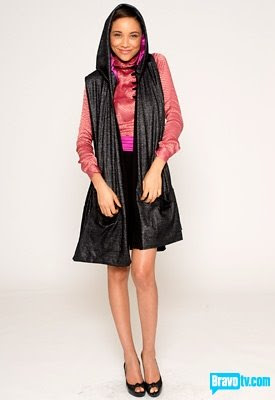 Stella did go home. I am very surprised she lasted this long. I predicted she would be gone early after the first episode. She does great when working with leather, but her taste is off. Plus, she always needs help on everything from making coffee to ironing to pulling fabric off of a shelf. Like many of her past looks, this one was poorly executed and lacked style. I'm not sad she's gone. 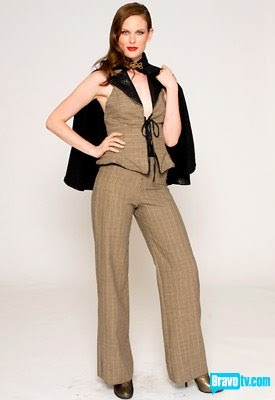 BekkaPoo said…
While I liked Leanne's look, I think Korto was robbed again. Korto's look was more in line with what DVF usually does, and since the judges loved it, I don't get why K. didn't win (yet again)...
September 5, 2008 at 10:40 AM