Project Runway goes to the Met

By becca - February 14, 2008
But who goes to fashion week?
SPOILER ALERT: As usual, I'm going to tell you what happens. 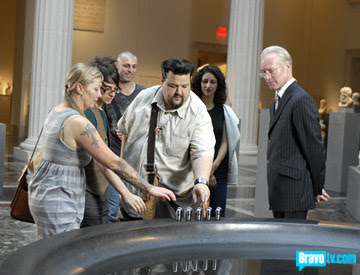 The designers have reached their final challenge before fashion week. To make up for last weeks ridiculous wrestling costume challenge, the designers were taken to the Metropolitan Museum of Art to find inspiration for their pieces. They, of course, loved the challenge and go to work on the pieces they all thought would take them to Bryant park.

Jillian's wearable, edgy look (with a gold lining on the coat and a cute gold dress underneath) secured her a spot on the runway. 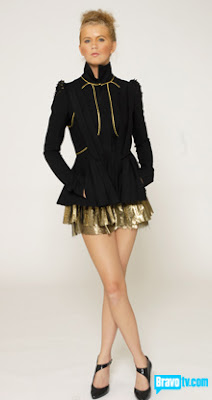 The judges declared Christian the winner because of his attention to detail, consistent vision, showmanship and wearable elements. 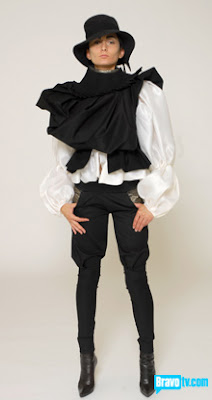 Sweet P's peacock inspired dress didn't flaunt its feathers enough for the judges. They liked her overall wearable style, but decided she lacked the show quality they wanted to see in Bryant park and send her home. 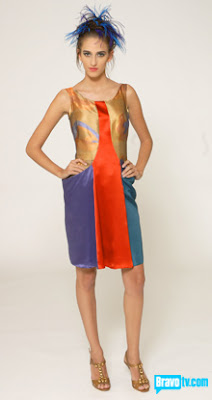 And then there were two, but there was only one spot left. The judges had obviously been torn. Rami's consistent, wearable dresses that many women would love to wear had it's advantages, but can he do anything else but beautiful Grecian draping (he did once and it paid off). This weeks dress was no exception to his draping addiction, even if it did show a little more skin. 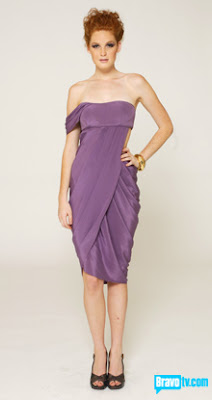 Chris is over the top, but he's always over the top. The judges thought this was too reminiscent of his collaboration with Christian and wished he would have pulled out some new tricks. After all, we know he has new tricks. 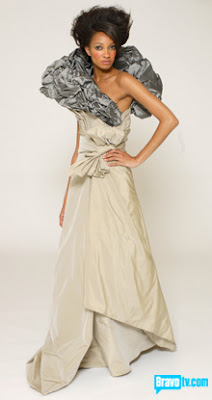 Since the judges couldn't decided they put them both through. BUT... They aren't guaranteed a spot. The judges will look at the three strongest pieces from their collections to decide who actually gets to show at Bryant Park. (Unless they decide to take four like last year.) Next Week: We get to hear the designer all come back and talk about the experience, which means we don't get to see any new clothing.
designer Project Runway TV + Film

Anonymous said…
I loved Jillian's! I used to despise Christian for his attitude and ridiculous hair, but his consistently beautiful and interesting work has won me over- he can pretty much say whatever he wants now as long as he continues to deliver.

I was really disappointed in Rami. His draping is beautiful, but his choice to ignore the judges was very stupid. I'm really interested to see what his 'passion' for draping does to his collection for the finale.
February 14, 2008 at 5:26 PM

Jael Paris said…
Clothing is moving toward draping, but Rami's stuff isn't as exciting as 3.1 Phillip Lim or Proenza Schouler.
February 14, 2008 at 6:34 PM