By Jael Paris - July 17, 2014
Couture is our favorite season because designers can let their imaginations fly without worrying about sales. Sometimes that freedom goes wrong.

Let's start with the Viktor and Rolf show, which was dedicated to all the little girls who've ever played fashion designer with mommy's towels  and blankets. The whole freaking show looked like this. How is this a demonstration of the designers' skills? 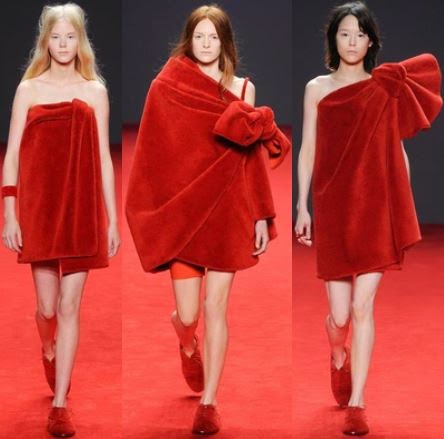 Versace is always hit or miss because the house delights in the tacky. This season, they decided to experiment with what they are calling a tress -- half dress half trousers. It looks terrible. The fringe in not helping. The show also featured a bunch of random cutouts which looked poorly planned from the back. 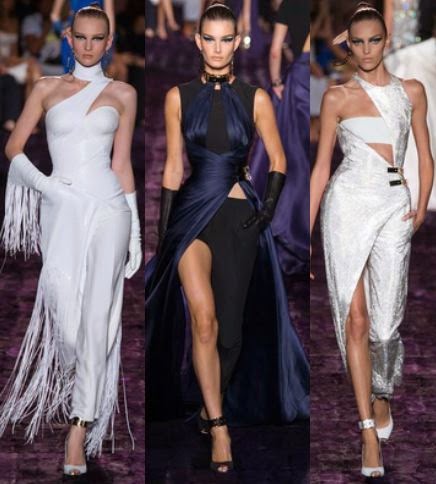 Drawing hands was always the worst part of any drawing, so I'd hide them in pockets.Sometimes my lack of planning meant the arms were at awkward or just plain impossible angles. The weirdly low pockets on Dior's gowns make me think the models have poorly drawn hands. 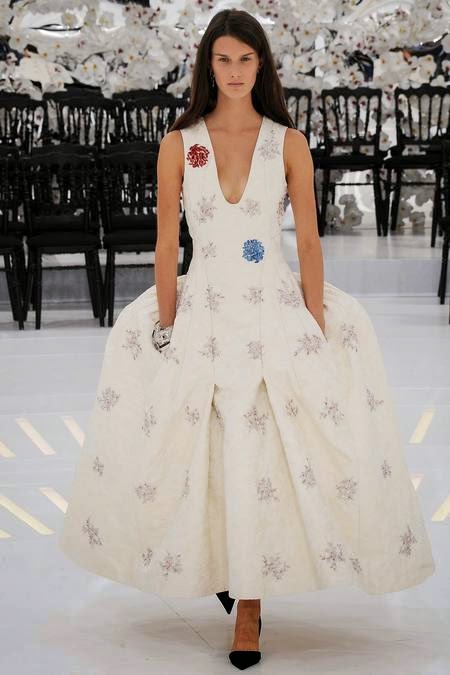 Dior was a nightmare beyond poorly drawn hands. Unless you know how bell-skirted gowns connect to jumpsuits with baggy 90s zipper pants, there was no cohesion in the show. Some of the gowns had horrible netting on them for no determinable reason. Look at the back of the dress below and try to argue that it wouldn't be better solid or just backless. What's with the big "nude" panel (that will look extra awful on anyone who doesn't have that skintone)? 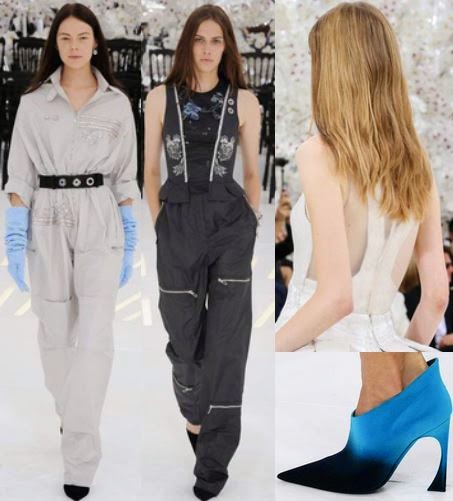 Those booties. I can't.

At least there were a couple nice jackets for Jennifer Lawrence to borrow. I know she's making millions as Dior's brand ambassador, but the girl needs to jump ship. I'm sure some other house will gladly pay her the big bucks.

Anonymous said…
The way that the shoe picture is positioned below a photo of a model makes it look like the foot is actually the model's posterior. I thought "What were they thinking??" Then I realized that I was the one not thinking.
July 17, 2014 at 10:00 PM