3. Heidi wore a cool print for the print challenge. I actually kind of want that shirt. Overall, Heidi has been dressing better this season. Right? 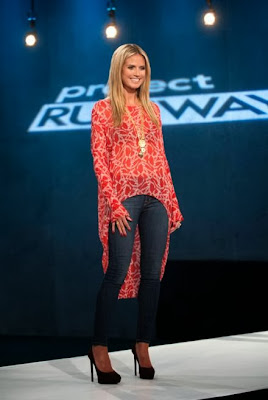 4. I liked that the designers got to meet with innovators to get inspired. (HP was the sponsor for the textiles so we didn't have to draw inspiration from yogurt. Yay!)

5. Dom won and totally deserved it. Not only did she design a great print, but she also created something cool with it. 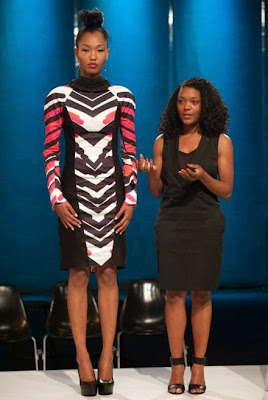 6. Bradon's jacket was cool, but I think he kind of underwhelmed me with this look. 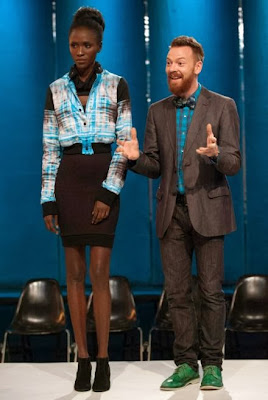 7. I don't know if Helen is that annoying to work near or if it was just the editing, but she produced a pretty cool look either way. I don't care for her print, but I think she made it work (as Tim would say). 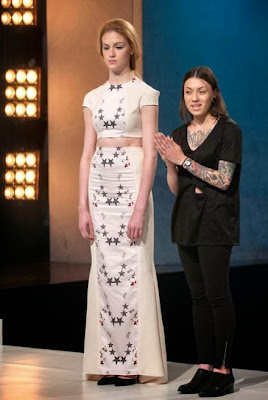 8. How was Alexandria safe? What is this? When I was little I would try to make clothes for my Barbies out of fabric scraps usually from torn socks and rags (no one can sew so I didn't even have proper scraps). This resembles those outfits. Why was this not in the bottom? 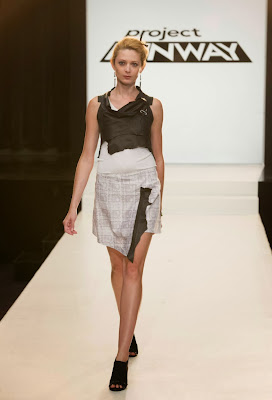 9. Justin's look was the definition of "safe" to me. I think the judges put him in the bottom because he plays it safe too often, even when he doesn't play it safe on purpose. 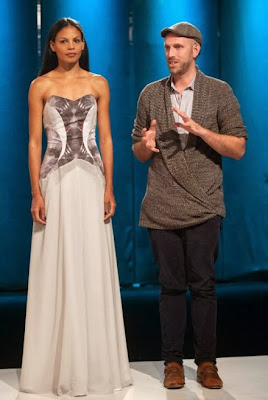 10. Alexander totally failed to find any real inspiration from his pastry chef. I'm inspired by cake frequently so I don't know what his problem was. This dress was not good. He ignored Tim's warnings, but I do have to credit him for following his gut and not second guessing. At least he was eliminated on something he took a chance on(?). 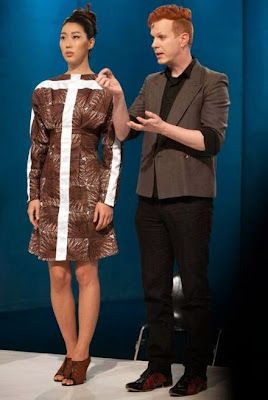 11. The double elimination was terrible. Kate's look was bad. I'm not sure what happened here or why she lost her way so badly, but she has been so good all season. There were several challenges I thought she should have won. The judges have found reasons to keep worse looks this season. They could have found a reason to keep her. It almost felt a bit like they didn't want a designer eliminated in a previous season to go all the way (but maybe I'm just mad that she's gone). I hope we see her in an all-star season soon. 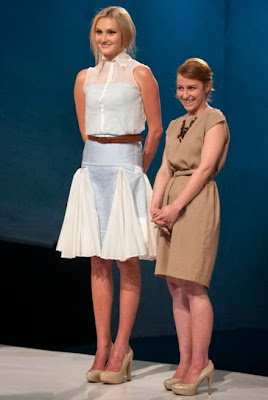 12. With Kate gone, my top three are Dom, Bradon and Helen. I think I'm currently pulling for Dom the most. I'm ready to be done with Alexandria, but she might create a more interesting collection than Justin who just doesn't seem to know how to take his designs to the next level.

What did you think?
Project Runway

Anonymous said…
What were the requirements for the challenge? I saw the word "pastry," in there. One outfit looked like a giant hot cross bun.
October 4, 2013 at 10:58 AM

I was so bummed and surprised that Kate was eliminated! Her look was BAD, but she has been consistently awesome all season! Boo.