By becca - September 19, 2013
1. This challenge didn't work. They designers had to create for a “modern southern woman,” which was too broad a concept. With mass produced clothing and metropolitan southern cities, I would find it difficult to pick out a southern woman from a northern, mid-western, western or eastern woman. The challenge should have just been “design for Belk” with a lookbook of Belk's latest collection.

2. Swatch was so not having this challenge. 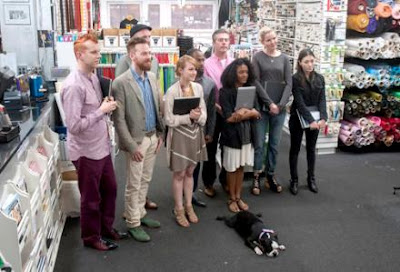 3. But he let Tim take his picture anyway. After all, Tim and Swatch appear to be best friends. 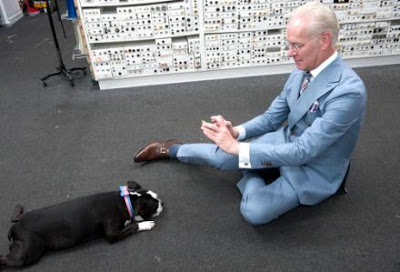 4. Bradon won the challenge, which thrills me. I thought his dress was really cute. I'm not sure why Ken was so offended that designers used plaid. Women from various parts of the world wear plaid. 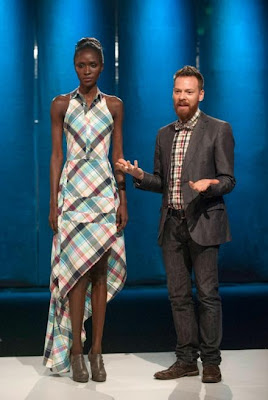 5. I do think the judges just wanted a plaid-off when they put Alexander in the top three. His plaid dress just wasn't great. It was OK, but not great. 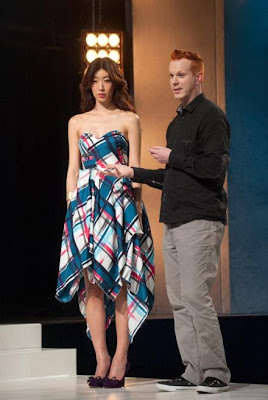 6. I really liked Kate's dress. It was adorable and perfectly Kate. Heidi didn't like it, but everyone else did. 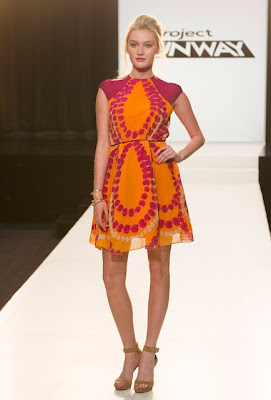 7. The judges put to southern designers in the bottom three—Dom and Ken. Far be it from me to defend Ken, but I think the challenge was terrible if designers from the south couldn't live up to the standards.

8. This dress was not Dom's best work, but I'm not sure it deserved the ridicule it got from the judges. 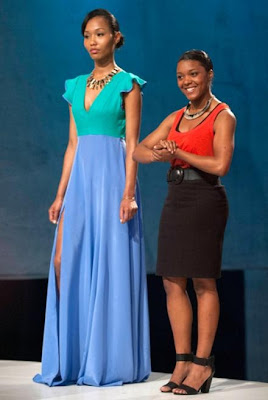 9. Ken's dress was drab and the fabric was wrong, but it wasn't the worst of there last week. I understand why Nina was ready to toss him out anyway because his attitude was awful. 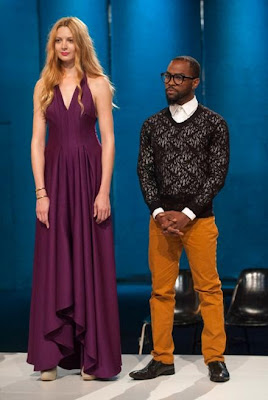 10. Jeremy's dress looked like something a lot of the older ladies in my church wear. It's fine for them, but not all that fashionable. He was the clear choice to go home, sadly. (Can we ever get rid of Ken?) 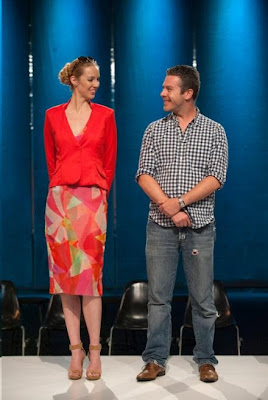 11. However, the judges decided on having a one-hour redesign competition. This was more for the drama than anything. Jeremy should have gone home right away. Sadly, the judges didn't like his new dress at all. I thought it was a little better than Ken's which looked way to heavy at that length. 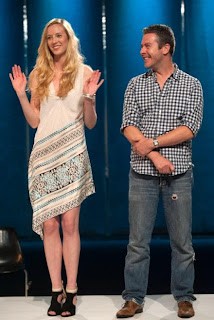 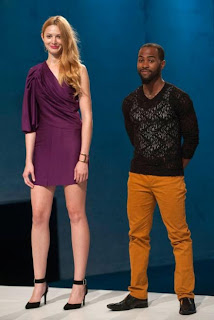 12. Dom got a win with her remade dress, which was much better than her first look. She gets to be in Belk stores with Bradon. 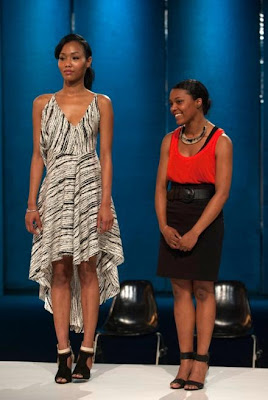 What did you think of this challenge and it's winners/losers?
Project Runway

Rachel said…
Yeah, the challenge was just kind of dumb. Nowadays people from the south don't dress much differently from those from the north.

I actually didn't mind Dom's or Ken's looks... until they remade them. Then Dom's was awesome and Ken's was awful. I couldn't believe the judges liked it more. I do agree that they sent the right person home, even though I liked him :(
September 19, 2013 at 2:54 PM