By becca - September 05, 2013
1. This challenge was inspired by shoes!
2. I love the shoes Kate chose. I want to try them on because they look crazy. 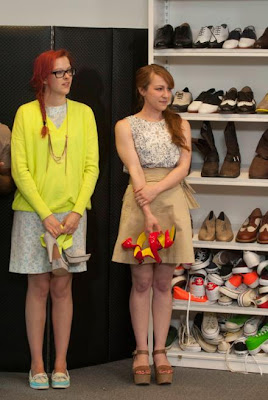 3. Louboutin's red sole was inspired by one of his employee's finger nail polish. This was the answer to some fashion trivia the designers had to answer in order to get a turn to pick shoes. I've been wanting to paint to soles of some of my shoes with nail polish and now it sounds even more fun.

4. I love it when reality television ends up with foreshadowing. Miranda didn't know a single fashion trivia question during the quiz show style shoe choosing ceremony.

5. Suggested budget of $250 for this challenge. I really want to know where all the designers stand money-wise. Who is at risk of running out?

6. The judges hated Jeremy's look. It's wasn't great, but the top had a good idea behind it. I think he could do something with this concept. It didn't deserve the ridicule it got. 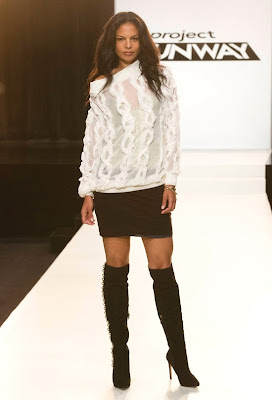 7. Helen won with the structured little black dress. It's actually pretty great, but when I finally got around to writing this post, I had completely forgotten about it and who even won. It's nice, but not memorable. 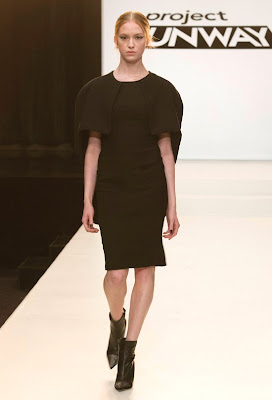 8. As alluded to in the foreshadowing comment, Miranda went home. I think it was time. 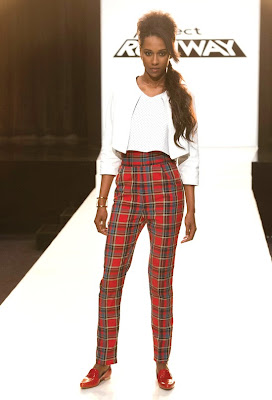 9. Alexander illustrated the proper way to make plaid pants. This was probably extra unfortunate for Miranda. At least he wasn't in the top so the judges didn't do a side-by-side comparison. 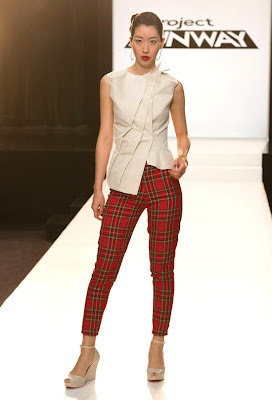 10. Alexandra chose a killer pair of shoes. Her dress worked with them. The judges loved it. I paid more attention to the shoes than the dress though. It's hard because a lot of dress would be too much, but I still wanted more. 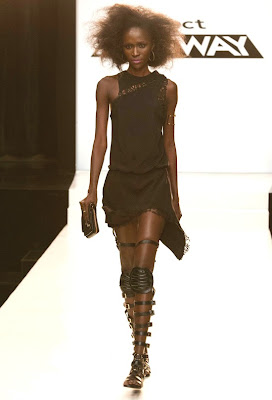 11. Bradon! Don't scare us by being in the bottom. Also, please go back to making the awesome. It's OK to have an off week, but we hope you recover quickly! 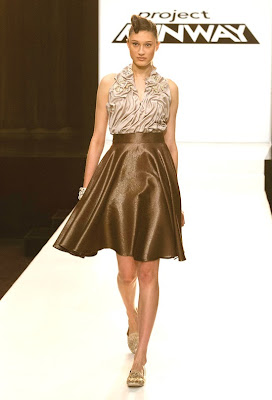 12. The best moment int his episode was watching Tim Gunn help Swatch find his ball at Mood. I think Swatch has become the star of this show. 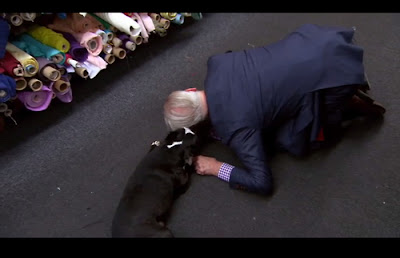 Rachel said…
Tim is so cute.

If Bradon doesn't get back to designing awesome stuff I'm going to be so disappointed!! This week's look was AWFUL... I was actually worried they'd send him home.