By becca - September 26, 2013
1. For a challenge involving viewers rather than models, I think this one had very little complaining about non-model figures. That's an improvement.
2. Ken is scared of real women. Of course. But so far he is really nice to her.

3. I liked the idea of casting PR superfans. A lot of the makeover episodes involve women who aren't totally thrilled to be there. These fans were exciting even when their look was losing because they were on the set of their favorite show.

4. Alexandria needs to work on her people skills. Her client called her intimidating.

5. Also, her look seemed like things I could buy just about anywhere. It was disapointing. 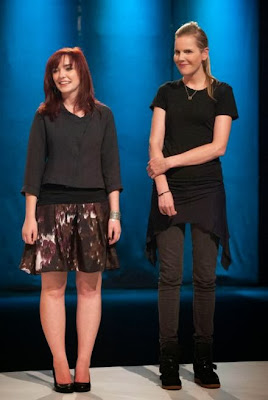 7. I love what Justin did with the signature. His look really flattered his client too. 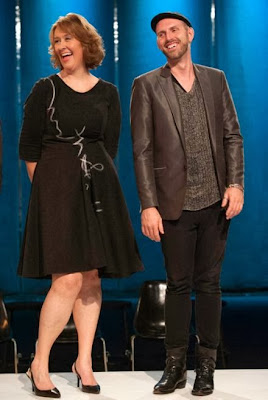 8. I know the judges are supposed to make quips, but it always seems mean during these real people challenges. The models are paid to stand their. These clothes don't represent them, but our fans had outfits made for them so when Zac Posen called Alexandria's look a "Maternity Librarian," it seemed rather awful that he didn't wait until she wasn't on the runway anymore.

9. I don't begrudge Helen the win, but I really wanted it to go to Justin. Her dress was lovely though, and her client was totally transformed. 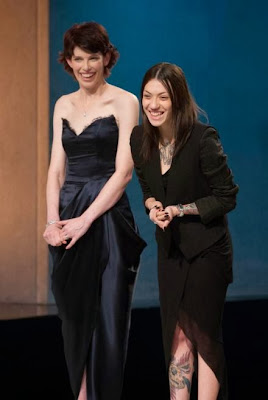 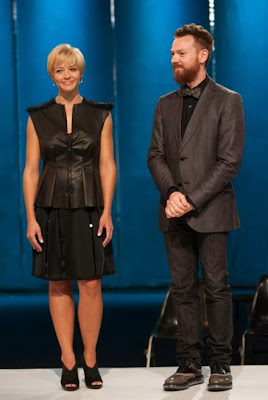 11. Alexander didn't fair well at all. 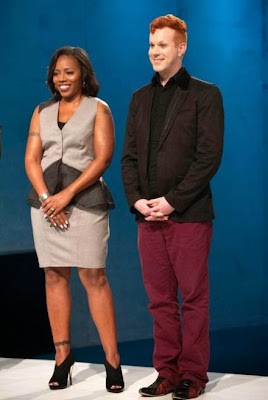 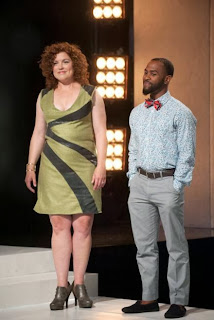 What did you think of this challenge? Are you glad Ken is gone? Are you looking forward to the print challenge?

Rachel said…
Of course I'm glad Ken is gone! I'm ready for Alexandria to be gone too... for different reasons, obviously!

I liked the winning look and Bradon's look the best.

It annoys me a little that they call it the "real woman" challenge, as if the models aren't real. They're definitely not average, but still! If I had a model-esque figure I'd be insulted.
September 27, 2013 at 4:44 PM

It's very nice of you to share your knowledge through posts. I love to read stories about your experiences. They're very useful and interesting. I am excited to read the next posts. I'm so grateful for all that you've done. Keep plugging. Many viewers like me fancy your writing. Thank you for sharing precious information with us. Best scale parts service provider