By becca - July 25, 2013
1. Voting brought back the wrong designer.
Viewers got to vote to bring back a designer who had been eliminated before his or her time. The choices were Season 11's Kate, Season 6's Ra'mon-Lawrence, or Season 8's Valerie. It should have been Ra'mon. It was Kate. 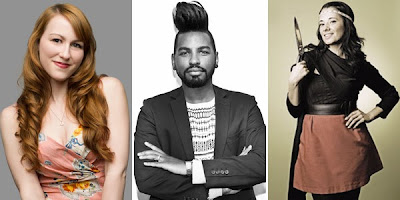 2. Kate did make a very cute dress from her parachute. 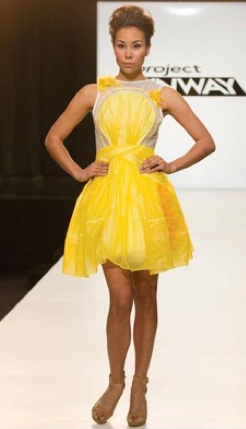 3. This was the coolest way Project Runway has ever delivered materials:
Sky divers jumped from a plane to deliver parachutes. Also, parachute is delightfully difficult material to work with. It was also funny when Heidi nearly got run over by a sky diver during landing.

5. Zac Posen is still pretending to be Michael Kors. He's fine, but I prefer Michael.

6. If your model has to cover her lady bits with string, you should go home.
(You also should not be allowed to make the model walk like that. Seriously. This was made by Sandro).

7. Project Runway should figure out how to communicate rule breaking.
They had to use mostly parachute material. Two designers used mostly supplement materials. One (Miranda, right) landed in the top three only to be knocked down when they figured out what she did. The other one (Helen, left) was safe. This need to be reported better. 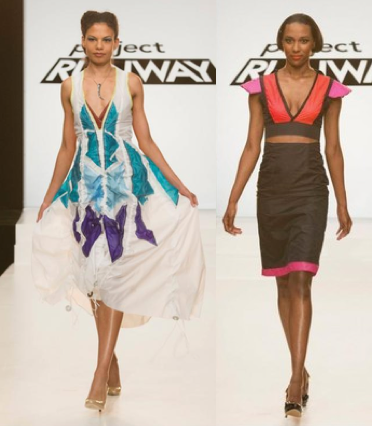 8. No more favorites (sort of)!
The judging is now "blind" so the judges don't know who made what before they score it. However, winners are losers are still picked after they talk to the designers, and they will get to know their styles soon. Still, it's a good new rule.

9. I loved how the winning design moved.
The designer name is Bradon. He used to be a dancer. I think I like him. 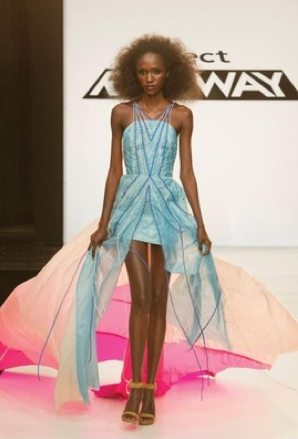 10. I liked the unique structure of this gown, and that one designer attempted and achieved great pants from awful material.
(Sue made the dress. Jeremy made the pants). 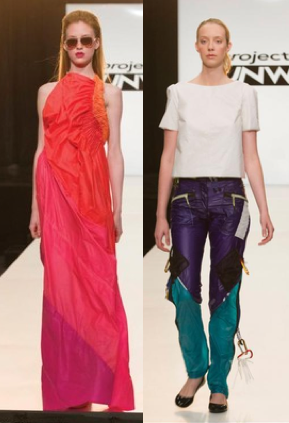 11. This season, the judges get up close to the models and really look at the garments.
Try to hide those flaws now, designers!

12. Ditch the drama!
I don't like designers being there just to keep drama up. Sustainable Guy (Timothy) and Angry Russian (Sandro) need to go.

What are your thoughts on this new season so far?
Project Runway

Rachel said…
I agree with everything you said, of course! I would have been happy with either the design that did win or the red tone one with the cool neckline winning.