By becca - April 16, 2013
When Project Runway announced they would be created an all teams season, I nearly gave up before we even began. At the beginning of the season, I watched one team find success in helping each other while another teams began to crash and burn. Soon the teams were switched up. First, they were random, then the designers chose, then the judges chose. The random and designer-chosen teams worked better than most of the torturous judge-made concoctions.
Overall, I think the beginning teams approach could work in seasons to come. However, once the designers are down to 10 or 8, we need to see them on their own. Yes, we all need to be able to work in a team environment, but the designers need a chance to show us their work, uncompromised by committee-driven designs, over-dramatic teammates and being forced to pick up the slack for designers fall behind.

This has been a more interesting season than most of the recent ones as far as fashion goes. I'm not sure we can attribute that to the teams. I think it has more to do with this crop of designers. I don't necessarily think they are the best in recent years, but the take a lot more risks. Also, the challenges this season have been better and more likely to produce good results (excluding the one where they dressed male strippers. That was stupid. All time awful stupid. Seriously).

Going into fashion week, I'm pleased with the designers we have. While I have loved many of Layana's pieces, I think the judges made the right decision sending her home. She can make very pretty clothes, but she isn't sure how to edit or how to push herself artistically. On top of all that, she lacks the humility to see where she needs improvement. 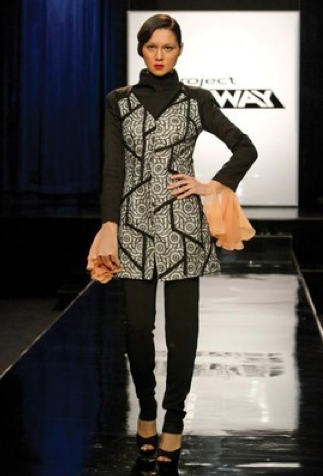 Patricia really could go either way. Her collection could push forward to new places we've never seen and surprise us all. It could also be an arts and crafts nightmare resembling the clothing I used to cobble together for my Barbie dolls. I like that the judges took that risk on her. She has a vast knowledge of art and design. I'm intrigued to see what she can come up with. 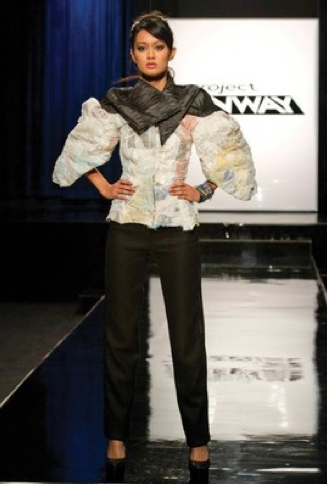 Michelle has been my favorite all season. I love her style. She's creative. She constructs her clothing well. I hope she can make a winning collection. 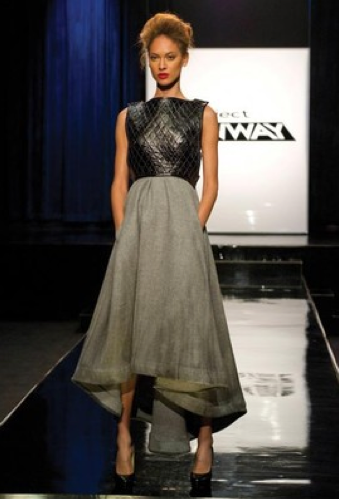 Daniel is another risky designer. Sometimes he goes old lady. Sometimes he creates such lovely pieces. I hope he goes the way of lovely for fashion week. 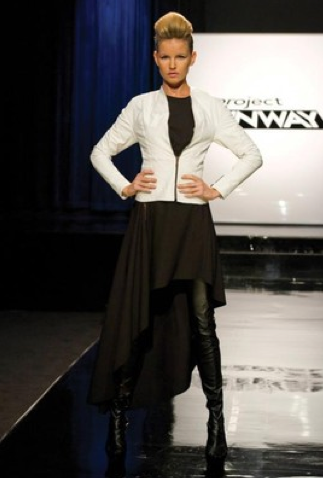 Stanley is a bit of a surprise to me. I think I had to look up his name for several episodes. He just didn't register. He is extremely talented though. I don't know whether the team setting gave him time to start wowing us or it buried him at the beginning. 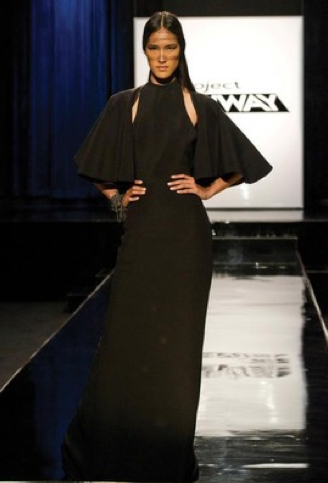 What did you think of the season? Who are you cheering for going forward?
Project Runway

Courtnee said…
I thought I would hate the team concept but I have really enjoyed this season. My favorites are Michelle and Stanley. I'm rooting for Stanley but if Michelle wins it I won't be bitter:)
April 16, 2013 at 11:15 AM

Elizabeth said…
I'm rooting for Michelle. I have no idea how Patricia made it in. The top was interesting, but those pants were horrid. If anyone else sent down pants with different hem lines, the would be out automatically. Every time she sends something down, it just seems off, and not in a good way. Layana's coat was great but missed the boat with the challenge.
April 19, 2013 at 2:34 PM