By becca - February 23, 2013
The teams have been switched up. Heidi appeared on the runway with the dreaded button bag and announced teams of two. This is actually a kind of welcome change because we got to see more of the designers individual style. In fact, this was the least dramatic and most cooperative set of duo challenges I've ever seen. The designers had to create two looks for Miranda Lambert--a performance look and a red carpet look. I liked the idea of the challenge itself, and I think we got a lot of pretty good results.

The Safe Designers
Click through the slideshow below to read our thoughts of the safe looks.


The Top Designers
After being thrown under the bus by her team last week, Amanda teamed up with Benjamin to landing a top spot for their team. Her jersey fringe dress had great movement. It was as fun, easy to wear performance look. I actually would have liked it for every day though. With a little jacket and some tights, I would love to wear it. 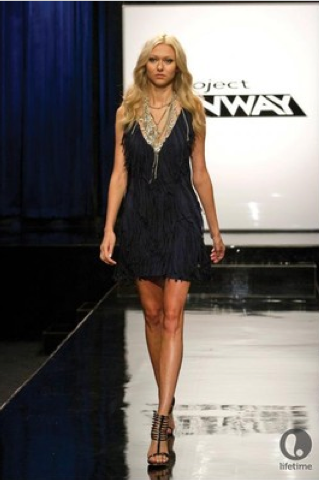 Benjamin wowed too. He created a red carpet dress with real structure this time. I'm glad he didn't try a fancy fabric manipulation. He just made a lovely dress. I really liked the bustle in the back. 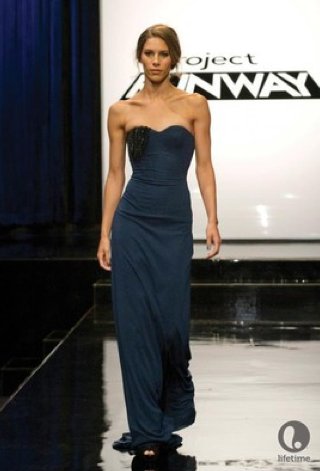 Stanley and Richard earned the distinction of winning team. Stanley's dress was very fun. The judges felt the skirt was bit too full, but they liked the waist and deep V. 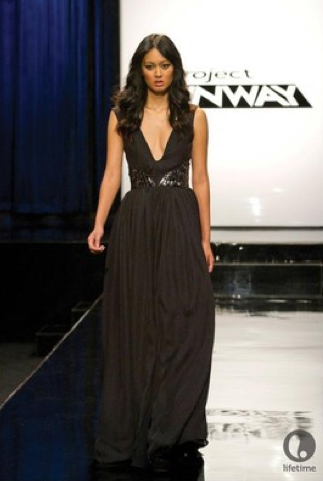 Richard took the actual win. His fringe look went the extra mile with lots of shine thanks to metallic details. At first I didn't like that the back wasn't fringe, but after seeing more, I link it has a nice effect for her shape. She isn't overwhelmed by fringe. Also, this showed good time management. 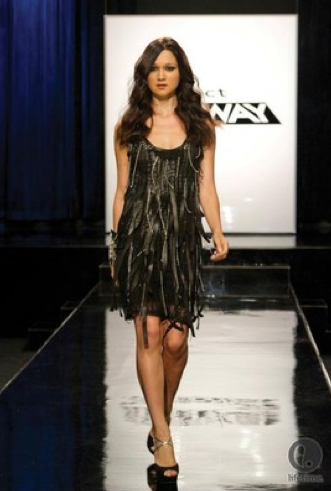 The Bottom Designers
Samantha's look was just boring. It wasn't all that bad, but I think I could buy at the mall for very little money. It hardly had the wow-factor it needed to be a performance look. Worst of all, Samantha had immunity and didn't take the chance to really go for a look. The judges were not happy with her safe attempt. 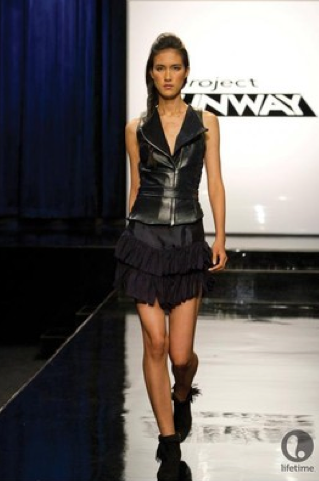 Daniel, Samantha's team mate, also got scolded by the judges. In fact, he got yelled at by Nina. The top looked cheap. The fit wasn't right. The style was out of date. The judges quickly lost their fondness for him. They were certain this red carpet look would land Miranda on the worst dressed list. Though not enough to eliminated him. 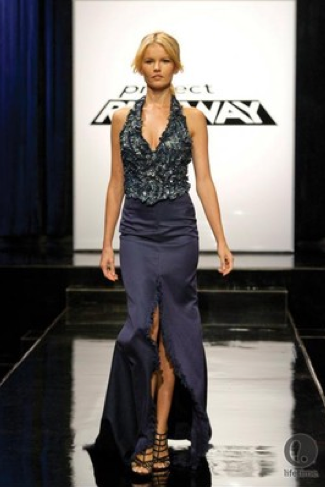 Michelle and Matthew weren't the best team at first, but the worked together pretty well. Michell's look was a bit of a mess. I like her, but I didn't care for this. The fringe necklace was too much. I couldn't really see the look under it. The vest was very cool, but the denim skirt gave me flashbacks to my Baptist high school and the ankle-length skirt dress code. I don't think it worked well as a Red carpet look either. 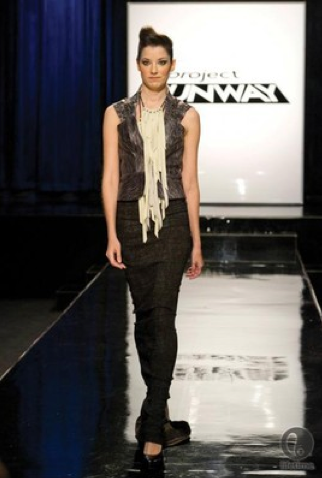 Matthew actually made quite a nice look, but it didn't live up to the challenge at all. It was not a performance look in the least. It was very boring, but I'm sad to see Matthew go. I actually think this was better than Daneil's look. I know the judges don't want to lose Daniel yet, but I think this deserved to stay more. It says good things for the season to come that we are already losing good designers at episode five. I hope this keeps up. 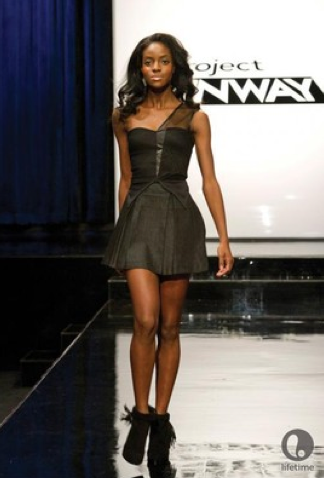 What did you think of this challenge? Do you agree with the winner and loser? What kind of teams do you think we will have next week?
Project Runway

Rachel said…
I do agree with the winner and loser, though I also loved the dress with the bustle and the fringe dress. I'm just kind of tired of Mathew's moping, so I'm not too sad to see him go. I agree that Daniel's dress was really bad, but I'm not ready for him to go yet, either.
February 24, 2013 at 10:05 PM