By becca - February 02, 2013
This was the first real team challenge for the all teams season. The designers were challenge to create uniforms for the ping pong social club, Spin. They had to create a look for a waitress, waitress and ball boy. They also had to incorporate the slogan "balls are our business."
Team Keeping it Real won again, showing that real teamwork pays off in this competition. They did have a little trouble splitting up work, and Patricia didn't love that she had to create leggings. After a talk with Tim though, things when back to harmonious teamwork.

Joseph Aaron and Richard created this ball boy look that landed in the top three. They judges liked the use of the slogan with the typography. They also liked that they created a harness for the net because ball boys need some place to carry it while they are gathering stray ping pong balls. 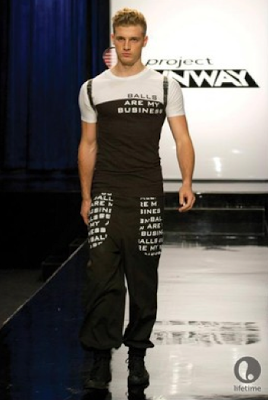 Stanley created this look for the waiters. The cool sweatshirt-style tee with the drop crotch jeans. The look worked well, used the logo nicely and seemed like a cool uniform to wear. 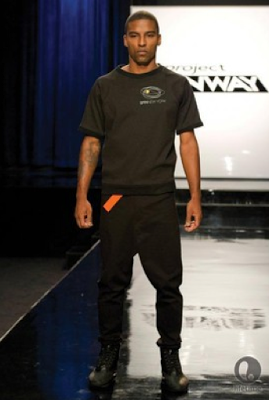 Layana and David teamed up to make the winning look. David made the vest with swooping lapels that mimic how a ping pong ball bounces, but the judges were most impressed with Layana's skort. They loved that the waitresses had a cute little short to wear that also functioned as an apron with pockets. Layana took the prize. 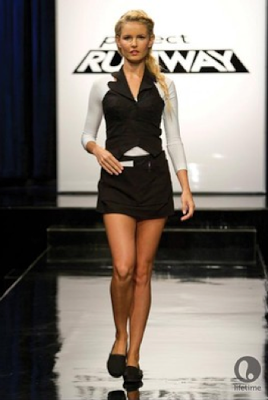 The Dream Team lost yet again. They cannot seem to work together. Those who tried just ended up running after teammate who didn't want help. Tim gave them a lot of feedback. They did improve after that, but not enough earn a top spot.

Benjamin and Matthew created this kilt look for the ball boys. I actually like the idea of a kilt. I thought it was a daring move, but the judges couldn't see past the most daring move of putting the slogan right over the crotch. The logo on the tank was cool, but I would have liked to see it as some sort of tee instead. 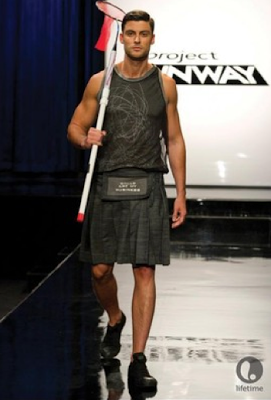 Benjamin ended up in the bottom twice (which is a shame, he seems like he could be interesting) with the shorts he made to go with Cindy's jacket. They totally missed the sporty feel they were going for. They ended up with a misplaced office-y look. The shorts fit poorly and the jacket was totally out of place for the challenge. 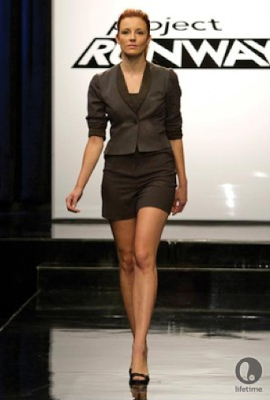 James created this capri pant with ill fitting tank, a look that sent him packing. There wasn't really anything right about it. It wasn't even a good idea. I don't really know where he was going with it. 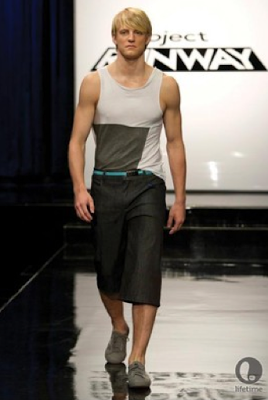 The other looks were a mix of highs and lows (mostly lows). Click through the slide show to read comments about each one.

Project Runway S11 E2: The Other Looks by fashionbeccafabulous on polyvore.com

What did you think of the first actual team challenge? I think the team aspect of the season made the team challenge a little less traumatic. I'm worried how things will go for good designers like Michelle who are trapped on a team that may never get it together. What did you think? Also, which look was your favorite? (Mine was Michelle's sporty dress).
Project Runway

Traci Marie Wolf said…
I agree, I liked the idea of the kilt as well but I felt that team Keeping it Real, were the true winners.
February 3, 2013 at 3:43 AM

Jael Paris said…
I love a man in a kilt.

Claire Kitson said…
The Dream Team doesn't really live up to it's name. They've lost a couple of times already. They really need to step it up.
February 7, 2013 at 3:11 AM

Rachel said…
I think I would have chosen Joseph Aaron and Richard's look for the win. It just fit the challenge really well and was well made and cool. They even went above and beyond the challenge with the harness. I did like the skort/apron of the winning look, but the top didn't do anything for me.

I agree with everything you said. I'm actually liking the team thing ok, but worry that some designers are going to lose a chance at winning just because their team sucks.
February 7, 2013 at 10:09 AM