Project Runway All Stars S2 E6: A Walk In The Park

By becca - December 07, 2012
This week the PR All Stars were taken to a cool park that had been created out of an old elevated railway. Here they were challenged to make a red carpet look out of eco-friendly materials. (Normally, this kind of stretch to relate a challenge to the outing would bug me, but seeing this park project was actually pretty awesome.) The designers passed around the fabrics then set to work.
By the way, guest judge Diane von Furstenburg! Whoa!


Safe Designers
Joshua: This look had a cool feel on the runway. I'm not sure the proportions worked at the waist or with out high the dress came up in the front. I do love the draping in the back. 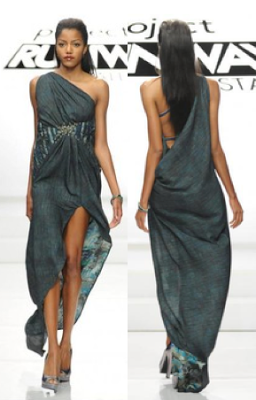 Casanova: I thought he might make top three with this look. The fabric was an interesting choice for a red carpet look. I loved the shape. I also think he made the best use of the two-sided fabrics they were given. Although, he might had scored higher if he had put the solid on the outside and the print peeking from underneath. I still like it this way though. 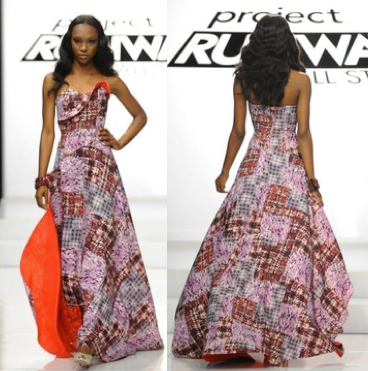 Top Designers
Anthony Ryan: This dress probably had the most impact walking down the runway. I agree with the judges that it had a bit too much fabric somewhere, but I think this is still my favorite of the week. He has a running blue and black with bold lines thing going. Will we see this in his collection? (We better get to see a collection from him). 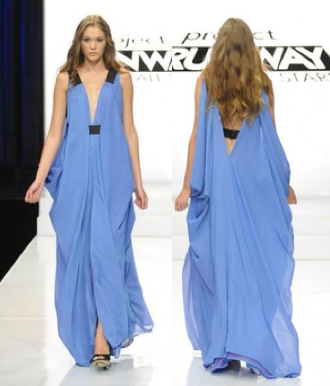 Uli: The judges called her dress a "happy accident" because anything this busy usually wouldn't work so well. I agree that it's hard to make this kind of business work, but Uli didn't do this accidentally. She knows how to place these things. She deserved credit for purposefully pulling this off. 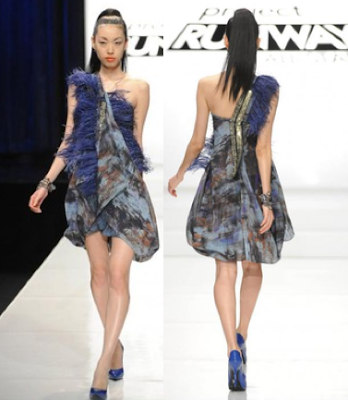 Laura Kathleen: She's a big fan of DvF so she worked like crazy to impress her. She took a risk doing this jumpsuit, but it paid off with a win. Laura might not be my favorite personality, and this might now be my favorite look of the week, but I was happy to see her get a win from her idol. (Also, Laura is much friendlier when she is passionately working toward a goal). 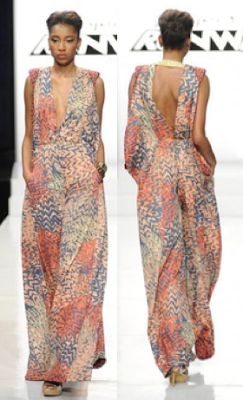 Bottom Designers
Emilio: What happened here? Emilio is a strong designer, but this look fell apart. The lining was a mess. The dress wouldn't need the embellishment if he had done it right. The hem wasn't finished. He was really embarrassed sending it down the runway so hopefully he has learned what went wrong and won't let it happen again. 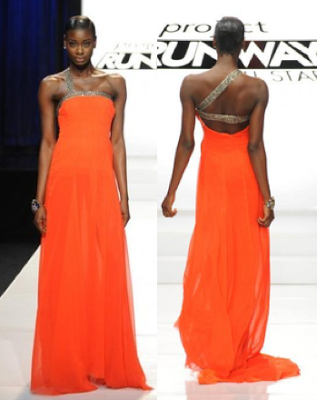 Ivy: She tortured this fabric. Isaac actually said, "This is the worst this fabric has ever look." He's right. Her idea to capture the sun in an eco-friendly look was a nice one. It even came through because you can see the rays. but the fabric just looks aweful. Somewhere, Ven is pleating fabric while quietly weeping and rocking back and forth. 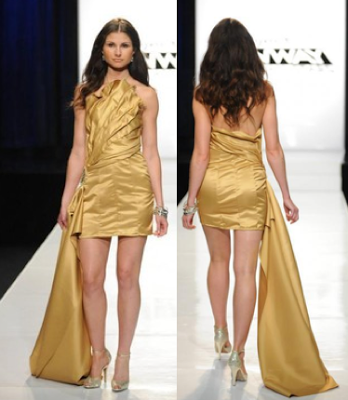 Althea: Her look was confusing. The colors didn't work. I'm not sure what she was going for. Overall, Althea hasn't been able to break out this season. She has mostly been safe. I actually think she is a stronger designer than Ivy, but I never saw that work from her during the season so I understand why the judges eliminated her. I'm still a bit sad to see her go, but I didn't expect her to make it to the end anyway. 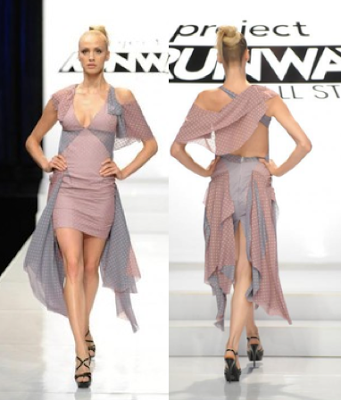 What did you think of this week's winner and loser? Did you like the challenge?

Unknown said…
I guess “A Recycled Tree Grows in Brooklyn.” I really liked this challenge, but was disappointed in Emilio not finishing his garmet. Ivy’s look was the worst of the bunch and I can’t believe she was saved this week. Next week looks like another exciting episode, unfortunately, I will miss it when it airs because of my new work schedule at DISH. I’m bad with setting weekly timers on my DISH Hopper, so instead I’m going to record the entire season. I have over 400 hours of HD DVR room and with that I won’t miss a single episode, and I can still record my other favorite HD programs the same night without using up much space. Can’t wait to see Kylie Minogue next week; should be interesting.
December 7, 2012 at 8:55 PM

Anonymous said…
wow, i really loved reading your summation of PR! i miss it being abroad for the year and i must say i'm bias towards casanova. i love him!
xx