This week's "interactive" challenge connected the designers to fans on Twitter who had submitted photos for inspiration. Each designer chose a photo to inspire a "newsworthy" design. The winner would be featured in USA Today in an interview post, a photo of their garment and their inspiration photo. I really liked the premise of this challenge. I think All Stars is doing a good job selection interesting challenges that are actually capable of producing fun fashion.

Safe Designers
Click through the slide show below to see our thoughts on the safe designers.

Laura was inspired by a water drop photo. Her dress was pretty, but not terribly show stopping. The things that made if worthy of it's top three spot was the print that Laura had created herself. I don't love the little flaps in the front or the back all that much though. For some reason, the USA Today representative seemed to think these looks all needed to be wearable in daily life. I'm not sure why that was in her mind because the clothes aren't going into production and crazy stuff is better in editorial. But she held that against Laura because the average person wouldn't have a lot of place to wear this. 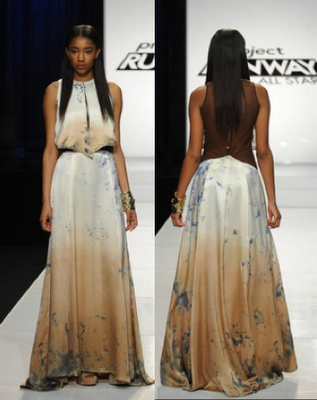 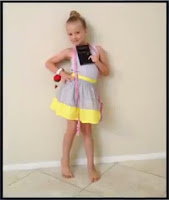 Emilio selected the photo of an adorable little girl. I love his reasoning--He wanted to recapture the innocence that fashion often loses. He captured the spirit of the photo with this light, bright dress. I really loved what he created. The judges wanted more volume out of the bottom worried that it was a hard dress to wear. Again, I'm not sure how important that is given the challenge. He created a very photogenic dress that captures his inspiration. 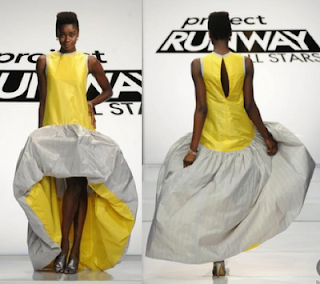 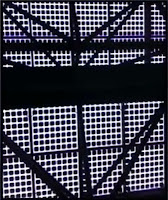 Anthony Ryan took the win with his body con blue dress. The judges did criticize him for using this shapes and these colors too much, but he still earned the win. Anthony Ryan has a compelling story as a cancer survivor. He used that when selecting his inspiration. I think his story was the little thing that tipped him over the edge to win the challenge. He will make a great feature. 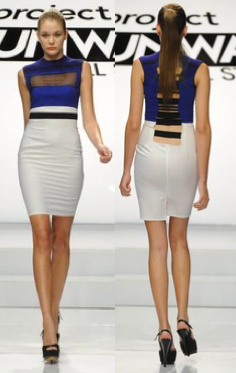 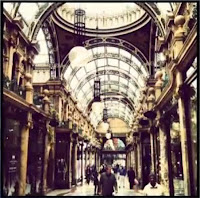 Althea tried to step up her game to get an audience with the judges. She achieved her goal, but not on the terms she'd hoped. Her suit wasn't well received with the awkward drop crotch and not quite there jacket. I did like the idea of this, but the execution probably took more time than she had. 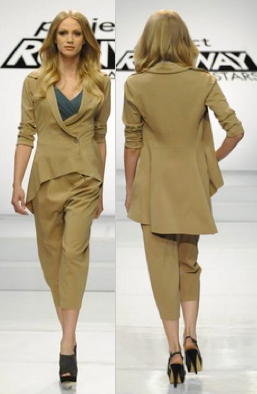 Joshua better be so happy the judges were fed up with Andrae because this look was a train wreck. I have no idea what he was thinking. It's just plain bad. It's not even made well. The colors don't work. As guest judge, Tavi Gevison, said the pieces don't work together yet they don't look like they would work as separates either. On the bright side, he's good at matching fabric colors. That's a bright side right? OK, the real bright side is that he knew it was bad so we don't have to worry about his taste. 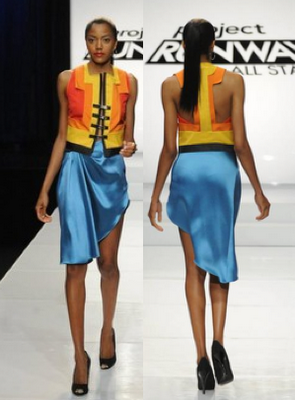 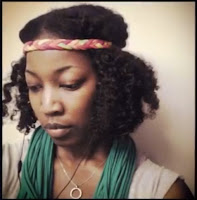 Andrae confused the judges yet again. He actually had an interesting idea. He created a pieces made from zip-apart panels that could be reordered. I think that would actually be a pretty cool idea for a pencil skirt if you wanted to switch out a colored panel, but he had two problems: 1. That's a hard idea to convey on the runway. 2. He did it poorly. The stretchy fabric make the zippers buckle and the whole thing looked messy. Also, he said his inspiration looked forlorn and he tried to challenge that, but it didn't come through at all. Even his styling didn't make sense. 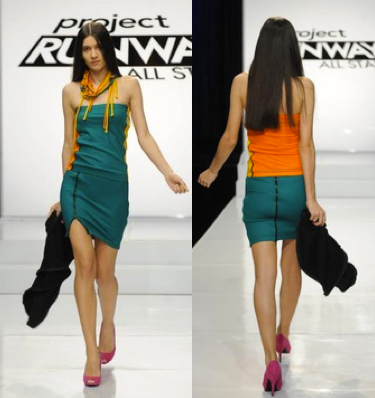 What did you think? Did the right people win and lose?
Project Runway

Rachel said…
I've been wanting Andrae to go home for weeks... finally!! He's just a little too cooky ;) I think Anthony Ryan is definitely my over-all favorite, but I would have liked to see Emilio win this one. His dress was so fun and different. Plus it reeeally bugged me that I could see AR's model's bra peeking out in the front mesh panel.
December 3, 2012 at 11:03 AM