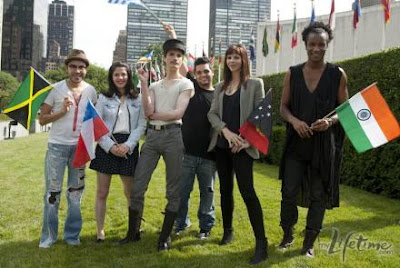 When Project Runway All Stars began, I was so excited to see the level of talent and fashion. However, the designers are now tired and so are the challenges. It doesn't help that the judges keep eliminating the wrong people. (Rami, we miss you).

The designers were trotted off to the UN to see all the flags. Then they were given six flags to chose from. They were told to make a design that was inspired by the flag. It wasn't clear if the design also needed to represent the country of their flags. The judges didn't even seem positive on that rule. The challenge could have been cool if the designers had all the flags to pick from or maybe if they would have had too all work from the same flag. I'm not sure what made the producers pick the flags they did, either. It seemed a bit random.

Joanna came in to critique the designs in progress. This is the portion of the blog post where I would like to thank Joanna. She asked the male designers why they so frequently create looks that don't allow for a bra. She knows women want clothing they can wear proper underwear with. Both female designers had created bra-friendly looks. I love that Joanna brought this up. Way to many clothes, and not just those designed for special occasions, require you to go braless or do some very sneaky layering/obvious bra showing. Those really aren't my thing. 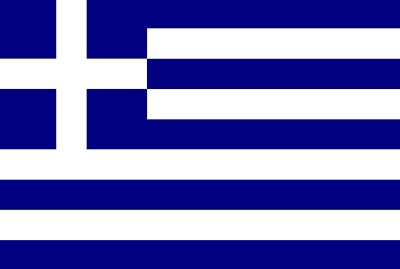 Michael was safe this week, but not safe from ridicule by the judges. His draping was off, which is rare for him. He couldn't figure out how to bring the blue into the look. The judges said the bow looked ready for Christmas. They also said the whole look was better suited to a beauty pageant than a runway. I have to agree. It reminded me of a cheesy pageant where every girl had to wear something that looked like her flag (actually that's how most of this challenge looked). 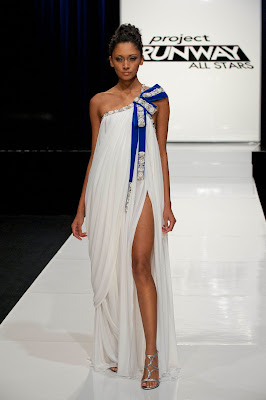 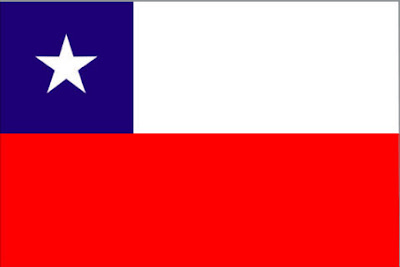 Kenley nabbed a top spot this week because everyone else did so poorly. This was probably her best look so far. It wasn't technically polka dots (it was hearts), but it still looked like everything else Kenley makes. I think it had nothing to do with her flag or the country of Chile. The judges decided to read into it and give the girl a story--she's ashamed of her mom's Chilean poncho (the judges assume all Chilean people wear ponchos) so she steps out in this "international" (their word, not mine) dress. I'm pretty sure Modcloth sells this, which is what I say about Kenley's stuff every week (or that Urban Outfitters sells it). Isaac did tell her she has to stop making dresses that look like this, but there is no way Kenley will take that advice to heart. 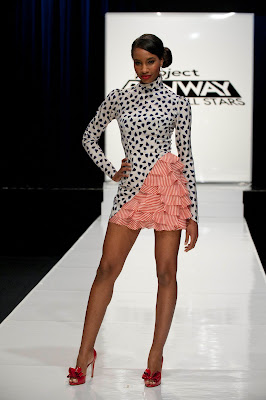 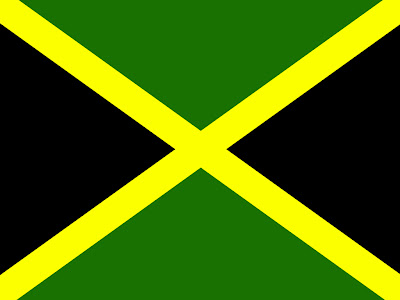 Mondo created the clear winner this challenge. His basic black dress gave off a Jamaican vibe with the relaxed matte jersey (the detail is hard to see in the photo). I liked the punch of color on the back. Isaac couldn't stand how obvious and "in-your-face" it was. If Mondo hadn't used color the judges would have said he didn't do the challenge. I think he used it in a great way, and it's only "in-your-face" if you're standing in line behind this model at Starbucks and you keep inching closer hoping it will make her order faster. I loved this dress, and I'm glad it won. I also hate the judges made it sound like Kenley was going to win for a bit there. That would have been awful. 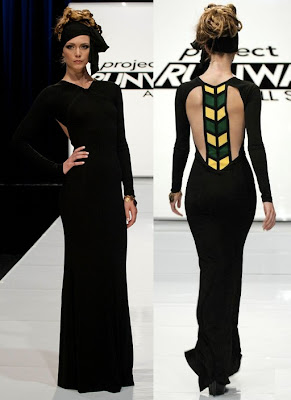 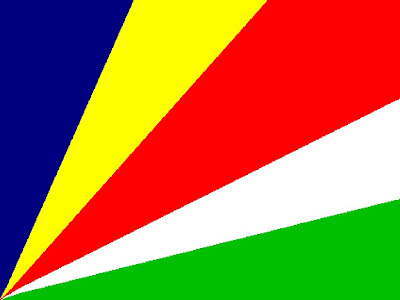 Austin had the country that was the most fun to say, which everyone discovered pretty quickly. (She sells sea shells on the Seychelles shores). Austin's dress was not so fun. Well, kids building a circus fort out of it might have found it fun, but the judges didn't. I didn't think it was the worst thing ever, but I do think I've seen the jersey version for sale at every cheap clothing store ever. It's just a boring rainbow maxi dress with weird little sheer wings on the back. Not his best work, but I applaud him for taking on vivid colors since he usually goes wedding white with everything. 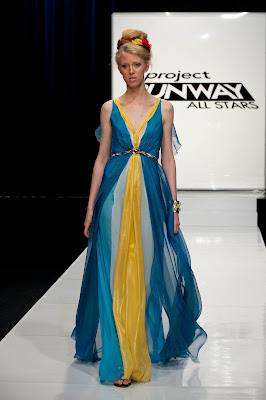 Jerell made a costume. Joanna said it looked like one of those dolls you buy at tourist depots. It wasn't even a good national costume. It featured a sparkly dress that we've seen many a prom designer make with a bunch of green fabric stapled on and enough stereotyped styling to make everyone cringe. The judges said all of this to Jerell who smiled and comprehended none of it. Also, he escaped elimination--somehow. I have no idea how. 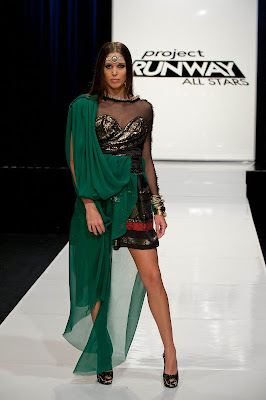 Mila took a serious risk with the dress. It didn't pay off for her either, but I applaud her for trying. Also, she should have been safe over Jerell because his dress was a mess. Her severely asymmetrical dress wasn't all that pleasing to look at, but I at least understood where she was going and what she was trying to do. It looked a little like really well constructed student work. In a collection with a clear story, this dress might have even made better sense. I don't think this was Mila's best work, but I would have liked to see her get another week so she could explore this new, brave path she seemed to be taking. She did, at least, make a dress inspired by the flag. Also, this was made way better than Jerell's, Austin's, and Michael's dresses put together. 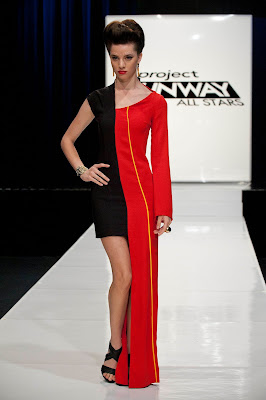 What did you think? Wasn't Catherine Malandrino a great guest judge? Did Mila deserve to go home? Was Isaac ridiculous in criticizing the back of Mondo's dress? What was Jerell doing? Please tell me Jerell will not make it to fashion week. Please?
Photo Credit: Barbara Nitke/Lifetime
Project Runway

Anonymous said…
Agree with all of your comments and concerns...who picked out these countries and why? And, once again I felt like Isaac was just talking to hear his own voice, it made no sense to pick on Mondo regarding the back design/color.
February 26, 2012 at 2:19 PM

Sarah O. said…
I agree with what most of the cast said on After the Runway- Mila got robbed and Jerell should have been sent home.
February 26, 2012 at 7:44 PM