By Jael Paris - February 23, 2012
Rooney Mara said she's having some trouble distancing herself from her Dragon Tattoo character. I get that. I still call people honey after a month with Blanche DuBois, but a good step to get out of character would be to stop dressing in character. Dye your hair back to not-black and stop wearing black all. the. time. Embrace your girly side again. Eat an ice cream sundae. Pick wild flowers. But most of that has nothing to do with the Oscars, so here are some suggestions. Dolce and Gabbana's Fall 2006 show was a romantic throwback to the Napoleonic era. A delicately embroidered empire waist dress is exactly what Lisbeth Salander wouldn't wear. Also not in her neo-goth punk wardrobe: bright colors. Jason Wu's recent color block gown has a smidge of black, but the red and pink are shockingly vibrant after a dark season. 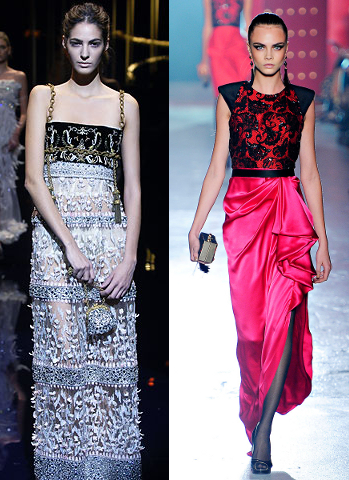 My Week with Marylin was supposed to be Michelle Williams' big foray into mainstream movies. Whether or not she's a household name because of it is debatable, but an "I'm a big damn movie star" dress at the Oscars wouldn't hurt. She's been really into neutrals and crew necks lately. Let's move away from the latter as it's not very star (please say with jazz-hands). If she wants to stick with neutrals, Alexander McQueen's peacock lace ballet dress will wow. For a real statement dress, pull out all the stops with Zac Posen's major gown. The color is killer and it gives other mermaid gowns an inferiority complex. 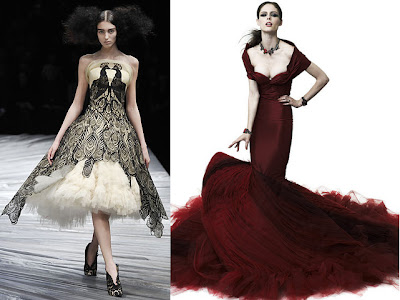 Jessica Chastian isn't afraid of color and hasn't trapped herself in one cut or style. Her trouble is not everything fits correctly. Let it be known that I say all this having never seen a movie of hers, but her red carpet has just been that strong the last year. Versace will not let her leave in an ill-fitting dress, and this yellow number is lovely. For some superstar sparkle, this sexy green Armani couture will do the trick. 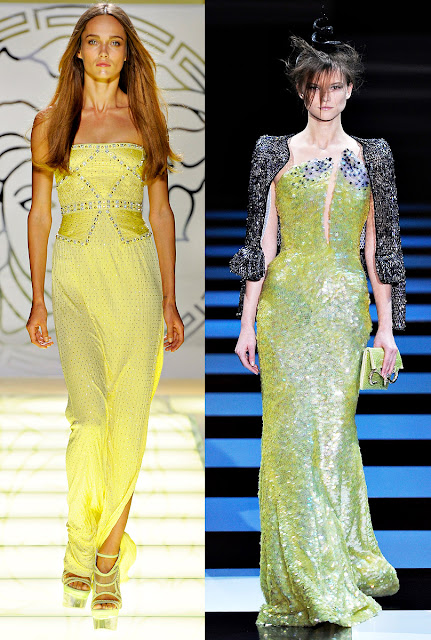 A couple months ago I powered through the first three seasons of Damages. Wow. Glenn Close is amazing at being a complicated sort of evil. In light of that, she should wear this spider web gown by Andrew Gn. Deadly and sexy. Glenn Close has been working in Hollywood longer than I've been alive, and she has the calm panache to pull off a pantsuit. Since she's nominated for playing a cross dresser in Albert Nobbs, she should seek out an ultra feminine option like this cream silk beauty from Chanel Couture. 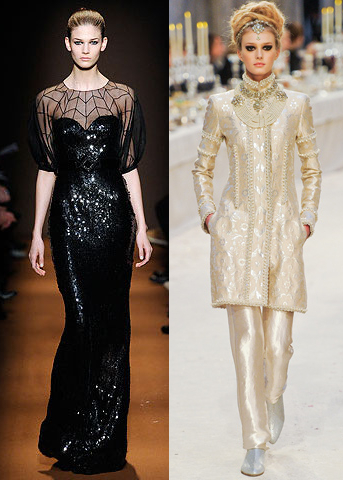 Melissa said…
These dresses are lovely. I am looking for unique modest wedding dresses to be my inspiration for my own wedding dress. We are planning to have a modern theme which I want to incorporate rare colors rather than plain whites.
July 22, 2012 at 11:37 PM