By Jael Paris - January 16, 2012
Vidal Sassoon: The Movie, directed by Bumble & Bumble founder Michael Gordon, is more of a love letter biopic than a straight up documentary. But the slight slathering can be forgiven, because Sassoon really reinvented Gordon's industry.

Vidal Sassoon was born in London right before the Depression. Due to financial constraints, his mother soon dropped him off at a Jewish orphanage. At the age of 14, he was sent back home and his mother decided he would learn the trade of hair dressing. She secured him an apprenticeship in White Chapel, one of the roughest neighborhoods in London. A few more shop jobs, elocution lessons, plus ten years, and Sassoon opened his own shop in 1954. 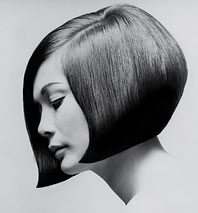 Like Charles Worth, the late Victorian designer considered to be the father of fashion as we know it, Sassoon did not listen to clients wishes. He was convinced that with the radical changes going on in design, architecture in particular, hair styles would have to change as well. So he opted out of the weekly stiff curl set and preferred to sculpt with just scissors. Thus was born the 60s bob, the 5-point crop and Mia Farrow's famous pixie cut (the creation of which spawned an honest to goodness media frenzy).


If you like movies about self-made men rising from nothing, documentaries about fashion and design or are just contemplating a brave new cut, Vidal Sassoon: The Movie is worth a watch. 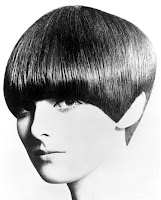