Christmas is the season for giving. Last year, Jael Paris took the time to tell you about some of her favorite charities, Heifer International and Room to Read. This year, I've learned about another charity that has really impressed me. It allows us to help people through fashion. We have fun with clothing and shoes here at Fashion Me Fabulous all year long, but for many clothes and shoes are basic needs that aren't being met. 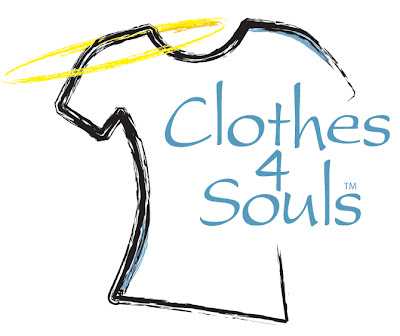 For people in developing countries in need of proper footwear or those suffering from natural disasters like earthquakes and tsunamis who lost everything, receiving new and gently used clothing and shoes can make a world of difference. Soles4Souls and their new division Clothes4Souls have created a system that allows everyone from major fashion retailers and clothing manufacturers to individuals like you and me to get involved.

Soles4Souls is a Nashville based charity that takes donations of new and gently used shoes and distributes them to people in need in over 127 countries. The charity began when founder, Wayne Elsey, responded to the 2004 tsunami that hit South East Asia by calling on executives in the footwear industry to donate shoes to the relief efforts. He did this again when Katrina hit and soon after formed Soles4Soles, which has since expanded to a worldwide movement. Soles4Souls has recently launched Clothes4Souls, their new division for clothing donations. 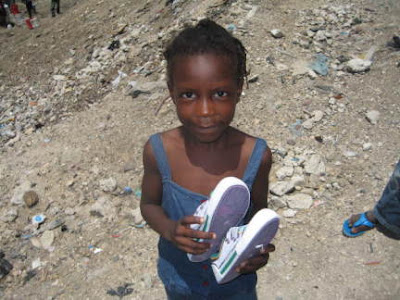 I love these charities because even if you aren't able to make a large monetary donation, you can give from your closet or a donation of your time to a shoe/clothing drive. Even if you only have a dollar to give, that will buy someone in need a pair of shoes. They also offer a Travel4Souls program that gives ambassadors a chance to make and see the impact of this charity first hand. To find a drop box near you or more ways to get involved, visit the Soles4Souls website.

What are some or favorite charities or ways to help those in need?

Jennifer Wells said…
I think my favorite charity is World Vision. When I give, I have my six-year-old son help choose how to help other people, because they offer different ways to meet the needs of others--clothing, food, clean water, education.