Project Runway, Where Are They Now? Kara Janx 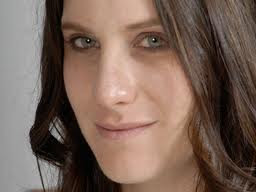 Project Runway Season 2 designer, Kara Janx, competed in a tough season fourth finishing after Chloe Dao, Daniel Vosovic and Santino Rice. She met some initial success after the show with many boutique stocking her clothes. Soon, however, the boutiques began to see her only as a reality star who was no longer on TV and no longer current. Add to that the dwindling economy, which caused several of Kara's loyal boutiques to close.

Faced with closing up shop, Kara reluctantly turned again to reality TV to save her line. She appeared on the Sundance Channel show, On The Line, which helps struggling designers rework their line and sets them up with potential buyers. The show's host, Joe Zee, creative director at Elle Magazine, wanted Kara to go back to the Kimono design that made her famous. She was reluctant to reference her time on Project Runway, but after updating the look, she was able to secure buyers. 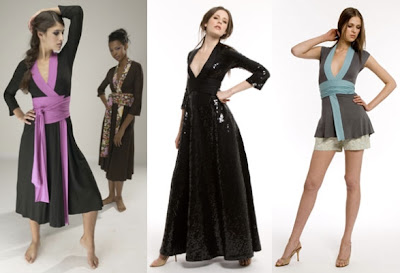 Kara Janx continues to sell her designs on her website. She also has a full collection of kimono dresses and tops. There is no word on fourthcoming collections beyond her kimono pieces, but hopefully she will be building on that soon. Perhaps her latest turn on reality TV will be just the break she needs.
Project Runway